The first prehistoric toys were small figurines of animals, marbles or miniatures of adult objects 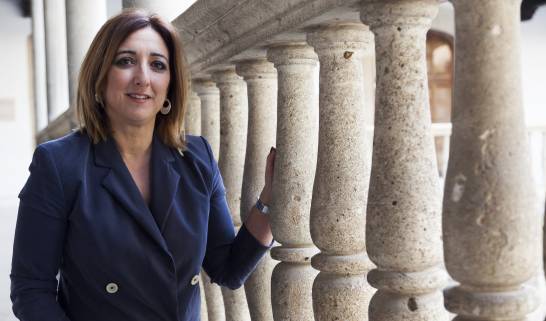 In archaeological records it is common for objects related to the uses made of them by women, boys and girls to go unnoticed due to a problem of interpretation. Margarita Sánchez Romero (Madrid, 1971), professor and researcher at the University of Granada, of which she is currently vice-rector for Equality, Inclusion and Sustainability, dedicates part of her work to expanding this knowledge from a perspective of feminist archeology.

Why do children appear little in archaeological records?

Throughout history, childhood has not been considered as a stage of life that was of interest for the study of past societies

Throughout history, childhood has not been considered as a stage of life that was of interest for the study of past societies. This is due, first of all, to the concept of childhood in contemporary Western societies, which rarely considers them as actors in the economic and social dynamics of communities. Thus, our concept of childhood (present and western) is transferred to any previous historical period. Second, the difficulty of recognizing them in the archaeological record has been argued, that is, they are not studied because we cannot see them.

It is related to the fact that care, socialization and learning practices, closely linked to the world of children, are related to women’s work, and we know how little recognition these practices have had (and those who have made them) in explaining the development of societies. Thus, boys and girls have been considered as passive members of societies that do not influence economic and social processes. This has perpetuated the idea that they are biologically and socially incomplete beings, and have been perceived only in relation to the adult world and its activities.

Is it important to know how and what they played?

Through the analysis of material culture, that is, of objects that appear both in domestic contexts and in graves, we know that boys and girls imitate the world of adults, playing biological roles and social. In this context, toys and games are the perfect means of transmitting behaviors typical of age, gender or social class, and they are also used as mechanisms to start introducing certain jobs and responsibilities.

There are objects that were probably made by childhood individuals themselves as part of their learning and socialization, by imitating the works and artifacts of adults

What kinds of prehistoric toys are there?

Among them we can find toys that were manufactured specifically to be used as part of their games. Others are made from objects discarded by adults and reused for the same or another function – for example, a chipped cup that becomes part of children’s games or the inner tube of a tire that becomes part of a car. swing – but there are also objects that were probably made by child individuals themselves as part of their learning and socialization, by imitating the works and artifacts of adults. Some are easily recognizable and, in other cases, we depend on the context in which they are found to be able to properly identify their function.

What are the first known toys?

The first elements that we can consider toys in prehistory have to do with small figurines of animals in clay or bone (such as the Isturitz lion made of bone and from the Magdalenian period or the clay pigs of Bronze Age from the Maszkowice site), marbles, sets of tabas or miniatures of adult objects (for example, small ceramic containers).

What do they contribute to us about the knowledge of the societies in which they lived?

His study allows us to approach a moment in people’s lives that is crucial, not only for personal development, but also for the group’s own social reproduction. It is the period in which skills and knowledge are acquired, the use of technology is learned, belief systems are assumed, personality is formed and values ​​and attitudes are instilled towards the world around us. And all this leaves traces on the objects they used, the spaces in which they carried out their activities and on their own bodies.

The study of these toys allows us to approach a moment in people’s lives that is crucial, not only for personal development, but also for the group’s own social reproduction

Approaching with archaeological methodology how they have gone through the processes of biological and social growth, knowing with which objects and spaces they were related or analyzing the socialization and learning mechanisms used by different societies, is a approach to child individuals and the societies in which they live. This opens up enormous possibilities to understand how each society articulates the different strategies that will help it to maintain its social, cultural, political or identity dynamics.

When did there begin to be a systematic study of children’s games?

Although its study in prehistoric societies is relatively recent, it is offering results that demonstrate the relevance of paying attention to these social groups; from the very conception of what childhood means, to the study of their bodies from a bioarchaeological perspective, to the analysis of the spaces they occupied or intervention in the rituals of their communities, among other topics.

In Spain, how did start this type of work?

In Spain, the so-called ‘archeology of childhood’ owes, in large part, its development to researchers from feminist and gender archeology who have understood the importance of the relationship (more or less constructed) between women and infantile individuals, the invisibility that both groups have suffered and the possibilities that its study can provide the historical discourse.

This interest in childhood is also evident in the proliferation of conferences such as the first held at the Humboldt-Universität in Berlin (2004), at the University of Kent (2005), at the Bergen Museum (2006) or the annual congresses organized within the framework of the Society for the Study of Childhood in the Past . The latter is an international and multidisciplinary working group that promotes the study of childhood in the past and has its origin in the work and reflection of researchers who, both theoretically and methodologically, began to examine all those elements through which it was possible to approach childhood and age in the archaeological record.

In Spain, the so-called ‘childhood archeology’ owes, in large part, its development to researchers from feminist and gender archeology

In your case, why did you decide to create the project Pastwomen ?

Pastwomen is a collective project, a collaborative space between researchers, managers, teachers and other professionals linked to prehistoric and protohistoric heritage whose main objective is to promote the visibility of feminist perspectives in archeology and history.

A project and a research network that, based from the outset on research projects obtained in competitive calls, has a double mission. On the one hand, to generate knowledge through specific research that allows us to know specific aspects of the lives of women – and of other groups, such as childhood or old age – in the past; on the other, and based on this research, generate the corresponding dissemination resources through different strategies.

We intend to correct the enormous gap in historical knowledge about women from the scientific knowledge of excellence and the dissemination of quality, using networking as a basic tool.

What are the latest studies that you have developed?

Seminars, congresses, scientific meetings and various publications have been held. But undoubtedly one of the most significant consequences of the work is the web page that aims to give visibility to the lines of research in archeology and history that are linked to the study of the material culture of women, at the same time that it aims to provide updated resources from feminist perspectives to all sectors involved in historical disclosure.

The contents of the website derive from the analysis of the material culture carried out by each of the team members in their different lines of research. It also contains a media library, a bibliographic database, a research map and a database of research groups. We also dedicate a section to offering resources with links to websites, documents, online articles, a YouTube channel and direct downloads of content for use in education.