IMPRESSIVE IMAGE OF ONE OF THE CLOSEST GALAXIES 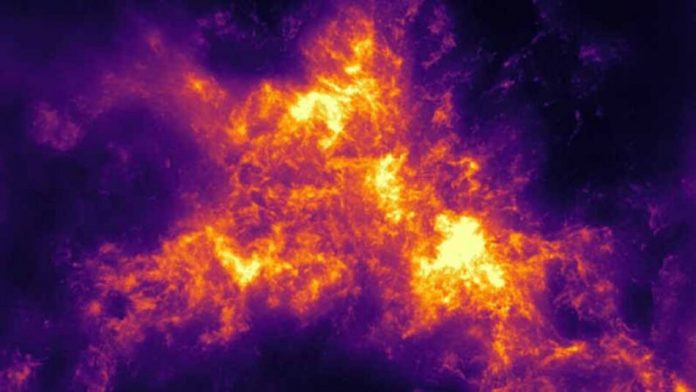 Australian scientists have managed to capture a close-up of the Small Magellanic Cloud, one of the neighboring galaxies to our own, the Milky Way

“The sharpness of this image is unprecedented.” This is the first thing Nickolas Pingel , lead author of a study carried out by Australian scientists, said . In their post on Twitter, scientists at the Australian National University posed a challenge: “Nickolas Pingel led the team that captured this stunning image, but guess what it is?”

It is the Small Magellanic Cloud , one of the closest neighboring galaxies to the Milky Way. Pingel explained that, so far, this photograph is the clearest yet of hydrogen emitted by this galaxy.

The Small Magellanic Cloud is known as ‘SMC’, short for Small Magellanic Cloud and in the galactic catalog it is ‘NGC 292’. It is a dwarf irregular galaxy close to the Milky Way, the galaxy in which our sun is located, and is an average of 200,000 light years distant. It is one of the most distant objects visible to the naked eye. It is a hundred times smaller than the Milky Way and therefore between 1 and 4 billion stars.

Pingel said that, for the first time, they have been able to see all the small structures. This is an important step in understanding the role of hydrogen in the evolution of galaxies. Hydrogen is the main element in the formation of stars. For example, the image shows that there are holes inside the gas, which indicates that hydrogen interacts with supernovae, which are stellar explosions.

But the team wants to take the project one step further. They say this image has been part of a pilot test, and they plan to collect more information next year.