LAIKA THE DOG, MONKEYS AND TURTLES: A TRIBUTE TO ASTRONAUT ANIMALS 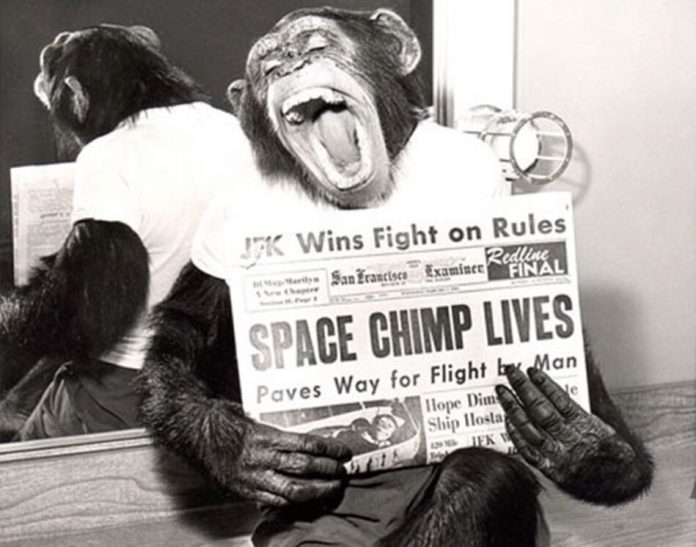 A tribute to the astronaut animals that traveled into space, from fruit flies, to Laika and tardigrades

The animals have been major players in space exploration since it was launched the first fruit flies into the upper atmosphere of the Earth in 1947. These insects were the first astronauts to the space program of the USA and departed from the US base White Sands Missile Range, New Mexico, flying in a Nazi rocket, the V2, at an altitude of 100 kilometers.

Since then, international agencies have used a wide variety of animals, from dogs, cats and primates to cold-blooded reptiles, to test the survivability of spaceflight, as well as the effects that microgravity could have on biological processes. humans.

CHIMPANZEES, MICE AND LAIKA THE DOG

Shortly after releasing the fruit flies, NASA sent several chimpanzees named Albert I, II, III, IV, who unfortunately died on their missions. For its part, the Soviet Union launched some dogs on suborbital flights during the 1950s. In 1951, aboard the R-1 IIIA, a V2-based missile, they launched Dezik and Tsygan at an altitude of 101 kilometers. , two dogs that became the first animals to survive a space flight. A few months later, scientists from the United States confirmed that the primate they had sent into space returned alive to Earth, although this time it did not exceed 100 kilometers in height, it stayed at 72. It was the Yorick monkey or also called Alberto VI , who died when his capsule overheated. He was accompanied by 11 mice, nine of them survived.

On November 3, 1957, the Soviet program sent the stray dog ​​Laika into space on Sputnik 2, shortly after launching the first artificial satellite, Sputnik 1. Laika thus became the first living being to orbit the Earth, although it was also the first animal to die in orbit. Scientists wanted to know if an animal was capable of surviving orbital launch and travel, and this mission was not designed to bring the dog back alive. Four years later, Yuri Gagarin was the first human to do the same on board the Soviet Vostok 1 in 1961. Also in 1961, the chimpanzee Ham traveled into outer space after being trained for the North American mission Mercury-Redstone 2. Thanks to Ham, it was shown that operations could be carried out during space flight because the chimpanzee avoided electric shocks and moved levers. in exchange for bananas. On his return he received a hero medal.

So far, and according to the official documents of the programs of the United States, the Soviet Union, France, China and Iran, 32 primates have flown above 100 kilometers. In 2002, Australia set an altitude of 100 kilometers as a reference to consider that a mission had reached space.

THE TURTLES THAT WENT TO THE MOON

The French program managed to send the first cat named Félicette, or better known as Félix, in 1963 to analyze how the weightlessness of flight affected the brain of an animal. The cat returned safe and sound.

The Soviets sent to the Moon two turtles , fruit flies, worms, along with seeds and plants on the Zond 5 mission in 1968. A dummy was a pilot to measure the radiation levels that an astronaut could be exposed to. The reptiles came back alive and became the first inhabitants of our planet who managed to surround the Moon . Scientists with the two turtles sent into space. Source: YouTube

Other animals that have helped to explore space have been the spiders Arabella and Anita, in Skylab 3, and they also wove the first spider web in space in 1973. On this mission they traveled together with the guppy fish. There have also been jellyfish and guinea pig astronauts in the 90s. WHO WILL TRAVEL TO INTERSTELLAR SPACE?

We cannot forget the tardigrades , also called water bears. These microscopic eight-legged beings survived in space without any protection other than their natural envelope for 10 days. The Photon mission of the European Space Agency and its Russian counterpart were able to verify this in 2007.

They had no problem withstanding deadly levels of solar radiation, 1,000 times higher than those received by the Earth’s surface, and they even reproduced without complications when they returned to Earth, according to the research carried out .

But the missions continue and scientists continue to count on animals for their space travel. Precisely, a recent study from the University of California suggests that the first living being that would set foot in interstellar space in a few years would be a tardigrade for being the toughest animal in the world .

‘Water Bears’ Able To Survive Exposure To Vacuum Of Space