Mars, the Moon and new astronauts in the ESA program for 2022 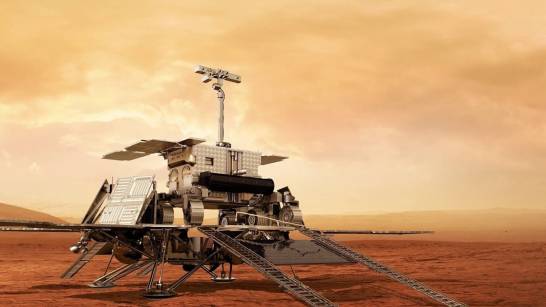 Like every beginning of the year, the European Space Agency (ESA) , with its general director Josef Aschbacher at the helm, has called the media to detail the missions, launches and projects that it will develop throughout 2022.

As Aschbacher explained in a press conference online , the ESA budget for this year amounts to 7,152 million euros, of which almost three quarters will go to Earth observation programs, space transportation, navigation and robotic and human space exploration. 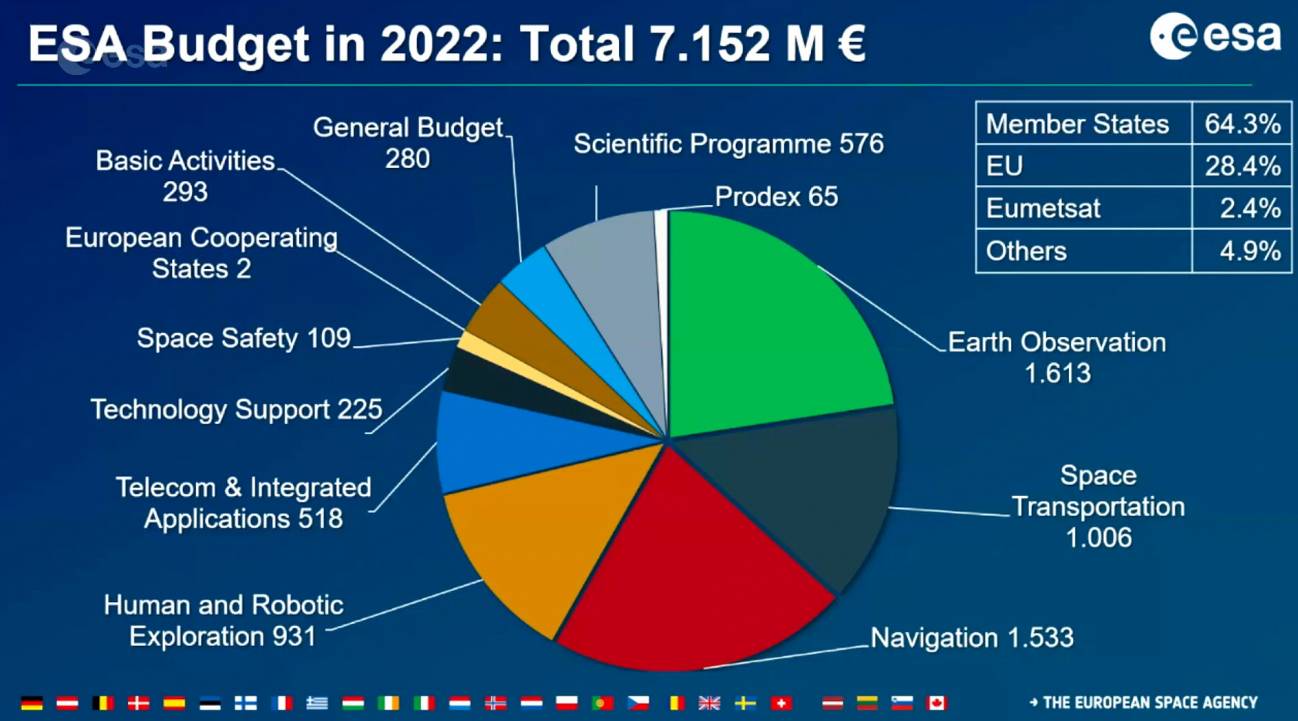 Detail of the budget of the European Space Agency for 2022 presented by its director general, Josef Aschbacher. / ESA

Next March, the launch of the mission Artemis I in orbit around the Moon , the first of NASA’s Orion spacecraft in which the ESA participates with its European Service Module (ESM) . Meanwhile, preparations continue for Artemis II, which will carry crew members.

In April, the Italian ESA astronaut Samantha Cristoforetti will begin her second mission on the International Space Station (ISS), where she will serve as commander of Expedition 68. That same month the astronaut will return German Matthias Maurer after conducting many experiments in the orbital complex.

The expected new data from the mission Gaia 3 will be released between May and June, when the first images and spectra will also be made public ( Early Release Science ) of the James Webb Space Telescope , led by NASA but with a significant European contribution.

Liftoff of the ExoMars 2022 rover

But if there is a key event for ESA this year, it is the launch of the rover Rosalind Franklin from ExoMars , in collaboration with the Russian agency Roscosmos, which will take off for Mars in September to search for signs of life on the red planet. The vehicle for this mission has successfully completed several tests and, in the absence of some minor adjustments, all its components are ready.

The Rosalind Franklin rover will be launched to Mars in September, the schedule is positive, the 35m parachute has already been tested and the launch campaign at the Baikonur Commodrome begins in April

“The programming margin is positive, the 35 m main parachute has already been tested, the flight software test is underway, the operations tests have started, the Russian electronics are being repaired and the launch campaign at the Baikonur Commodrome begins in April”, Aschbacher has detailed about ExoMars 2022.

For its part, although with no scheduled date yet, the inaugural flights of the launchers Ariane 6 (heavier) and Vega-C (light) from Europe’s Kourou spaceport in French Guiana are also planned for this year. The first satellite Meteosat Third Generation will also take off from the same place.

In addition, in 2022 ESA continues to develop a new generation of Earth observation satellites, such as FLEX, Biomass and EarthCARE, and to collaborate with the European Union in the development of six new Sentinel satellites for the Copernicus program .

At the end of the year, in November, the selection process for astronauts ESA will end. This Tuesday it has been confirmed that the first phase has been completed: of the more than 23,000 applications submitted, 1,391 candidates have passed to the second phase, in which cognitive, technical, motor coordination and of personality. Among the finalists it is planned to select an astronaut with a physical disability, a parastronaut.

The space exploration with European humans is, along with other future missions, such as bringing samples from an icy moon , “inspiring” projects for the ESA , as commented by its director, who has recognized that Europe –compared to other space powers such as the US, China and Russia– lacks independent means to carry out this exploration and space transport with crew members, so it does not have its benefits scientific, economic and political potential.

“It is a political election, a political debate is needed,” Aschbacher pointed out. In this sense, the decisions adopted at the ESA Ministerial Council to be held in Paris in November may be relevant, although before that, next February, the European Space Summit will be organized in Toulouse , also in France.