The 1000 light-year bubble that surrounds the Sun is the cradle of nearby stars. 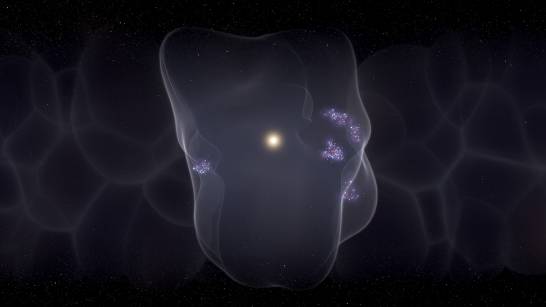 Earth and our solar system as a whole lie at the center of a 1,000 light-year ‘void’ surrounded by thousands of young stars, but how did they form?

In an article published this Wednesday in the journal Nature , astronomers from the Harvard-Smithsonian Center for Astrophysics (CfA) and the Space Telescope Scientific Institute (STScI) in the US, together with European colleagues, they reconstruct the evolutionary history of our galactic environment, explaining the events that have led over millions of years to the creation of the gigantic bubble where nearby stars are born.

The central figure of the article, a interactive 3D animation , confirms that all young stars and star-forming regions, within a radius of 500 light years from Earth, they are on the surface of that colossal bubble known as Local Bubble . Although its existence has been known for decades, scientists have now been able to see and understand how it originated and its impact on the gas that surrounds it.

14 million years ago a series of supernovae began to explode and were pushing the interstellar gas outwards, creating the bubble-shaped structure, on whose surface, about 500 light years away, all the nearby young stars are formed

Thanks to new data analysis and 3D modeling, the authors explain that a series of supernovae began to explode for the first time 14 million years ago and they were pushing the interstellar gas outwards, creating the bubble-shaped structure with a suitable surface for the formation of stars.

“For the first time we can explain how the formation of nearby stars began,” says astronomer and co-author Catherine Zucker , who worked at the CfA and now at the STScI, adding: “We have calculated that some 15 supernovae have exploded over millions of years to form the Local Bubble that we see today.” 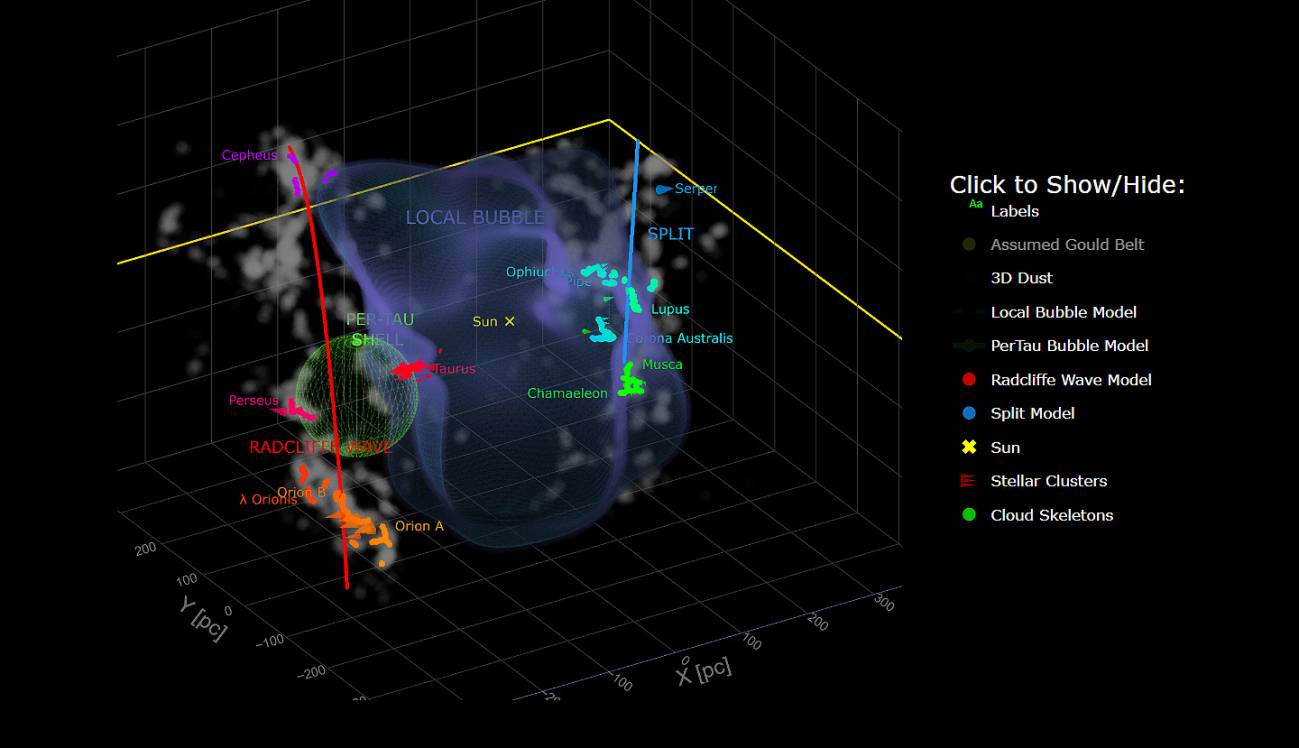 This oddly shaped bubble is not dormant and continues to grow slowly : “It is moving at about 6 kilometers per second”, Zucker points out, “however it has lost most of its momentum and, in terms of speed, it has stabilized ”.

The bubble’s expansion rate, as well as the past and present trajectories of young stars forming on its surface, were deduced using data from the Gaia mission of the European Space Agency (ESA).

“The elements processed in the supernovae end up in the new stars (mixed with the gas that was close to the supernovae)”, tells SINC another of the authors, João Alves , professor at the University of Vienna (Austria). “In addition, the material ejected by supernovae plays an important role in the formation of new planets – this is where iron, gold, etc. also come from. of the Earth–, determining, for example, if they will be rich or poor in water ”, adds

Our Sun is by chance in the center of the bubble: it entered about five million years ago and will emerge within another five, according to the authors

Regarding the central position of our Sun in the bubble, the professor indicates that it is purely by chance: “When the first supernovae that created the Local Bubble exploded, the Sun was very far from the action, but it does about five million years ago, the trajectory of our star through the galaxy took it right inside it, and now it is – luckily alone – almost right in the center of the bubble ”.

“As the bubble is not expanding much (although more supernovae are expected soon, like the star Antares), the Sun should come out of the bubble in about five million more years,” explains Alves to SINC, who points to the possibility that our star had originated on the surface of another bubble before traveling to its current position: “Yes, we have evidence in the meteorites of the solar system that the Sun was born near a supernova”, states

Researcher Alyssa Goodman from Harvard, from the CfA and creator of glue ( the data visualization software used in the work) compares the Milky Way with a large Gruyère cheese, where supernovae open holes and with the ejected material new stars are formed around it. The study proves this idea, raised almost 50 years ago , when it was theorized about the omnipresence of superbubbles in our galaxy.

Now the authors plan to map more interstellar bubbles in 3D to get a comprehensive view of their characteristics and relationships, allowing astronomers to understand the role dying stars play at birth. of new ones, as well as in the structure and evolution of galaxies like the Milky Way.

The studies, data, images and interactive videos associated with this research have been made available to any interested person through a web . Furthermore, the results have also been presented and recorded during a press conference of the American Astronomical Society (AAS).

“Star Formation Near the Sun is Driven by Expansion of the Local Bubble”. Nature , 2022.