They prove that neutrino models, essential to understand the origin of the universe, need to be improved 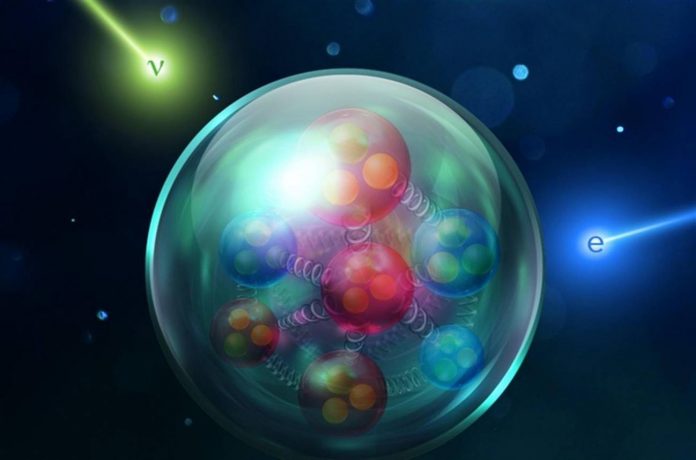 The neutrinos , one of the most elusive particles in the universe, could hold the key to finally solve the mystery of the origins of our universe dominated by matter , and are already underway preparations for important experiments million euros to reveal the secrets of these particles, explains a statement from the Thomas Jefferson laboratory of the United States Department of Energy.

These subatomic particles are ubiquitous, generated in great numbers by stars throughout the universe. Although common, these “shy particles” rarely interact with matter, making them very difficult to study.

The methods and models used to study neutrinos must be improved to achieve the precision necessary in the large experiments that are underway, warns a group of physicists

Their measurements depend on models that predict how neutrinos interact with the nuclei of atoms : neutrinos cannot be detected directly, but can be detected indirectly by observing the particles that are emitted when they interact with atomic nuclei.

Now a group of physicists publishes a study in the journal  Nature  where they warn about the need to make “important updates” in the models of these particles so that the experiments achieve high precision results.

This is the conclusion of an investigation carried out at the Thomas Jefferson accelerator facility: “The result is actually to point out that there are aspects of the energy reconstruction methods and models that must be improved ” so that the ongoing projects achieve the precision necessary to achieve the expected objectives.

According to the authors, a better understanding of how these relate to matter is needed to get the most out of future experiments.

There is a phenomenon, known as neutrino oscillation , in which neutrinos change from one type to another. “It is interesting to study it because it is not well known,” says Mariana Khachatryan , co-author of the study and associate researcher at Florida International University (USA).

One way to study this oscillation is to build giant, ultra-sensitive detectors to measure neutrinos deep underground.

“The way physicists do it is by measuring all the particles that come out of the neutrino interaction with the nuclei, and reconstructing the energy of the incoming neutrino to learn more about them, their oscillations, and to measure them very, very precisely. “, details for his part Adi Ashkenazi , from the University of Tel Aviv (Israel).

To do this, a theoretical simulation called Genie is used , which allows physicists to infer the energies of the incoming neutrinos. Genie is an amalgamation of many models that help reproduce certain aspects of the interactions between neutrinos and nuclei.

The help of the electron

Since so little is known about these, it is difficult to test Genie directly, which is why this research used “a humble particle” that physicists know much more about: the electron , since the two have many things in common. “We use electron studies to validate models of the interaction between neutrinos and nuclei,” says Khachatryan.

The team used an electron scattering version of Genie ( e-GENIE ) to test the same algorithms that neutrino researchers will use.

If the model doesn’t work for electrons, where we are talking about the most simplified case, it will never work for neutrinosAfroditi Papadopoulou, study co-author

“We use exactly the same simulation that neutrino experiments use and we use the same corrections”, explained Afroditi Papadopoulou , also a signatory to the study, “and if the model doesn’t work for electrons, where we are talking about the most simplified case, it will never work for neutrinos ”.

However, when Genie was used to model the data, its performance was not as expected: “this can skew the neutrino oscillation results,” he warns.

According to the team, the goal is to achieve broad agreement between the data and the models, which will help ensure that the DUNE (United States) and  Hyper-Kamiokande (Japan) experiments can achieve the high-precision results that are expected.