They record the passage of asteroid 1994 PC1 near our planet

The new telescope Guille y de Solà (TGS) of the Pujalt Observatory (Barcelona) has been released tracking and filming the asteroid 1994 PC1 , which has a size of one kilometer in diameter and that on Tuesday, January 18, at 10:51 p.m., passed through the closest point to Earth, at approximately 1.9 million kilometers, about 5 times the distance between the Earth and the Moon.

This asteroid, well known to experts from NASA and ESA in planetary defense , was discovered in 1994 from Australia and belongs to the Apollo group of asteroids, that revolve around the Sun in orbits close to the Earth. Its approach has not represented a danger, but professional and amateur astronomers have taken advantage of the occasion to observe it and record its trajectory.

From the Astronomical Park of the Pujalt Observatory, the scientist Josep Maria Llenas has done this follow-up with the new telescope, pending official inauguration due to the pandemic, which has thus launched its work collaborating in the contribution of data on this asteroid for the scientific community.

Llenas has confirmed that “this asteroid does not pose any danger to Earth at the moment, however, monitoring this and many others help the scientific community to be able to adjust much better close approaches in the future” . 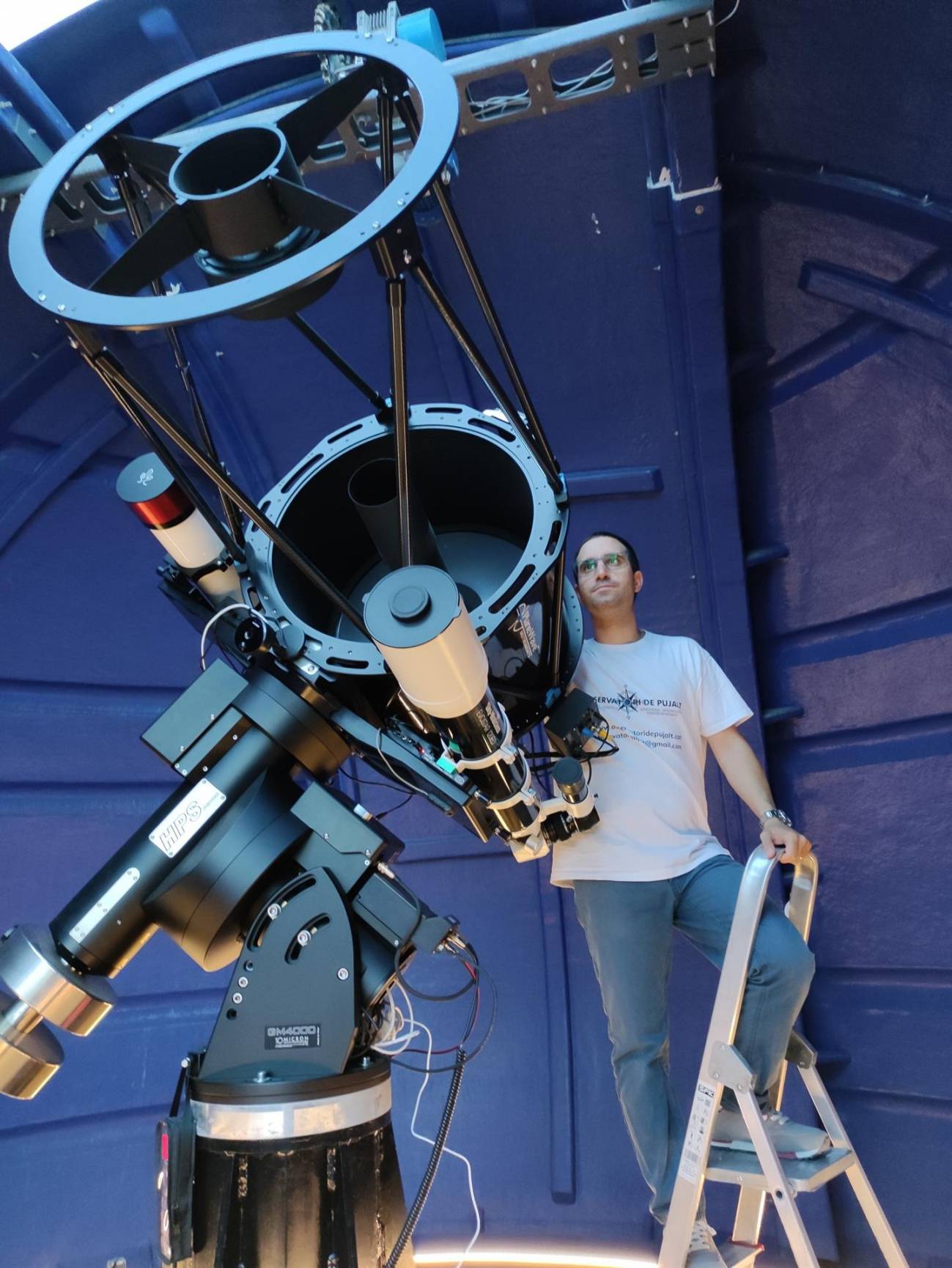 The astronomer also recalled that last November NASA launched the DART mission , which aims to impact an asteroid in order to slightly vary its orbit and thus be able to check if current technology could divert an asteroid like the one that 66 million years ago, at the end of the Cretaceous, extinguished the dinosaurs and that it calculates had a diameter of about 10 kilometers.

Share
Facebook
Twitter
Pinterest
WhatsApp
Previous articleAcoustic waves caused by the eruption of the Tonga volcano detected in the Pyrenees
Next articleGO Snapshot in Pokemon GO: what is it and how to take a photo
RELATED ARTICLES
Astronomy and Astrophysics