WHAT IF IT WAS POSSIBLE TO TRAVEL TO THE MOON ONCE IN A LIFETIME? 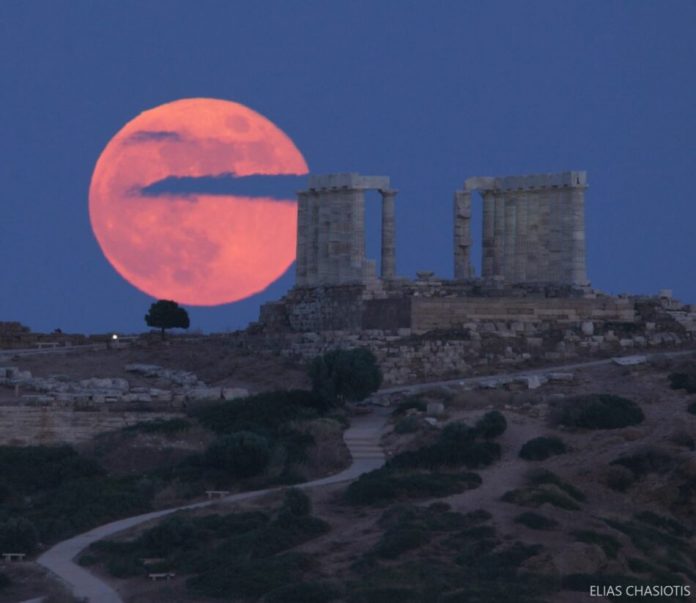 The conquest of the Moon has just begun. NASA has a mega rocket in motion that is going to change everything. No more sending robots to explore the Solar System, it’s time for humans

385,000 kilometers separate us from the Moon, the satellite that gives us tides and eclipses. Early humans knew much more about the Moon than about other continents for thousands of years, and as soon as we started writing fictions, we dreamed of reaching it.

In True Stories , the Greek-Syrian Luciano of Samosata (125-181 AD) described how a ship, turned into a flying ship as a result of a typhoon, reached the Moon in seven days, curiously, more or less the same time as the first trip to the Moon with humans on board lasted. It is the first surviving text describing a means to reach the Moon. Afterwards, the literature is full of proposals. Dante in the Divine Comedy rises to the moon on a cloud; Cyrano de Bergerac, lifted up by the vapor of the dewdrops. NASA has more realistic methods to make the challenges possible: Orion is the name of the spacecraft that will take humans to the Moon starting in 2025.

There are currently 17 space missions underway targeting the Moon . Technological development in the aerospace industry brings the satellite closer and closer.

The first mission with humans on board lasted 8 days, 3 hours and 35 seconds, until reaching the Moon on July 20, 1969. And there was Buzz Aldrin’s footprint, unchanged in a climate without winds, like the footprints of dinosaurs . That footprint is the first step in human colonization of the Moon. The Anthropocene beyond Earth. Now NASA wants to go back to the Moon, but this time, to stay.

The first photo of the Earth seen from the Moon was transmitted on August 23, 1966 from the Lunar Orbiter I to the Robledo de Chavela space station, in Spain.

THE ROCKET THAT OPENS THE WAY

The Moon has never been so close. The reason is the powerful new Space Launch System Space Launch System (SLS) has developed NASA. It is the most powerful rocket ever built. The rocket will debut launching the Orion spacecraft, designed to get humans safely to the Moon and back home.

The development of a rocket of these characteristics, and of a spacecraft specially designed to carry humans on board, with 21st century technology, will transform space exploration in the coming decades. What is happening goes beyond the millionaires-only candy from Virgin Galacti or Blue Origin . It’s about making sending humans to the Moon more efficient. Profitability will come later, and space mining is the answer.

In the same way that the Apollo missions defined an era, the Artemis missions start in this century . With these missions, NASA intends to reopen the solar system for investigation and exploitation by humans, rather than robotic probes.

In March of this year, if there are no further delays, they will test Space Launch on the Artemis I mission. This time Orion will have no crew. The service module  has been manufactured by the European Space Agency, which will supply the main propulsion system and power for the spacecraft (as well as housing air and water for astronauts in the future).

Orion will pass through the Van Allen radiation belts  and fly about 100 km above the surface of the Moon. It will then use the gravitational force of the Moon to propel itself into a new deep retrograde orbit, some 70,000 km from the Moon, for three weeks, farther than a manned spacecraft has ever traveled before.

The spacecraft will stay in that orbit for about six days to collect data and allow mission controllers to assess the spacecraft’s performance.

The spacecraft will enter Earth again at 11 kilometers per second, withstanding temperatures of approximately 5,000 degrees Fahrenheit (2,760 degrees Celsius), and will fall into the sea, off the coast of Baja California.

The   second flight of Orion will carry humans on board. Artemis II will be the first step towards the conquest. There will be a crewed trip around the moon in 2024 followed by a lunar landing in 2025, 53 years since Apollo 17 landed in the Taurus-Littrow valley in 1972.

Orion is designed to carry between four and six astronauts when fully operational, it will be equipped with a service module, created in collaboration with ESA (European Space Agency).

The crew will include at least one female and the mission will mark the beginning of a program aimed at establishing a lunar colony.

This time, the crew will include at least one woman and the mission will usher in a program aimed at establishing a lunar colony. A primary target is Shackleton Crater, near the moon’s south pole, which is believed to contain ice deposits. Not only will water provide valuable sustenance for astronauts, it can be exploited as a source of hydrogen and oxygen, through electrolysis, which can be combined as rocket fuel.

It’s not just NASA and ESA that target the Moon. Russia and India plan to launch their own lunar landers next year, while South Korea is scheduled to place a satellite in lunar orbit to study its mineral composition.

THE MOON IS A MINE

The examples of songs that have made us dream of traveling to the Moon are endless. Frank Sinatra, of course, with his Fly me to the moon , closely associated with the Apollo missions. Then came Police, with their 1979 Walking on the moon , a song that Sting claims he wrote drunk in a Munich hotel, and REM questioned whether the moon landing was real in his 1992 Man on the moon .

New songs will arrive. A new chapter opens in space exploration, and technological development indicates that the old dream of installing a base on the Moon, and visiting it, will be a reality. It is possible that the first settlers will go there in search of work, and the Moon will become a mine to be exploited. And at the end of the story, Buzz Aldrin’s footprint will only be one of many. However, the view of the Earth from the Moon will have been worth any trip.