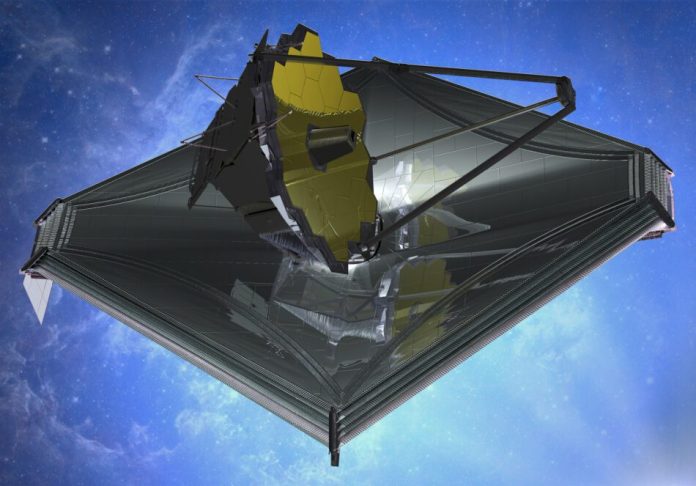 The launch date of the James Webb Space Telescope is confirmed on December 24, at 1:20 p.m. Spanish time, and can be seen live. This is what is expected to happen so that everything goes well

Late yesterday, launch teams successfully completed encapsulation of the observatory within the Ariane 5 rocket that will launch it into space. The James Webb Space Telescope will be the world’s leading space science observatory, solving mysteries in our solar system, looking beyond distant worlds around other stars, and exploring the mysterious structures and origins of the universe.

The launch of Webb will be a watershed moment for NASA and its partners, ESA (European Space Agency) and the Canadian Space Agency (CSA), but it is only the beginning. The next 29 days will be exciting but heartbreaking. Thousands of parts must function properly, in sequence, to deploy Webb into its final configuration, all while blasting through space, toward a destination 1.5 million kilometers from Earth, in the opposite direction from the Sun.

Webb is scheduled to launch at 1:20 p.m. on Friday, December 24 in an Arianespace Ariane 5 rocket from the European spaceport in Kourou, French Guiana, on the northeast coast of South America.

NASA will also offer a launch broadcast in Spanish starting at 1:30 p.m. on the agency’s website.

WHAT SHOULD GO WELL AT LAUNCH

After 206 seconds of flight, at an altitude of about 120 kilometers above the atmosphere, the two halves of the rocket fairing that protect the observatory during the ascent will be separated by a pyrotechnic system. It will be the first acid test. The ground teams expect to receive communications from Webb shortly after the separation.

Webb will separate from the launch vehicle nearly 28 minutes after liftoff, and from this point, the ground team at the Space Telescope Science Institute in Baltimore will have full control to begin the most complex sequence of deployments ever attempted on a mission.

The first deployment of Webb , its solar powered feeder, will occur between 31 and 33 minutes after takeoff, shutting down the observatory’s internal battery, supplying nearly 2 kilowatts of power to power the spacecraft’s electrical systems and avionics.

The James Webb Observatory will pass the Moon nearly two and a half days after launch, faster than the time it took for the Apollo astronauts to reach lunar orbit.

At 12 1/2 hours after launch, Webb will fire up its thrusters, making the first of several critical heading corrections that send the observatory toward its final destination in orbit. The observatory will pass the Moon nearly two and a half days after launch, faster than the time it took for the Apollo astronauts to reach lunar orbit.

The Webb mission, an international partnership with ESA (European Space Agency) and the Canadian Space Agency, will explore all phases of cosmic history, from the inner solar system to the most distant observable galaxies in the early universe, and everything in between. is in the middle.

Webb will reveal new and unexpected discoveries and help humanity understand the origins of the universe and our place in it.

Share
Facebook
Twitter
Pinterest
WhatsApp
Previous articleTHIS IS HOW YOU CAN SEE AND PHOTOGRAPH THE COLD WINTER MOON, THE LONGEST OF THE YEAR
Next articleFound the first (real) millipede with more than a thousand legs
RELATED ARTICLES
Astronomy and Astrophysics