WHY DO THEY SEND THE JAMES WEBB TELESCOPE A MILLION AND A HALF KILOMETERS? 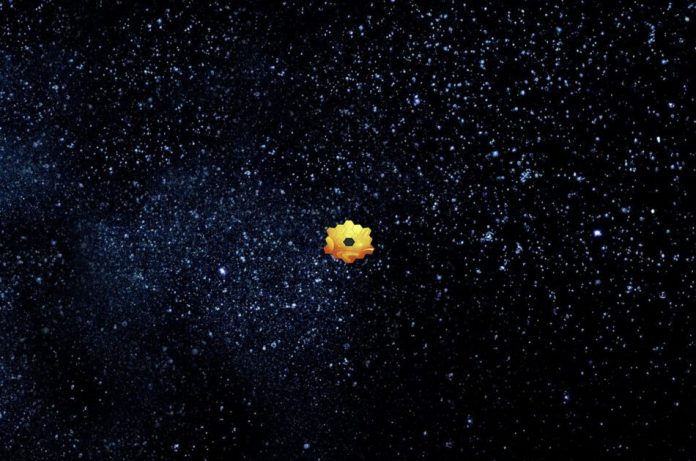 At that distance, a repair is impossible if something goes wrong. What’s so special about that exact point in the cosmos that the James Webb super-telescope is pointing to?

That the universe is full of wonder is hardly debatable, but there are points in space that border on magic. Physicist Gerard O’Neill suggested in the 1970s that humanity might one day move into floating homes located at a Lagrange point between Earth and the Moon. They are so unique spaces that it is possible to place something in them, a satellite, a floating home for humanity, or a super-telescope like James Webb , without it moving, without escaping into the vastness of the cosmos.

One of these points has been chosen to locate James Webb, the astronomical observatory whose launch is scheduled for December 24.

They are called Lagrange points after the mathematician and astronomer Joseph-Louis Lagrange , who discovered them, and we could imagine them as stops in the universe, rest zones. Located at these points, an asteroid, a spaceship, or a cloud of dust, remains there, suspended by the invisible forces of gravity, and only needs a minimum amount of energy to correct the course if they get lost.

These points exist because celestial objects, in their incessant motion, attract each other, and at various specific points, the gravitational fields of two massive bodies (such as the Sun and the Earth) balance out. This “zero” zone is the spatial “parking lots”, the Lagrange points.

There are many of these singular points in space, as a result of the balance of the gravitational forces of different objects in the solar system, but there are only five that result from the balance between the Earth and the Sun.

One of them, the L2 point, is 1.5 million kilometers from Earth in the opposite direction to the Sun. This means that placing a satellite there, or a telescope like James Webb, allows its solar panels to be directed at the Sun to draw from it the energy it needs to correct course if necessary and, at the same time, the spectacular mirror of your telescope can be directed towards the outside of the solar system. With the sun and Earth at your back, Webb’s gold-plated mirrors will have an unobstructed view of the universe.

The video shows how James Webb will move, as if tied to the Earth in its orbit around the Sun:

There are more reasons to choose L2 and not L1, which is closer to Earth. In order for Webb to function properly, and to be able to collect infrared light (which is heat, after all) from very faint and distant objects, the telescope must be very cold. In the shaded area of ​​L2, where the sun is out, it will be -233 ℃. At this temperature the super telescope is sensitive enough to detect the embers of objects that could have formed at the origin of the universe.

From here, the telescope can see everything from the planets in our solar system to the most distant galaxies. Webb will orbit too far for any astronaut to pass if the observatory breaks down. But the views are worth taking the risk.

Lagrange points have already been used in other missions, and not just those that form between the Earth and the Sun. For example, NASA has just sent a probe, Lucy, to explore the Trojan asteroids that surround Jupiter. These asteroids inhabit the Lagrange point between Jupiter and the Sun.

Regarding the Lagrange points in the Earth-Sun system, Sun observers as fruitful as SOHO have been placed in L1. There are already several satellites in L2, including the Wilkinson probe and the Herschel and Planck space observatories. So James Webb will have to make room.

One of the real characteristics of the Lagrange points that give the most play to fiction is that the special properties of gravity make it remarkably easy for spacecraft to move from one Lagrange point to another, jostling with minimal propulsion. If we could establish habitable bases at Lagrange points, moving from one to the other would be much easier than going up and down to the Moon.

Hypothetically, a space agency could move James Webb from distant L2 to a much closer Lagrange point created by the Earth and the Moon, which would be easier for astronauts to reach. At that point in Lagrange, a repair shop could be established that could service future missions and then send them back to L2.

NASA has taken advantage of these routes before: In the early 2000s, a spacecraft traveled to L1, between Earth and the sun, picked up some particles from the solar wind, and then glided towards L2, where it remained until it served its purpose. destination, crashing into the Utah desert.

Location of the James Webb Space Telescope in relation to the Hubble telescope’s orbit around the Earth. Credit: NASA