How long does it take to charge a car battery 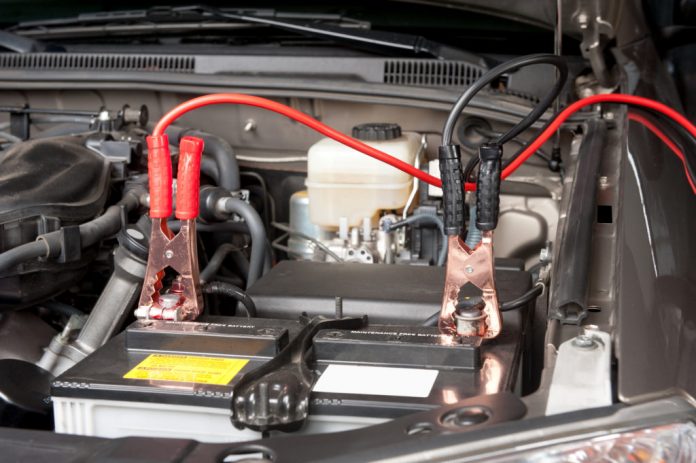 The battery is one of the most important parts of the car. Mainly, because it is in charge of sending all the energy necessary for the entire car to work properly: everything from the electrical part to starting the engine needs it. This is why you can’t start your car when the battery has run down.

Leaving the radio or a headlight on by accident are some of the most common reasons for a dead battery. However, you do not need to call a tow truck and take it to the workshop to charge the car battery. There are some easy ways to charge it, without spending a lot of money.

But if you have verified that it is the car battery that has been completely discharged, there are a few ways you can recharge it:

However, no matter which of these methods you use, there are a few things you need to be aware of to prevent damage to your battery, charger, or car.

Having understood this, let us see the different methods to charge the car battery.

How to charge car battery with charger?

Charging your car battery with a charger is not a difficult task. However, they do need to take into account some steps to do it properly.

Once the car battery is charged you should also be a bit meticulous when disconnecting it from the charger to avoid any damage. Follow the next steps:

How to charge car battery with clamps?

Another simple way is to charge the car battery is by using the battery of another vehicle. Get a car that has a fully charged battery. You will also need a set of clamps that have the same voltage as the battery.

Then place the two cars close enough so that both clamps can make a connection on both sides. However, the cars must be far enough apart that they do not make any contact. Once this is done, we will proceed with the following steps:

Once the battery is charged, you simply reverse the order in which you connected everything. Disconnect the negative of the car that was discharged and then the one of the current donor. Then the positive of your car and finally the one that was loaded.

This trick will not fully charge your car battery. To fill its entire load you must complement with the following trick:

Once you have charged the battery of your car with the method, you must circulate with it for at least 20 or 30 minutes so that the battery is charged. If you want it to reach its usual charge, you will have to drive from 45 minutes to more than 2 hours .

Despite all this explanation, it is normal that you still have some doubts. These are the most frequently asked questions about car battery charging.

Can a battery put in the car be charged?

Of course. In fact, in most cases you can charge the car battery without removing it. Especially if there is an accessible power point on top of the battery and the charge rate is 3-4 amps.

How long does it take to charge a car battery?

Battery charge time will depend on a number of factors, from the size of the battery, the volts it uses, and how discharged it is to the method you use to charge it.

The battery takes current from another car through the clamps only in a few minutes. But you will have to drive from 45 minutes to more than 2 hours to fully recharge the battery and better if it is on a highway or road so that it does not turn off when braking and then have difficulty turning it on.

When driving, the car’s alternator can deliver up to 45 to 60 Ah to the battery. Which makes the loading time a little faster. But it will also depend on the capacity of the alternator.

How long does it take to charge a car battery with a charger?

If you use a charger, everything will depend on the capacity of the charger, the battery and its level of discharge. For example, a fully discharged 45 AH battery with a 10 AH charger could take up to approximately 4-5 hours . Other smaller capacity batteries may only take 40-45 minutes .

What Is The EPC Light On A Volkswagen And What Does It Tell Us?

Why is my car heater blowing cold air?

Best Spark Plugs for 5.7 Chevy: How to Choose the Right One