Curiosities that are cool to know and that are useless 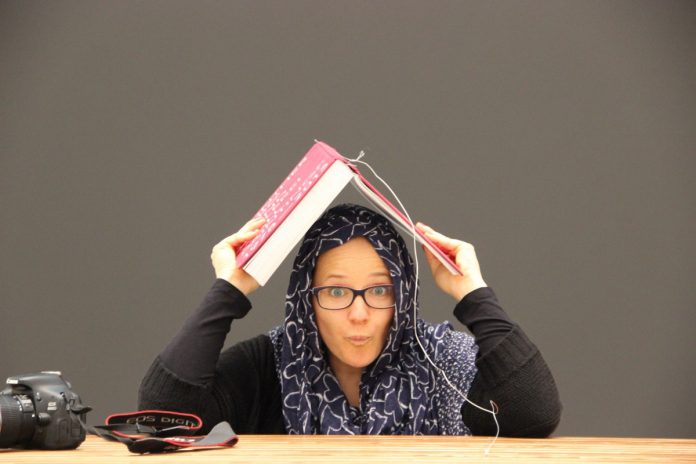 Blondes have more hair than brunettes, and a gugol is not a Mongol emperor. This list of curiosities is useless, but does it matter?

Memory is capricious. Experts still cannot fully explain why there are data, curiosities, stories that remain in our biological archive forever and yet we forget to buy cookies the day we go out to buy cookies. It is possible that in this list of 31 curiosities, some are already part of the reader’s memory file, and they cannot even remember how they got there.

1 The longest year in history was 45 BC. C., which lasted 445 days. It was lengthened 90 to align it with the solar year. It is known as the “year of confusion.”

2 The Atlantic Ocean is saltier than the Pacific. Researchers from the University of Oregon discovered that most of the water that evaporates in the Pacific does not reach the Atlantic, but falls as rain on the Rockies and the Andes, returns again to the Pacific Ocean and keeps it sweeter.

3 The skin of the polar bear is black, to attract solar radiation and increase body heat. The light reflects off the transparent coat and creates the sensation of whiteness.

4 Venus is the only planet in the Solar System that rotates in the opposite direction. In 2001, Jacques Laskar , from the Astronomie et Systèmes Dynamiques, France, published in Nature the hypothesis that at first the planet Venus rotated “normally”, But the dense atmosphere began to frictionally slow the planet to a stop and rotate in a retrograde direction.

6 The only reference to the Magi is in the Gospel of Saint Matthew, in which there is talk of some wise men who came from the East to worship the baby Jesus. But at no time is it specified that they were three, nor their rank of monarchs

5 Cockroaches are said to have two brains, as they have two pairs of nerve ganglia in the head, and a simple ganglion at the end of the abdomen. The two sensory centers are connected by giant fibers.

7 The longest novel in the world is titled The Story of the Seven Girls. They lived in what is known as the Realms of the Unreal of the Stormy Gladeco-Angelinian War, caused by the Child Slave Rebellion. It is sixteen thousand pages long, and it took its author seven years to write it.

9 One third of the cigarettes consumed are smoked in China.

10 According to a UN report , the most common name in the world is Mohammed. And the last name, Li.

12 According to calculations made by science fiction author Arthur C. Clarke, approximately one hundred billion human beings have passed through planet Earth.

13 The only two rivers in the world that flow from south to north are the Nile and the Fox River in Wisconsin.

14 The painting with the most characters in history is The Garden of Earthly Delights, by Bosco, with 450 figures humans and more than a hundred animals.

15 Although the boomerang is always associated with the Australian aborigines, the Egyptians already knew about this peculiar weapon 3,000 years ago.

16 male human fetuses have their first erections after the fifth month of gestation.

17 The first known allusion to climate change occurred in 1770. US President Thomas Jefferson, in his book Notes of the State of Virginia , expressed concern about the increase in temperature and stated: “It is clear that the climate is changing alarmingly.”

18 The name Bluetooth was named in honor of the Viking king Harald Bluetooth, who unified Norway and Denmark, and was a great communicator.

19 The strongest muscle in the human body is the gluteal .

20 In the nineteenth century, in Philadelphia, the first pairs of shoes were manufactured that distinguished the one corresponding to the left foot from the right; Until then, the two shoes were the same.

21 70% of the drinking water in the world is used for livestock and agriculture; 25% to industrial processes, and 5% to human consumption, according to FAO.

22 The battle of Megiddo between Egyptians and Canaanites in the 15th century BC. C. is the first of which there is evidence.

23 The Eiffel Tower should have been built in Barcelona for the Universal Exposition of 1888. But the project was rejected.

24 Elastic water. In 2010, researchers from Tokyo presented this new material: it looks like a gelatin made up of 95% water and 5% clay and organic substances. It is used primarily to replace damaged cartilage.

25 A gogol is a one followed by one hundred zeros. By the way, that’s where the word Google comes from.

27 According to a study by the Ocean Observatory , only five people die each year from shark attacks, compared to the 845 who die in volcanic eruptions and 10,000 because of lightning.

28 Marco Polo was not born in Italy. The famous traveler is believed to have come into the world on the Croatian island of Curzola, once occupied by troops from Venice.

29 Judges have worn black since 1694, when they mourned the death of Queen Mary II of England.

30 The first comic in history was Yellow Kid , 1895. He was the first to use sandwiches as a form of make the protagonists express themselves.

31 Among the seahorses, the one that incubates the eggs is the male.