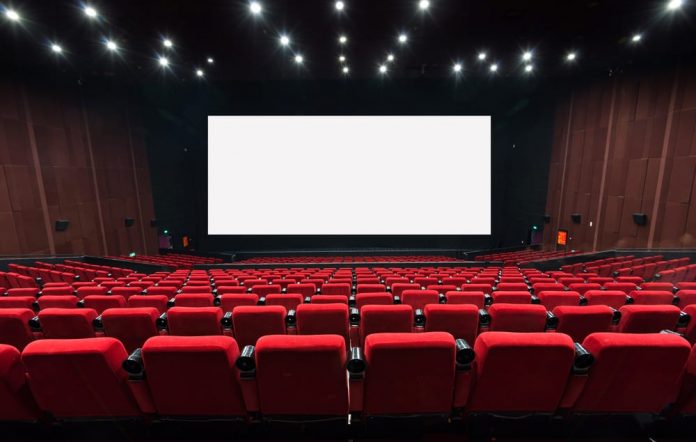 When a movie we want to see is released in the cinema, we usually go as soon as possible to see it. However, the rest of the days and weeks people usually go to see it, or if you are among those who want to see it, you may not have time until after that time. So, how long does a movie usually run in theaters?

Four weeks: the average time a movie lasts in theaters

The question does not have a clear answer, unlike what happens with the release dates of Blu-ray movies. The latter usually take, on average, about four months to come out on Blu-ray from the time they are released in theaters until we can buy them , in addition to the fact that they tend to leak between one and three weeks before on the Internet.

As a first answer, you can give what the cinemas say, and that is what usually happens: it depends . When a film is released in the cinema, not even the distributor or the cinema itself know how long it will last (at most) in theaters, since it depends on the influx of spectators that this title has.

Thus, each week, the cinemas adjust the programming that the films have depending on the influx that a tape continues to have, so it is not until they review the data and make the programming for the following week (which is usually published on Tuesdays or Wednesday). In addition, the agreements by which the cinemas have the films are usually made by weeks with the distributors.

Depending on the title, its influx, and how big it is, normally a film usually lasts about four weeks in theaters, during which the number of sessions will decrease depending on the influx to accommodate newer titles that have more viewers. .

In 2015, CNBC did an analysis of 700 movies released between 2010 and 2015 to see how long they were in theaters. 125 of them were at least two weeks, so when a title is released on a Friday we can rest assured that the following week and the week after that we will be able to go see it at the cinema. Subsequently, 135 titles disappeared in the third week of release, and about 100 in the fourth week. The rest lasted up to 2 months, although only very few. The average duration, as we see, is about four weeks , and can also be affected by the size of the cinema. A cinema with 8 rooms is not the same as one with 30, since the latter can afford to extend the stay of a film more.

In addition, there are curious data to the left of the graph before 14 days, such as the fact that there are around a dozen titles that lasted less in theaters, where about five titles barely lasted a few days, and one of them disappeared at the two days. These types of cases are usually due to the fact that they are projections that do not have a minimum agreement, and if no one goes to see it, they directly remove it to avoid continuing to lose money.

Therefore, no matter how big a film is at the budget level, if it is not having an influx in the cinema, it will not last very long. This is the reason that blockbusters like Avengers: Endgame were more than a month at the box office, even if they were few or a single session every day after one and even two months.

However, precisely superhero movies or those that generate a lot of expectation usually have a curious effect: they blow it up at the box office the first 2 or 3 weeks, but then they drop quickly once everyone has seen it. However, movies whose viewership is determined by their quality tend to maintain a steady stream and offer higher profitability after a few weeks, and some of them can maintain a higher number of viewers after four weeks than those of superheroes in the same period. This change in trend is something that theaters tend to value in order to maintain a revenue base, and therefore they tend to combine both types of films to maximize the influx for all tastes together with other factors such as the influx by age at a certain time.

In addition, there are more variables that must be taken into account regarding the duration of the films. If a movie isn’t having an influx, there are times when they can’t take it down just like that, as movies are sometimes required to be shown on a single screen for the duration of their run. These agreements are usually for a minimum of two weeks , after which the cinema can decide what to do. If it were for the cinemas, there would be films that would not last even a week in theaters were it not for those agreements.

A few years ago, theaters used to lengthen movies too a lot because, the more weeks they were in theaters, the higher percentage of income they took. However, currently there is a greater tendency to establish a fixed percentage during the time it is in theaters, where the cinema usually takes around 50% of the income from day 1 until the day they stop showing it. For this reason, once the number of spectators begins to fall, cinemas have few incentives to keep it on the billboard.

Therefore, if a film currently lasts more than four weeks in the cinema, it is because it is still being beneficial for the cinema and people usually continue to go to see it, since normally the distributors do not usually force a film to be kept for that long since almost half of the titles tend to last less because the level of affluence tends to drop quickly in most.

Share
Facebook
Twitter
Pinterest
WhatsApp
Previous articleDesktop PC vs. All in One: Advantages and Disadvantages
Next articleHow much does a smart car weigh and why are models adding more and more kilos?
RELATED ARTICLES
Curiosities

How to get rid of Ouija boards