THE BORG FROM STAR TREK ARE ON EARTH 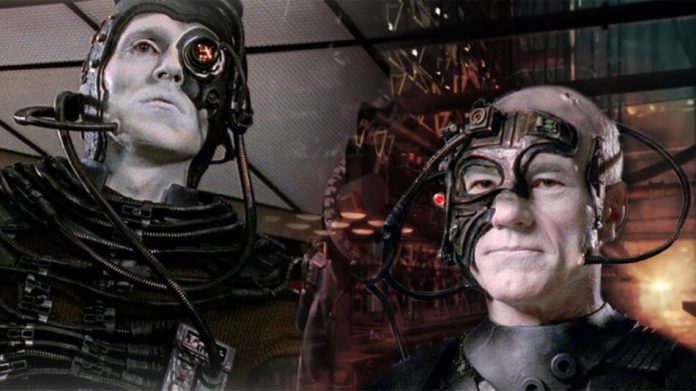 A DNA structure found in the soil acts like the Borg from Star Trek, assimilating and integrating characteristics of other organisms

The Borg, the baddies of the classic Star Trek series, were aliens half machine and half biological organism, who had a single collective hive mind. When they found a new species, they assimilated it, acquiring its characteristics and integrating them into their collective.

Do the Borg live among us? According to a discovery by researchers at the University of California , there is a similar mechanism that is already working on Earth.

The scientists who wrote the study by chance found DNA structures in the mud of humid spaces that seemed to collect genes from microorganisms in their environment, just like the Borg of ‘Star Trek’ , which is why they have given the name of borgs to these strands DNA extra long.

Fragments of DNA called borgs are attached to a long list of genetic structures known as extrachromosomal elements (ECEs), that is, pieces of DNA that are not part of a chromosome. Another example of these structures are circular plasmids, present in bacteria. These ECEs act independently and can replicate autonomously or insert themselves into a chromosome of the organism that carries them.

Most microbes have one or two chromosomes that code for their primary genetic blueprint, but they can harbor, and often share with each other, many different SCEs. Nonessential but useful genes, such as those for antibiotic resistance, are found in CEE, the study shows. Scientists also use these ECEs, specifically plasmids, for their DNA studies.

As lead research author Jill Banfield put it, “Borg are a previously unknown, unique, enigmatic, and absolutely fascinating type of CEE,” and she compares it to the CRISPR discovery.

What distinguishes the Borg from other ECEs is their large size, between 600,000 and a million base pairs of DNA. In fact, they are so large that they are up to one-third the length of the main chromosome in their host microbes, Banfield clarified.

The researcher studies how microbes influence the carbon cycle, including the production and degradation of methane, a powerful greenhouse gas, and in October 2019, she and her team went to search for ECEs with genes involved in the carbon cycle. in the wetlands of California. There, they found the first borgs, and then they identified 19 different types of it, also other similar sites in Colorado.

Borgs appear to be associated with archaea, which are single-celled microorganisms other than bacteria and form their own kingdom. Those discovered by these scientists are related to the variety Methanoperedens , which digests and destroys methane. Borg genes appear to be involved in this process, explained Banfield.

The borgs appear to be associated with single-celled microorganisms known as archaea, shown in this image. Source: Eye of Science / SPL

KEEPING THE BORGS WOULD BE VERY EXPENSIVE

Although the individual characteristics of borgs have been seen before, the size, combination and the fact that they contain genes associated with metabolism is what makes them different, the author explained. She believes that they were once whole microbes, and were assimilated by archaea in the same way that eukaryotic cells absorbed mitochondria, the energy-generating organelles in every cell in our body and were once independent bacteria.

The researchers said that maintaining such a large ECE would be very expensive from an energy point of view, so the DNA structures should provide some benefit to the organism that houses them. To find out what it could be, they analyzed the sequences of hundreds of borg genes and compared them to other known genes.

By analyzing the borg genome, Banfield saw features that suggest that the borgs have assimilated genes from a variety of sources, including the major archaea Methanoperedens chromosome . Precisely this potential to assimilate genes led Banfield’s son to propose the name “borg” in 2020.

The team is investigating the function of borgs and the role of their DNA repeats. Repetitions are important to microbes. In the case of CRISPR, bacteria copy fragments of the genetic code of viruses that they incorporate into their own DNA to remember pathogens and to be able to defend against them in the future.

This CRISPR “gene copier” is what has enabled the breakthrough in biotechnology because it is used as a very precise tool for editing genes, eliminating, for example, those that cause inherited diseases. This suggests that borg genomes could also produce useful tools in the future.

Banfield further said that one potential application researchers see for these borgs could be an aid in the fight against climate change. Encouraging the growth of microbes that contain them could, perhaps, reduce methane emissions generated by archaea that live in the soil, which total about one gigaton worldwide each year.

Share
Facebook
Twitter
Pinterest
WhatsApp
Previous articleWHAT IF IT WAS POSSIBLE TO TRAVEL TO THE MOON ONCE IN A LIFETIME?
Next articleROSE PETAL EFFECT: UNVEILED ONE OF THE GREATEST ENIGMAS OF BIOLOGICAL SURFACES
RELATED ARTICLES
Life Sciences