WHY IS IT CALLED THE DAKAR RALLY IF YOU HAVEN’T BEEN IN DAKAR FOR YEARS? 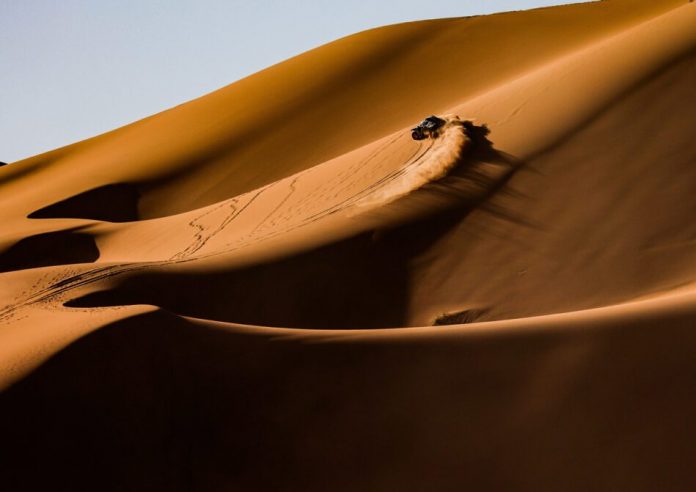 This year, the most extreme rally in the world is held in Saudi Arabia, but it is still called Dakar. The previous editions did not reach Senegal either.

When someone talks about the Paris-Dakar, practically everyone around them knows that they are referring to one of the most demanding rallies in the world. However, it has been years since this competition neither leaves, nor passes, nor reaches Paris or Dakar. It has been a luck of chance, accidents, misfortunes, threats and commercial interests that have determined the successive locations and routes of this rally. Why then does it keep the Dakar name ? Dakar is desert, adventure , danger, difficulty, risk… Perfect attributes for a top-level rally in which man and machine face the unknown. And saying Rally Dakar instead of Rally Jeddah ( Saudi Arabia) , which is where this year ends and begins, does not sound the same.

The competition is and has to seem very tough. It was created in 1978 by Thierry Sabine, a French motorcycle racer. He himself was about to die in the desert had it not been for luck and ingenuity.

There was a rally in 1977 that went from the south of the Ivory Coast ( Africa ) to the French Côte d’Azur. An error in the orientation calculations caused it to get lost and into the Tenerife desert. He was lost for six days until a rescue plane saw the cross he had made with stones on the ground and rescued him. The experience led him to organize an extreme rally. And the Paris-Dakar was born.

The beginning of the end of an itinerary

The first time the Paris-Dakar betrayed its name was in 1992 because it did not set foot on Senegalese soil. That year, the organizers wanted to do something special by crossing Africa from north to south, to Cape Town. By this time, Thierry Sabine had already passed away. He did it in 1986, at the age of 36, in a helicopter crash in Mali. But the betrayal of Dakar was punctual, almost forgivable. It became a destination again in 1993.

Two years later, in 1995, the one that fell off the poster was the city of Paris. On that occasion, Spain, more specifically Granada , was the origin of the rally. Why? Because it was paid for. 100 million pesetas per year. And this was the beginning of a general breakdown in which the highest bidder has been marking the origin. Marseille, Clermont-Ferrand, Barcelona, ​​Lisbon became the starting line in the following years. But nothing and no one had dared to alter the goal in Dakar until Al Qaeda appeared on the scene and upset the plans with their threats. The first consequence was the suspension of the rally in 2008 and the second that the event never again considered Dakar as a goal, although, wherever it is held, fans will always call it THE DAKAR, with all its letters in capital letters.