Microsoft buys Activision Blizzard for a wild amount of money 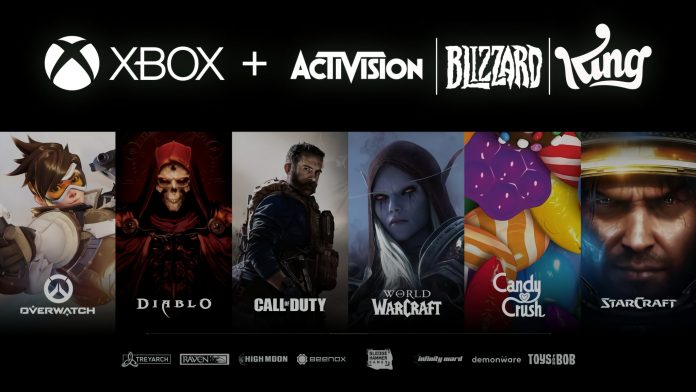 Activision Blizzard will go to Microsoft . The Redmond firm announced the purchase of the video game firm, which is going through the most turbulent moment in its history due to several complaints of sexual harassment and other misconduct that have been carried out by its own employees against other workers and managers.

As indicated, Activision Blizzard will join Microsoft Gaming. However, until the deal closes, both companies will continue to operate independently. The transaction will be valued at 68.7 billion dollars and will be carried out entirely in cash; this means that 95 dollars will be paid for each share of the company. The process will be subject to regulatory and shareholder approval. The purchase is expected to be completed during fiscal year 2023.

Not a minor point in this story is that Microsoft will become the third largest video game company in the world in terms of revenue . It will be only behind China’s Tencent and Japan’s Sony.

Today is a historic moment. We are excited to announce that the world-renowned franchises and talented people at @ATVI_AB will be joining Team Xbox!

The purchase of Activision Blizzard by Microsoft will mean that some of the most important video game franchises in the world will come under the orbit of Xbox. Such is the case of Call of Duty , Diablo , Overwatch and World of Warcraft , just to mention a few.

This will quickly be reflected in Xbox Game Pass and PC Game Pass, as those from Redmond have already announced their plans to incorporate Activision Blizzard games into their gaming service in the cloud.

With nearly 400 million Activision Blizzard monthly active players in 190 countries, and franchises valued at three billion dollars, this acquisition will make Game Pass one of the most compelling and diverse game lineups in the industry .

Microsoft, on the purchase of Activision Blizzard

Bobby Kotick will continue, at least for now, as CEO of Activision Blizzard

Since July 2021, Activision Blizzard has been going through one of the most scandalous periods in its history. Repeated complaints of sexual harassment and a toxic work culture have had a very strong impact on the company, which suffered its biggest blow last November with the publication of a crude article by The Wall Street Journal shedding light on this situation. Even the CEO himself, Bobby Kotick, has been involved in the accusations for his alleged conduct and complicity with what was happening in the company.

Although measures were taken to change the image, it seems that much remains to be done. However, Microsoft will continue to rely on the same manager to take the reins of the company. That is: Kotick will continue in his position as CEO of Activision Blizzard , at least for now.

Once the acquisition is complete, the company will report to Phil Spencer, the head of Xbox. And from there, Bobby Kotick is expected to resign from Activision Blizzard, as published The Wall Street Journal .

But beyond the business, Microsoft assures that it will not look aside in the face of complaints. “Xbox is committed to its inclusion journey in all aspects of gaming. We demand this commitment from all teams. We look forward to extending our culture of proactive inclusion to the great Activision Blizzard teams,” indicated On twitter.

When the controversy over the complaints of harassment in Activision Blizzard was uncovered, the references of Xbox, PlayStation and Nintendo expressed their concern about it. But none was as vocal as Phil Spencer himself , although a change in the tone of the statements over time is also appreciated; something that makes sense when viewed in retrospect, since surely a possible purchase was already being planned by then.

Last November, the CEO of Microsoft Gaming sent an email to his employees explaining that they were “evaluating their relationship with Activision Blizzard” and that, personally, he felt “disturbed” by the situations made public by victims of bullying. In the last week, in an interview with The New York Times , he assured that Xbox had changed “how he did things” with the signature of Bobby Kotick, but that he did not believe that his job was to punish other companies.

Microsoft puts its hands on a beastly range of studies

With the purchase of Activision Blizzard, Microsoft greatly expands its catalog of video game development studios. The corporation led by Satya Nadella will also control prominent firms such as Treyarch, Sledgehammer Games, Raven Software, and Infinity Ward; all under the wing of Activision Publishing. And in turn it will stay with King , the developers of Candy Crush , one of the world’s most successful mobile games. In total, the firm will absorb some 10,000 employees.

Let’s not forget that last year Microsoft also acquired Bethesda in exchange for 7.5 billion dollars. This acquisition allowed them to swell their catalog of intellectual property with titles such as DOOM , Quake and Fallout , among many others.

But spending almost 70 billion dollars to stay with one of the most important video game companies in the world is a thing of another level. We will have to see how the news falls within PlayStation, taking into account that Sony also faced several first-rate purchases during the last year (although none of such magnitude); At the moment, many are already beginning to talk of an alleged “acquisition war” between the two companies.

“Around the world, there is no more exciting place for fun and connection than video games. And there has never been a better time to play than now,” said Phil Spencer in his message about the purchase of Activision Blizzard. Beyond the controversies, Microsoft has already given what is possibly the bombshell of 2022.