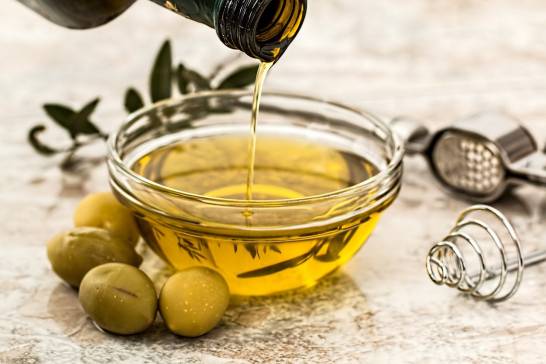 For years, science has analyzed how olive oil consumption can reduce the risk of cardiovascular diseases , but its relationship with total and cause-specific mortality does not it was clear.

A new study published in the Journal of the American College of Cardiology reveals that the consumption of more than seven grams (slightly more than half a tablespoon) of olive oil per day is associated with a lower risk of mortality both from cardiovascular diseases, as well as from cancer and neurodegenerative and respiratory diseases.

“This is the first prospective study in three American cohorts that shows that participants who consume more olive oil have a lower risk of mortality from all causes and for specific reasons,” explains to SINC Marta Guasch-Ferré , from the Nutrition Department of the School of Public Health TH Chan of Harvard and lead author of the study.

Our results support current recommendations to increase your intake of olive oil and other unsaturated vegetable oils. Doctors should advise replacing certain fats with olive oil to improve your health

“We have also found that in hypothetical substitution analyzes, consume olive oil instead of margarine , butter , mayonnaise or other animal fats are associated with a lower risk of mortality, especially cardiovascular mortality ”, he adds.

The team, which also includes the Spanish Miguel Ángel Martínez-González (University of Navarra) and Jordi Salas-Salvadó (Rovira y Virgili University), analyzed 60,582 women and 31,801 men who did not have cardiovascular disease or cancer at the start of the study (1990). During the 28 years of follow-up , their diet was evaluated every four years.

“Our results support current recommendations to increase the intake of olive oil and other unsaturated vegetable oils,” continues Guasch-Ferré. “Doctors should advise that certain fats be substituted for olive oil to improve your health.”

“The data obtained help to make more specific recommendations, which will be easier for patients to understand and, hopefully, to implement in their diets,” insists the researcher.

Over nearly three decades of follow-up, 36,856 deaths occurred. People with higher olive oil consumption tended to be more physically active, had southern European or Mediterranean descent, were less likely to smoke, and had higher consumption of fruits and vegetables compared to those with lower olive oil consumption. olive. The total mean intake in the highest category was about 9 grams / day and included 5% of the participants.

When the team compared those who ‘rarely’ or ‘never’ consumed olive oil, those in the highest consumption category had a 19% lower risk of cardiovascular mortality , 17% less cancer mortality, 29% less neurodegenerative mortality and 18% less respiratory mortality.

The study also found that substituting 10 grams / day of other fats, such as margarine, butter, mayonnaise, and milk fats, for olive oil was associated with an 8 to 1 risk. 34% lower total mortality and for specific causes. No significant associations were found when substituting olive oil for other vegetables.

In an accompanying editorial, Susanna C. Larsson , associate professor of epidemiology at the Karolinska Institute from Stockholm , states: “This study and previous ones have found that the consumption of olive oil may have health benefits.” However, for the doctor there are still several questions.

Are the associations causal or spurious? Does the consumption of olive oil protect only from certain cardiovascular diseases or also from other pathologies and causes of death? What is the amount necessary to obtain a protective effect? “More research is needed to answer these questions,” stresses Larsson.

Are the associations causal or spurious? Does the consumption of olive oil protect only from certain cardiovascular diseases or also from other pathologies and causes of death? What is the amount necessary to obtain a protective effect? More research is needed to answer these questions

“Our study cohort was predominantly a non-Hispanic white population of healthcare professionals, which should minimize potentially confusing socioeconomic factors, but may limit generalizability, as this population may be more prone to a healthy lifestyle ”, points out Guasch-Ferré.

“It is possible that a higher consumption of olive oil is a marker of a healthier diet in general and a higher socioeconomic level. However, even after adjusting for these and other factors for socioeconomic status, our results remained largely the same, “he concludes.

Consumption of Olive Oil and Risk of Total and Cause-Specific Mortality Among U.S. Adults. Journal of the American College of Cardiology . DOI 10.1016 / j.jacc.2021.10.041