ARE YOU WINKING AT ME? NO I HAVE A TIC 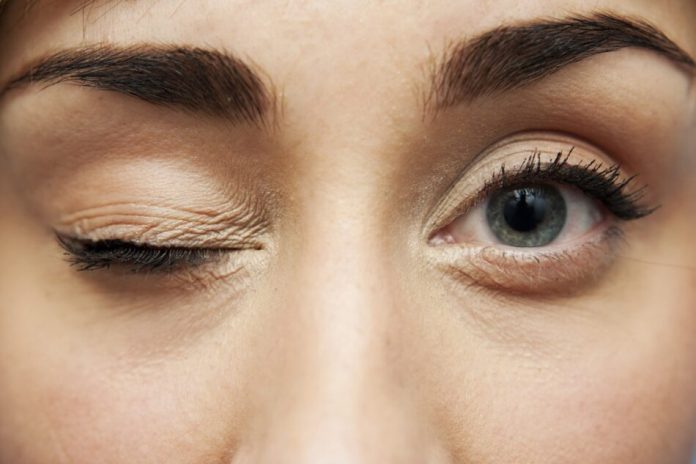 Having spasms or palpitations in the lids of the eyes is something very common and happens to many people, but should we be concerned?

Imagine this situation. You’re talking to someone you don’t know very well, and suddenly the lid of one of your eyes begins to throb uncontrollably. You don’t know what to do or what to say. You think the other person may be thinking: “Is he winking at me?” And the next thing that goes through your head is: “Earth, swallow me.”

Even the eyelid continues to make this movement sporadically for days or weeks, and it can be very annoying. How do we get it to stop? Should we worry?

If this happens to you, you may have eyelid myokymia , a harmless involuntary spasm. It can lead to stress or drinking too much caffeine. In addition, it can also be the beginning of multiple sclerosis, according to a study carried out by several centers in Barcelona a few years ago.

In this report, the researchers concluded that, despite the fact that palpebral myokymia is benign, when it persists over time, a neurological pathology such as multiple sclerosis can develop. Treatment of these patients consists of eliminating the triggers, such as caffeine , tobacco, or alcohol consumption and, if despite this they become continuous and persistent, an imaging test could be performed to rule out underlying lesions.

The subject of this study was a 34-year-old woman who consulted the doctor for these abnormal movements in the right lower eyelid that she had suffered from for two months. At first, they were occasionally during the day in episodes that lasted from minutes to an hour, but in the following weeks they had increased in frequency and intensity until they became continuous throughout the day. Doctors gave him a treatment with an anticonvulsant that had to be quickly withdrawn because it caused a skin rash. After several months of testing, the woman was finally diagnosed with multiple sclerosis.

HOW TO FIX EYE TICS

Fortunately, not all cases are so serious, and in most of them it is enough to change your habits. Another article from the University of York in Canada confirms that to get rid of those uncomfortable tics in the eye, you have to stop caffeine. For this experiment, the evolution of seven healthy young men was observed. The researchers found that caffeine promoted the release of excitatory neurotransmitters such as serotonin and norepinephrine because it is a stimulant and increases the reactivity of muscles and nerves. By eliminating this stimulant the symptoms disappeared.

In general, we shouldn’t worry about occasionally having palpitations in the eye, but if the spasms persist, it’s best to see a doctor.

Unilateral eyelid myokymia as a form of presentation of multiple sclerosis

Effect of caffeine on self-sustained firing in human motor units