Desktop PC vs. All in One: Advantages and Disadvantages 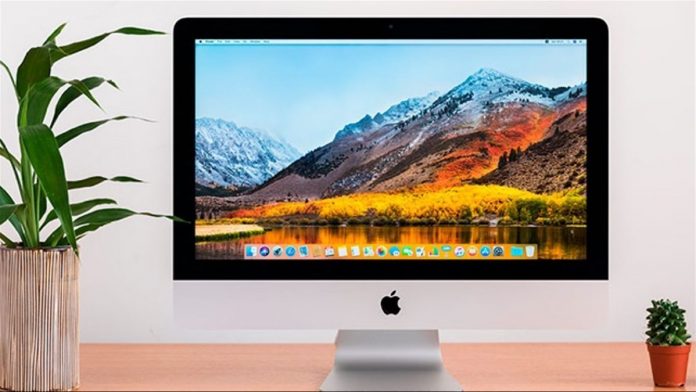 PC tower or All in One? Each team has pros and cons, so if you are hesitating between one and the other we help you see what is good about each one

Desktop PCs are still safe bets if you’re looking for PCs with power, long lifespans, and even the ability to upgrade . Whether assembled computers,  which we already talked about in ConsumptionClaro , as by parts, they are usually very useful and versatile tools.

But for some years another type of computer has become popular: the  All in One  (All in one). It is a PC that, unlike the usual ones, is a kind of “desktop laptop ”: all the components are in the same case as the monitor itself. The best known example is the iMac.

But if you are thinking of buying a PC and you are hesitating between a classic one (assembled or by parts) or an  All in one , we will summarize the advantages and disadvantages of each type .

Advantages of the  All in One

All in One computers   have a first and main feature that can make them a more attractive computer for many users: space. These are devices that do not usually take up as much space as a regular PC.

Not having a tower saves a lot of space and also saves a lot of cables . Being a single computer, if you opt for wireless peripherals, you will practically only have the power cable.

All this means that they have a much more minimalist aesthetic, which, depending on the user, can be very attractive. Having only one power cable also affects power consumption , which is much less than that of a desktop PC.

In addition, these computers usually have a very good screen –as can be the case with iMacs– and even a touch screen, depending on the model. It also usually has built-in speakers, something to keep in mind if it is going to be used to watch series or movies.

Disadvantages of the  All in One

But what cons do these teams have? The most important, especially if you are hesitating between a desktop and an  All in One , may be the price . The latter usually cost much more than a desktop, especially considering the components.

It is true that the  All in One  may seem like a saving, since the monitor is included, but in certain models this difference does not cover the price difference . At the same time, being such a closed circuit, it is very difficult to upgrade the equipment.

That is, All-in-Ones  cannot be upgraded by the user . As in the case of the iMac, many companies develop specific components for this type of computer; so updating or repairing it becomes a practically impossible task.

Nor should you buy it thinking about its portability. These are not laptops and, although they are more manageable than a desktop PC, they are not made (by weight and dimensions) to be constantly moved around.

Advantages of a desktop PC

Now, if your best alternative is a desktop PC, what advantages does it have over an  All in One ?  First of all, the price. A computer with the same price as an  All in One  is usually much better when it comes to components .

Either because they are pieces made specifically for that model or because the company tries to adjust the price, the desktop ones are much more powerful equipment for the same price and even less. This is very important if you are looking for a multitasking PC and require power.

They are much safer devices , both in terms of updating and pure and simple security. A desktop PC, whether assembled or piecemeal, can always be upgraded by changing one of the components alone. And they are much more resistant by their very nature (being a tower that is on the ground, the risk of falls is negligible).

In addition, they are much more customizable aesthetically . The user can choose the monitors to use, whether or not they want to have speakers, the tower box…

Disadvantages of a desktop PC

The main disadvantages of the desktop PC, compared to an  All in One , can be the space and cleanliness that they entail . The computer is not only the tower, but also brings with it the monitor (or monitors), keyboard, mouse and other peripherals that may be included.

Although there are options such as miniPCs , the accumulation of cables means that we usually have to clean the area where we have it. And if it is a “normal” size tower, it is recommended to open it every couple of weeks to clean the inside of the equipment as well.

Another disadvantage is that, if the  All in One  was already not very portable, a desktop one becomes extremely difficult to transport . Although it is light and small, the number of peripherals that must be moved from one point makes it a nuisance.

In short, it will depend on each case. All in One computers   are especially useful for people who, without extensive knowledge on the subject, need a powerful PC focused on tasks such as design, editing…

The space they occupy and the screens they include make them a good alternative for this type of profile in which their work is related to the graphic world. But keep in mind that they are a large outlay, especially in relation to what they offer.

While desktop computers are much more versatile, especially for people looking for a secure computer and low budgets. The variety of options means that there are models that range from 300 to 2,000 euros, making it easy to find a PC that suits the budget and needs of each one.