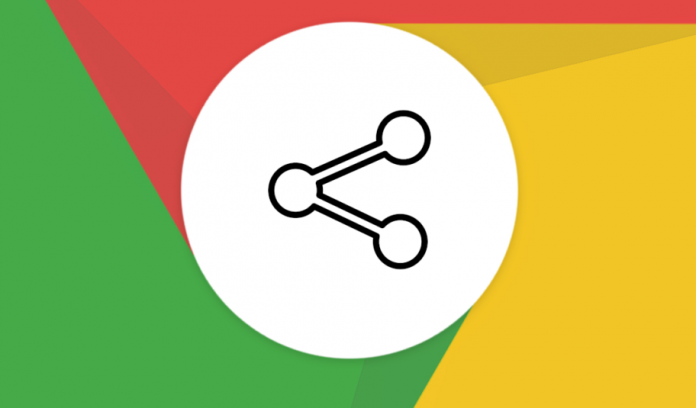 Do you want to know how to activate the new Chrome share menu? We explain it to you, so take note because it is very simple and you may find it useful. Also, the new Chrome sharing menu is a feature that Google’s browser will release sooner rather than later , so you kill two birds with one stone: you check if you like it or not and get ahead of the time. Official release, because this is something that comes yes or yes.

As you know, a few days ago Chrome 94 was launched and among its novelties there is a bit of everything, including controversial features that will not make any grace to those who care about your privacy. Now, as it does not seem likely that there is anyone who cares about their privacy and uses Chrome, ultimately the most popular web browser on the market by far, here is a “hidden novelty” that you may be interested in knowing, if at all you use Chrome.

In fact, if you use Chrome and follow the track of its development a bit, you will also know that the new features are being tested in the different versions in development , until they reach the stable one and are enable for everyone. Before, they remain a time of tests in the same stable version, but in a hidden way, accessible only by activating a hidden option. Well, the new Chrome share menu falls into that category.

It’s nothing new: several months ago we told you about the new Chrome sharing menu , but then it was only available to activate in the Canary version of the browser, very interesting for everything that goes with it. arriving, but nothing recommended for use on a day-to-day basis. Now, however, the feature of yore is already available in the stable version, even if you have to activate it manually. And no, there is no risk in trying it.

Why haven’t they activated it by default, then? Because Google takes its times and yes, maybe you have to polish it a bit to add some option, but there is no risk and if you find yourself with a problem, just reverse the change to stay as you were. Is it worth activating the new Chrome share menu? That already goes to tastes and needs, but it is not bad and as it will not be an optional function …

Speaking of options, this is the most outstanding snag of the new menu: has what it has and no more, nor an apparent way to add or remove anything : copy link, send to your devices, generate a QR code, send, save page as …; share link with Facebook, WhatsApp, Twitter and LinkedIn. These are the options of the new Chrome sharing menu, whose button is located to the left of the add bookmark, within the browser’s address bar. 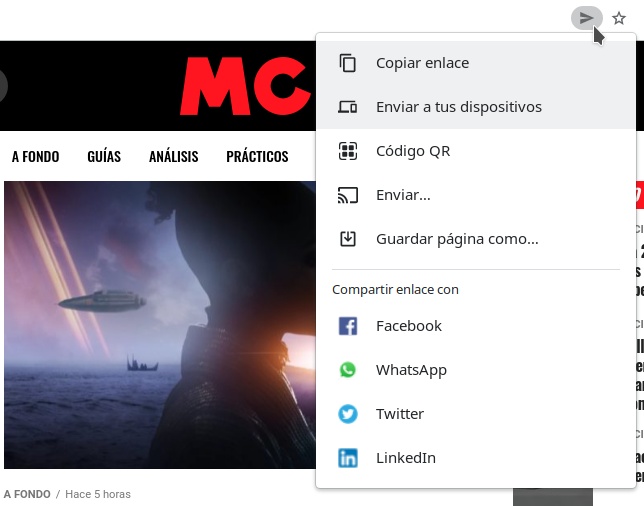 If you want to activate it, enter the following address and proceed to it ( enabled and restart the browser):

Do you like it? You do not like? What do you think? I think that a thousand years ago they should have added something like that, but it is late and wrong. Let’s hope that when it is available open to everyone, they include the option to edit the menu options, because although as it is it can come in handy for a majority of people, there is another very majority minority that will not be satisfied. Of course, he may not even use Chrome.