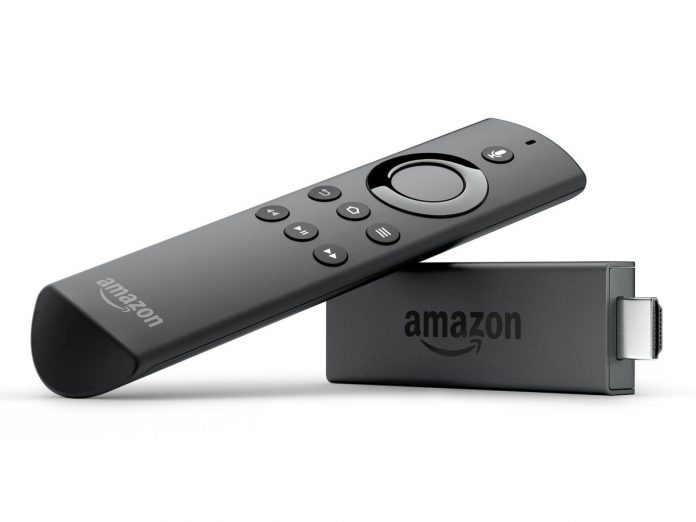 The Amazon Fire TV device is an extremely useful and highly portable device for streaming content on any television. Once you have one, all you need is a wireless Internet connection and a TV with an HDMI port. This convenience and portability has led many people who travel a lot, whether for work or pleasure, to take their Fire Stick with them on the go. With its small size and easy setup, carrying the Fire Stick means you only need to enter your hotel or Airbnb WiFi password to gain access to the device; Once you’re connected to the web, you’ll already be signed in to your Netflix account or the accounts of any other streaming services you use.

Use an HDMI-CEC remote

Is it close to Walmart or Best Buy? Chances are you can pick up a third-party remote, similar to a universal remote, for just a few dollars. These remotes are generally designed to control all sorts of devices, including Roku, Apple TV, and, most relevant to this article, Fire TV. Some are more universal and support all kinds of different boxes , while others are marketed directly to Fire TV owners. You might be wondering how it works, but in general, it’s pretty simple, using a universal standard known as HDMI-CEC.Attention all video streamers : Here are some facts for you about the potential dangers of streaming online unprotected:Your ISP has a direct window into everything you watch and stream on the webYour ISP is now LEGALLY authorized to sell that information about what you watchMost ISPs don’t want to deal with lawsuits directly, so they will often pass on your viewing information to protect themselves, further compromising your privacy.The only way to protect your viewing and identity in the above 3 scenarios is by using a VPN. By streaming content directly through your ISP, you potentially expose everything you see on the Internet to both of you, as well as those you care to protect. A VPN protects you. Follow these 2 links and you’ll be streaming securely in no time: ExpressVPN is our VPN of choice. They are extremely fast and their security is top notch. Get 3 months free for a limited timeLearn how to install a VPN on your Fire TV Stick

HDMI-CEC stands for HDMI-Consumer Electronics Control, and is a relatively new standard for consumer electronics, allowing a high degree of interoperability between devices that connect via HDMI. For example, let’s say you have a Chromecast connected to your TV and your TV’s input mode is currently set to a DVD player connected to another HDMI port. If you tell the Chromecast to start playing something on the TV, it will automatically switch the TV’s input to the Chromecast’s input without you having to reach for the remote and change the settings yourself. So how does this help you in your current situation?

Well, as we mentioned, you might be able to pick up a smart universal remote that does the work for you. If you’re lucky and you’re using a newer generation of TVs, you might be able to control your Fire Stick directly from the remote your TV is using. Although CEC introduced the HDMI 1.3 standard in 2002, not all TVs made since then have implemented it, as it is an optional feature. Most high-end TVs should have it, and if your TV supports it, your troubles are over.

If you have access to a working remote or the ability to control your device through your phone, you may want to check to make sure it’s enabled on your Fire TV Stick. Fortunately, it only takes a couple of steps. If you have a remote available,

You may also need to enable CEC on the TV. The option will be found in the TV’s Settings menu. Unfortunately, most TV manufacturers don’t call it CEC, but instead “brand” it with their own made-up, meaningless label. Here is a list of some of the most common TV brands and what they have called the CEC feature:

But there is a clever way to make it work. This is what you do.

You can now use your second or first device as a remote for the Fire TV Stick! (Note that the reason you need two devices is that a smartphone cannot connect to its own wireless access point for its network connection.) As long as you know the SSID and password of the last network you connected your Amazon Fire Stick to, you’re golden.

An interesting possibility with this two-device solution is that once you’ve reestablished the network connection for your Fire TV Stick, you can use an Echo or Echo Dot to control the Fire TV Stick instead of using your smartphone or tablet. You’ll need your smartphone or tablet to do the initial setup, as you can’t change network settings using voice commands, but once you’ve done that, you can tune your Echo or Echo Dot to the same network and use the voice command. to control your Stick.

Unlike using an HDMI-CEC universal remote, you can also purchase a replacement remote made specifically for Fire Stick devices that should work right out of the box. You won’t usually find them at your local big box store, but Amazon does have the option of picking up a new remote designed specifically for your device. In fact, there are two different versions of the Fire remote that you can get online: the first-gen model that includes Alexa built-in, and the second-gen model that adds power and volume controls directly to the remote. Make sure to check the compatibility with your Fire Stick by looking at the description before buying one.