How to Get the Most Out of Windows Virtual Desktops 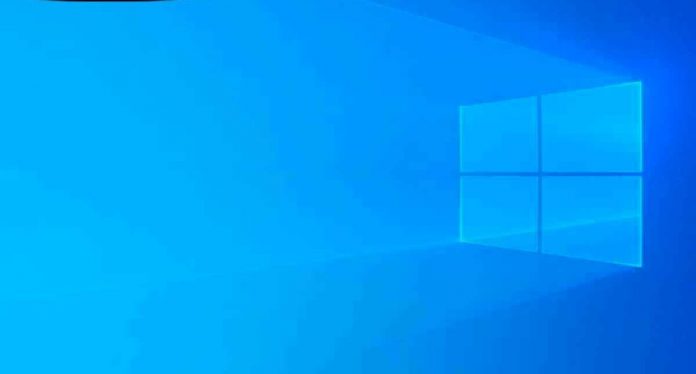 Virtual desktops are, for many users, great unknown to the operating system . Present in Linux for decades, they allow you to organize open windows much better. For example, if you are a developer, it is common to have the development environment on one desktop, the test execution environment on another and, for example, the database manager with which you check if the software is working correctly. with the same.

But it is not necessary to go to the professional environment, virtual desktops also have one and a thousand uses on staff . For example, you can use one to play games, and have Discord, or the service you use to talk to your friends, in another. Keyboard shortcuts make it extremely fast to switch from one to another, as opposed to having many windows open on a single desktop, and having to find the one you are looking for at all times, either by choosing it on the taskbar or by browsing all of them with the Alt and Tab keys.

The problem is, as I said before, that virtual desktops are a practically unknown function for many users, and although with Windows 11 Microsoft intends to enhance their visibility and use, the truth is that in Windows 10 , and especially with the right tools, already offer many very interesting advantages .

In this section we are going to start from scratch , understanding that you have never used them, and that you are still not clear about what exactly we are talking about, so the first thing will be a quick explanation of what they are and what they offer.

Imagine your work, study, leisure or all these things at the same time. Let’s say it’s a desk (we’re talking about a real, physical desk) where you put and remove things depending on what you’re going to do. Well, now imagine that, since you always use the same elements for each of these activities, you can create a kind of shortcut, which allows you to quickly switch from one object to another.

Now translate those elements, those objects, into applications and windows (not icons, though) and take it to Windows. You could have one (or several) desks with work tools, another with what you use for training and study, a third with Windows solitaire for those comforting 10-minute breaks …, and what to change? from one to the other it is enough with a keyboard shortcut or a couple of mouse clicks. Can you imagine it? Okay, well that’s exactly what virtual desktops are.

If you’ve never used virtual desktops, chances are you only have one at this point, but the quickest way to find out is to check it yourself . To do this, click on the Windows 10 task view, the second icon on the taskbar from the left, after the Cortana circle and, at the top, you will see the Windows desktop (or desktops):

In my case, as you can see, I usually use five virtual desktops , although on some occasions I can have one or two more open.

To create a new desktop, you have already seen that on the right there is a box with the text «New desktop» and the + sign. You just have to click on it and it will be added automatically. On the other hand, when you have finished using one and you are not going to need it anymore, you will only have to place the mouse pointer over it in the task view and click on the X that will be displayed over it. In this way you will delete it and, if there was any window open in it, it will move to the immediately previous one . 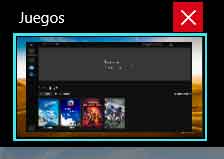 Navigating virtual desktops is extremely easy. If you use a touchpad, you can switch between them with the gesture of moving four fingers to the left (to go to the previous one) or to the right (to go to the next one). You can also use the combination of Control, Windows and left or right arrow keys to move between them. And if you have many virtual desktops and you want to go directly from one to another, without going through the ones in the middle, you can open the task view and click directly on the one you want to move to.

Virtual desktops are generally named with the word “Desktop” and a number indicating their position. However, if you have seen the previous image, you will have verified that it is possible to rename them, so that it is easier to identify them . Doing so is very simple, you just have to click on its name, in the task view, and the edit mode will automatically open so you can modify it.

Windows 10 has these functions for virtual desktops and, as we have already mentioned, Windows 11 will enrich the experience in this regard. However, until the new Microsoft operating system arrives and we verify, in detail, all the advances in this regard, today there is a tool that will allow you to get more out of these desktops, thanks to several interesting settings .

The program I’m talking about is free, it’s called SylphyHorn and you can download it directly from Microsoft Store . Once you’ve downloaded and installed it, open it up, and don’t be surprised to see that it absolutely doesn’t happen. Then pay attention to the icons in the system tray (the right part of the start bar, next to the clock), since there you will find a new icon. Click on it with the right mouse button and, in the menu that will appear, click on Settings (S). In this way, the configuration window will open, in which you can make multiple settings related to virtual desktops. 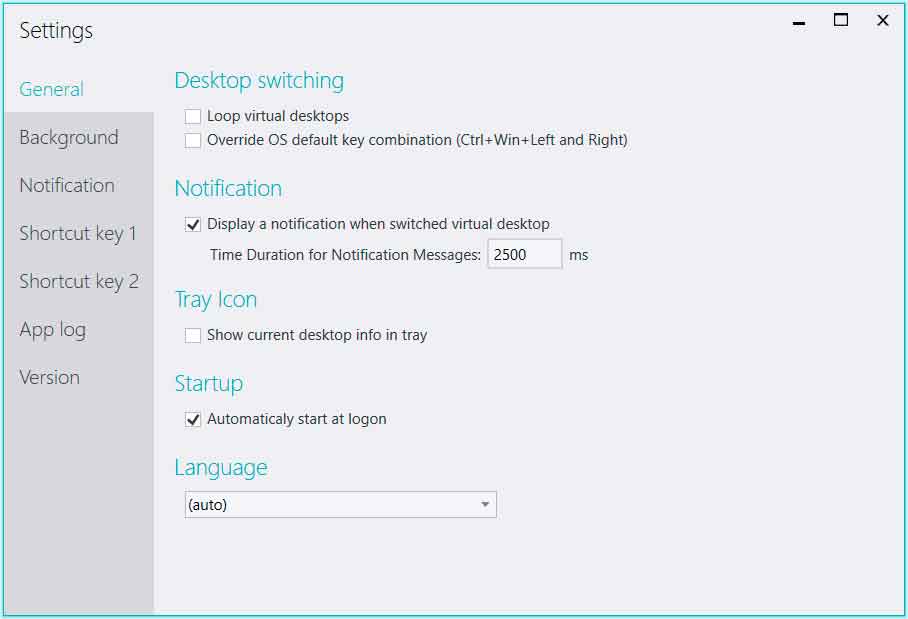 Although there are several options, we will choose the most interesting and remarkable ones. And we will start with the input Display a notification when switched virtual desktop. If we mark it, every time we move between different virtual desktops, a message will be displayed, superimposed on the screen, that tells us which desk we are on, in numerical order. In the box shown to the right of the text “Time duration for notifications messages” we will indicate the duration of these messages in milliseconds (1 second = 1,000 milliseconds). If you want to modify the position of the message, you can do it in the Notification section.

In this same section, and marking the entry “Show current desktop info in tray” we will change the SylphyHorn icon in the system tray, making it show the ordinal number of the desktop where we are at that moment. And if you are going to use the program regularly, because you plan to continue working with virtual desktops, it is best to leave Automaticaly start at logon selected, so that the program loads automatically with Windows.

And yes, I’ve saved the best for last. A common desire of people who usually work with multiple virtual desktops is to have a different desktop background on each of them. This is not possible with Windows, but Sylphy does allow you to do it, and it is also quite simple.

The first thing you have to do is find and download the image you want as the background for each of the virtual desktops. At this point it is essential, however, that you download images whose resolution, or at least their aspect ratio, are the same as those of your Windows 10 installation. Save them all in the same folder, renaming them sequentially (1, 2, 3 , etc.), depending on the desktop to which each one corresponds (even if you have changed the name of the virtual desktops, remember that they are still 1, 2, 3, etc., from left to right).

Save that folder in a safe location, where you know you are not going to delete or move it and, back in SylphyHorn, go to the Background section, make sure that the entry Change the background for each desktop is checked, and use the lower section to select the folder with the funds you have chosen for the virtual desktops. In this way the images will already be shown in the program’s interface and, when you close it, you will see the new backgrounds of your virtual desktops. 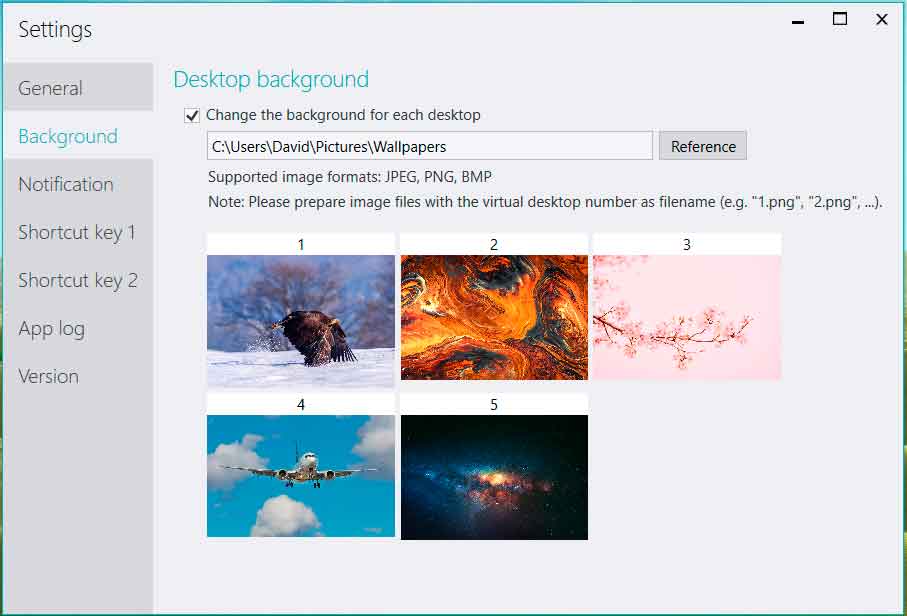