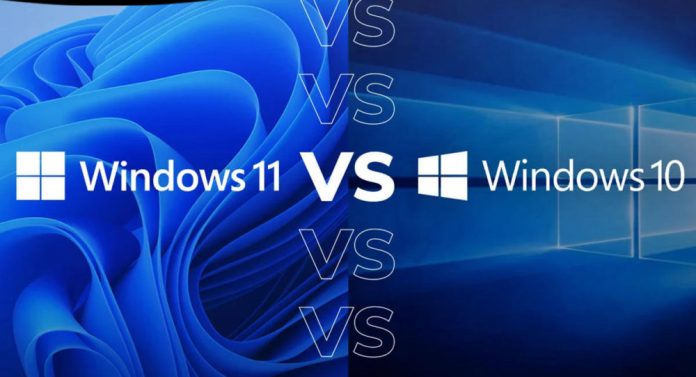 If you have tried Windows 11 and it has not finished enthusing you, you should know that returning to Windows 10 is a simple, fast and automated practice from the same internal tool that provides Microsoft on Windows Update.

Windows 11 is here and, well, the reviews are mixed. On the one hand, the visual and interface improvements, the greater coherence and integration of all the system components are valued, although they are not really revolutionary and they were already known about Windows 10X and the development of the next update for Windows 10, the 21H2 that should be released shortly. As Gartner analysts said in their business report, this is a “ overdue facelift ” as the new capabilities could have been released as one more feature update for Windows 10 .

Certainly on a visual level we are talking about a Windows 10.5, although being fair we must highlight other components that are equal to or more important than the interface . Like the Microsoft Store (although it will also be released for Windows 10) and the integrity improvements that the mandatory TPM and secure boot have provided. The decision to eliminate the delivery of semi-annual updates, moving to annual updates is a success and the company (and the Insiders) will have more time to test and deliver more stable versions. The Linux Subsystem for Windows has also been improved, although like most new features they were already known.

Regarding the performance “improvements” that Microsoft promises, we have not noticed them and, on the contrary, problems have been reported with AMD CPUs that should be in the process of being solved through patches corresponding. There are other components such as the Android Subsystem for Windows that would have been a great novelty, but it has not arrived in time for launch.

Windows 11, at the moment, is a visually appealing ‘tweak’ of Windows 10 with which Microsoft has a great opportunity to move towards a more modern system, limiting the legacy load that until now has not been possible. And something new for the industry that will facilitate the sale of PCs. But it has a long, long way to go. Windows 12 on the way?

How to return to Windows 10 from Windows 11

If you have tried Windows 11 using the Windows 10 update method and you do not consider that its news is enough to use it or you prefer to wait for future updates that improve stability, going back is extremely simple because the updater reserves the files necessary for it. We have updated several computers and the laptop we have for testing runs a development version of Windows 11 (dev channel) to inform you of the following news, with the Android subsystem as the greatest interest.

However, the equipment that we have for production and in which we cannot afford to lose a single minute nor have we touched it and continues with the Windows 10 2020 fall update. We must insist that Windows 10 will have official support until October 2025 and in a few weeks Microsoft will publish version 21H2 for which we expect a lot of news, some of the visual improvements seen in Windows 11 and others. We promise a special wide range of features and installation possibilities.

Going into the matter, returning to Windows 10 from Windows 11 in the method popularly known as downgrade is as simple as you will be able to discover in this step by step. First of all, we recommend you make a file backup in case something goes wrong. From there: 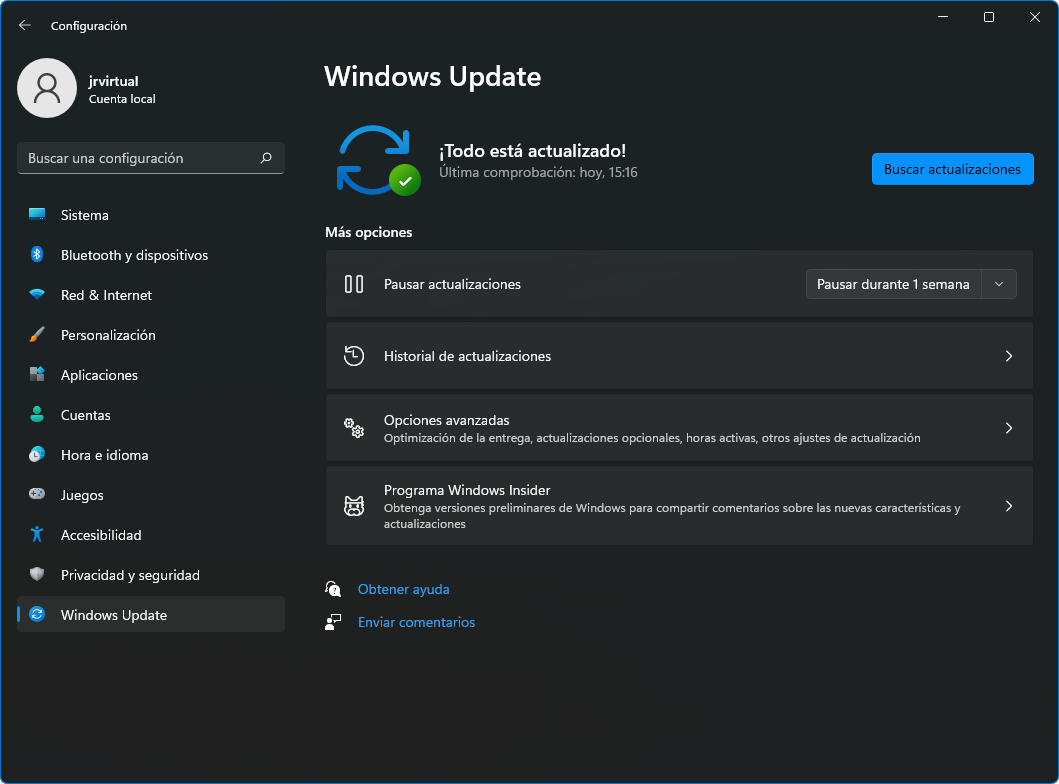 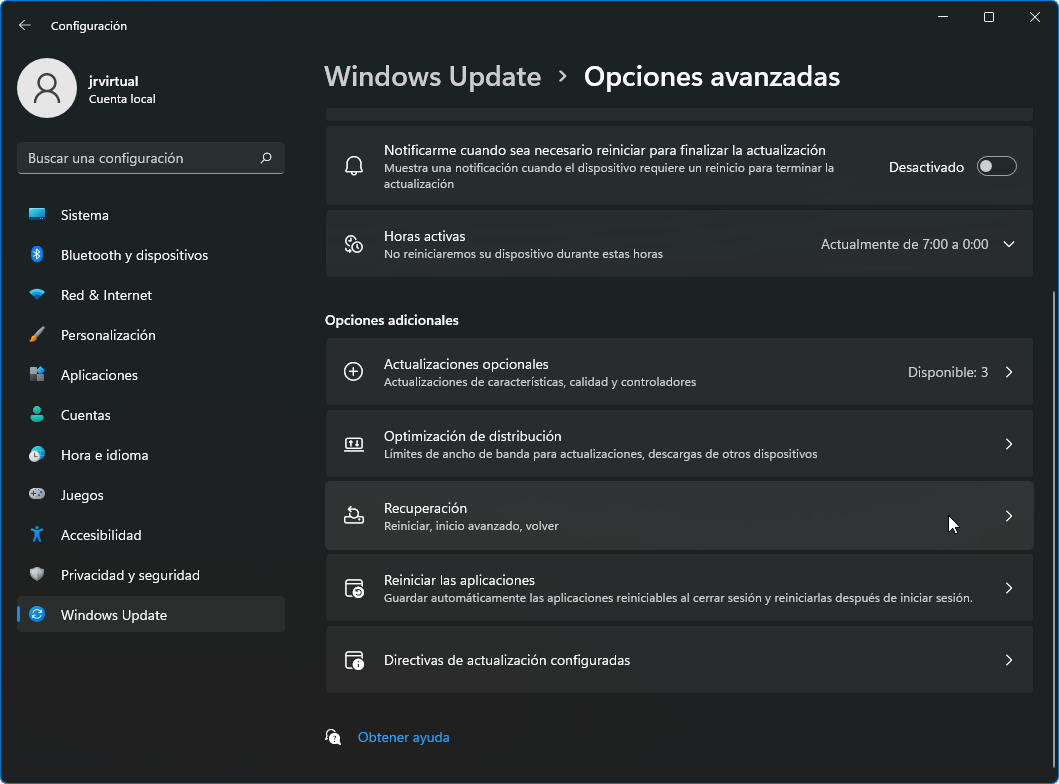 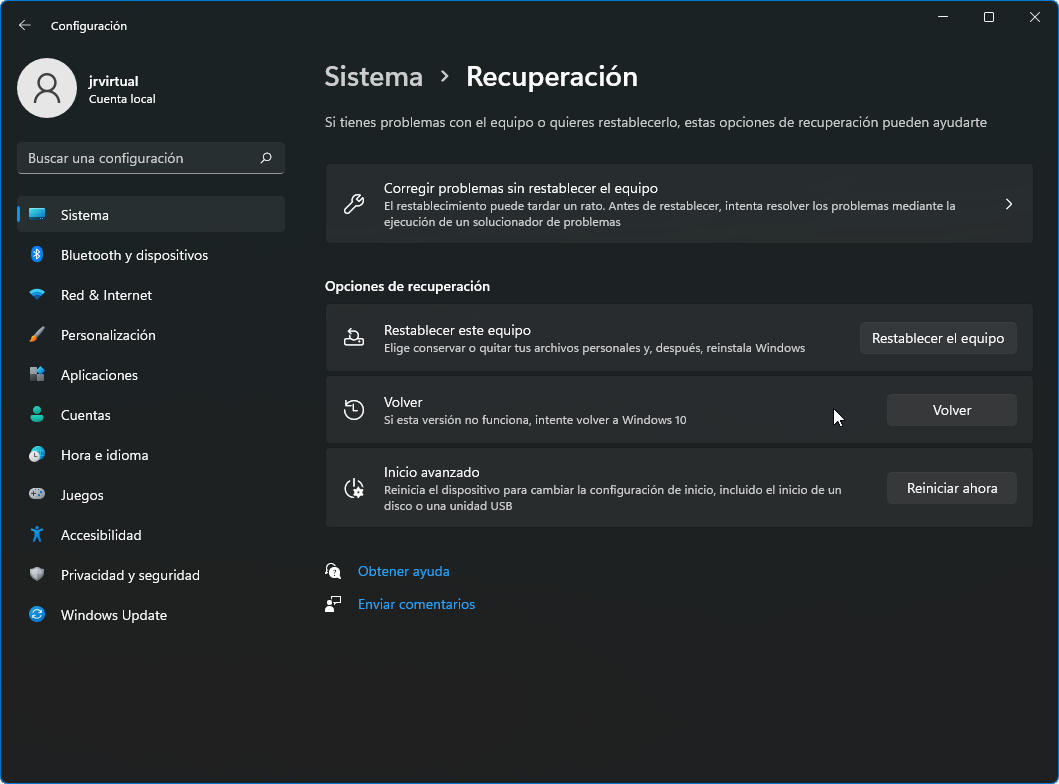 – An automated tool will start that will ask you about the reasons for going back: 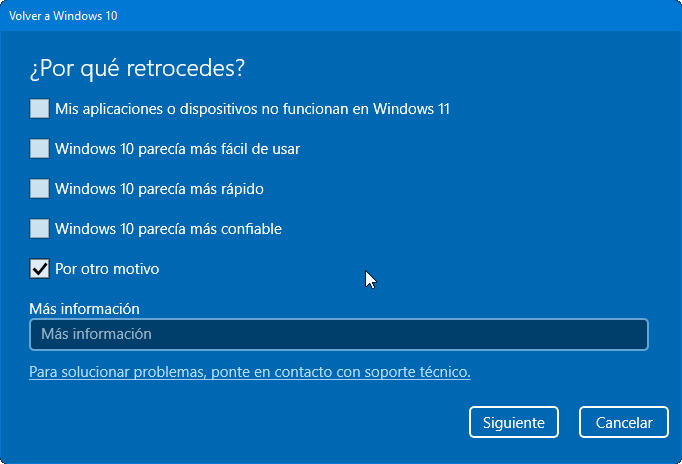 – Microsoft offers an access to the updates in case you think that this can improve the system. We click that no: 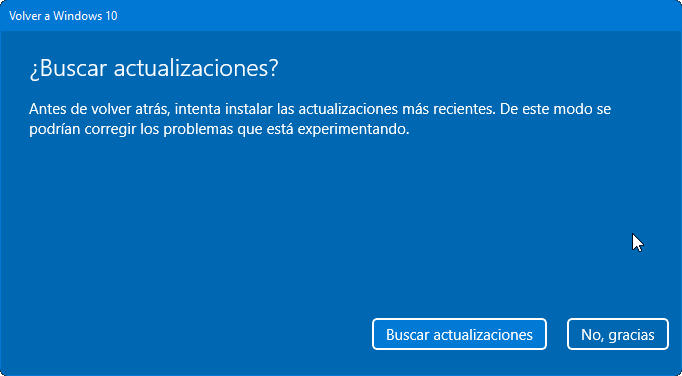 – The program notifies you of the changes: 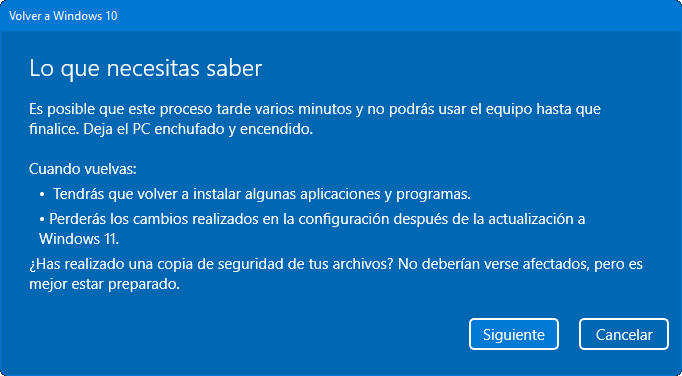 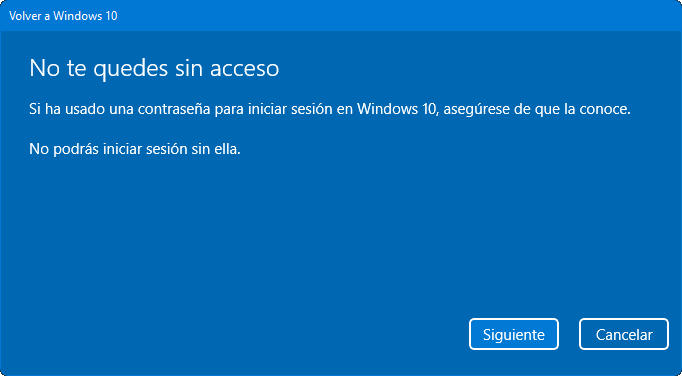 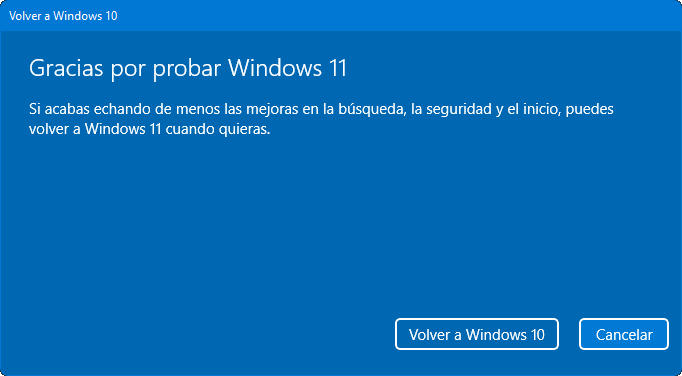 Everything ready. We have tested it on a couple of computers and the process has been simple and fast, keeping files, applications and Windows 10 settings. The downgrade allows you to continue on a more stable version of Windows and the ability to return to upgrade to Windows 11 at any time.