Is an All in One PC worth it compared to a desktop or laptop? 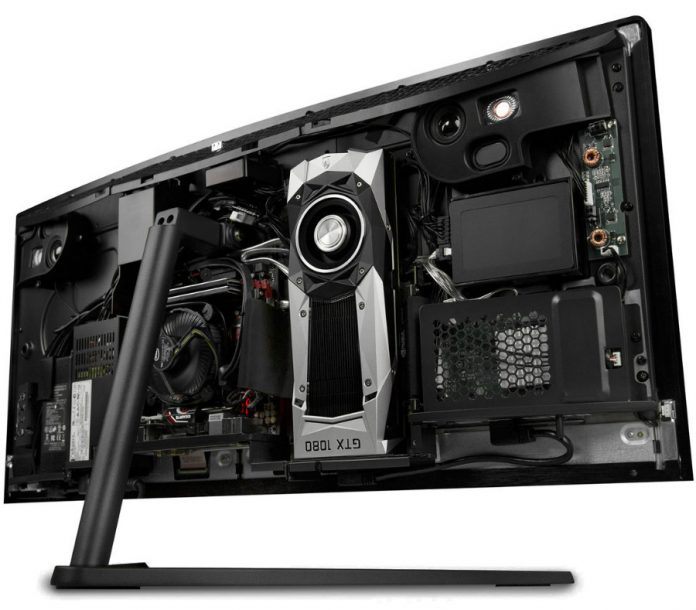 The All in One computers stand out for a specific fact and that is that at first glance we start looking for their tower to find that all the components, including the screen, are in the same space. But, is it worth buying one of these computers or is it better to opt for other options instead?

Within the PC ecosystem , we basically have three different categories: desktop PCs (in their different formats), laptops and All in One computers ; the latter are separated from the usual desktop PCs because although they are effectively desktop PCs, the hardware they equip makes them a kind of middle ground. A kind of player of everything and master of nothing, which ends up being a worse option than a laptop or a desktop.

In any case, if you still believe that it is worth buying an All in One computer, compared to a desktop or laptop PC, let us explain why they are a worse option and why knowledgeable users flee from them to the time to buy a new computer.

What are All in One computers?

The first of the All in One computers was the first Apple Macintosh, which integrated all the computer’s circuitry and fundamental components in the same space as its tube monitor, over time these have evolved and today they continue to be desktop computers integrated into the monitor.

Therefore, All in One or all-in-one computers are those that integrate all the hardware components of the PC in the same case as the screen, and this is the main difference with respect to conventional desktop PCs. With respect to laptops, the difference is that they do not include a keyboard and mouse, although in most cases they do include speakers and even a webcam. In reality, more than a desktop PC, they are nothing more than the motherboard of a laptop embedded in a large screen.

This form factor has always been alien to PCs and despite the fact that it is very popular in Apple computers, there is something that has always been in desktop PCs since the IBM 5150, the first of them, and this is nothing more than expansion ports and a clear ability to expand and configure our PC to suit each one.

Advantages and disadvantages of All in One computers

The main advantage of this type of computer is, obviously, saving space . The fact that all the components are integrated in the same case as the screen makes it much thicker and heavier than an individual monitor, but it totally saves us from having a PC case on or under the table, as well as its wiring , so it is ideal if we have little space.

However, it has more disadvantages than advantages, the first of which is none other than the hardware, as it is “embedded” in the casing, it lacks expansion ports, in addition to being able to fit all the components in such a small space, manufacturers cannot choose desktop components and are limited to laptop components. The consequences? Not only do they generally have lower performance than a desktop PC , but they are also much more expensive because the components for laptops are much more expensive and also by sharing space with the display circuitry, many times Dedicated PCBs are needed for these models.

Nor can we forget that in such a small space thermal solutions cannot be incorporated properly, and therefore the temperature will be a constant problem when they are executing tasks that require performance in these teams, and at the same time for the same reason they are usually quite noisy, even more than laptops because they have the screen panel as an additional element generating heat. That is if you are lucky enough that the components are high-end, since many manufacturers to avoid performance problems usually use very fair components in power, so look carefully at the CPU model if you are going to buy one.

Are these computers worth it?

As a general rule, we would say that these teams are the middle ground between a desktop PC and a laptop. They provide broadly the same performance as a laptop, although there are some All in Ones that do have desktop hardware, but with the disadvantage that we cannot carry them -at least not as comfortably- from one place to another, and of course They do not have a battery that gives them autonomy without being connected to the current.

The problem is that building a desktop PC is much cheaper and gaining space is not a reason why it is worth buying an All in One computer, since its lack of expansion capabilities and its high cost means that not only their relationship between the performance they give and their price is poor. So they don’t give us the power and cooling of desktops, nor the portability of laptops, but they do give us a cleaner, tidier and even more aesthetically pleasing desktop.

They are not a product that we would recommend for any type of user in particular, except for models that mount very powerful hardware and that do deliver great performance, but because they use laptop hardware, none of these models is worth it and from here we We say that if you have the ability to build a very powerful desktop PC, do it. So answering the question of whether or not they are worth it, the answer is no, and proof of this is the low sales volume they have compared to the other two types of user computers (desktop and laptop).