Minecraft 1.18: how to test the first beta 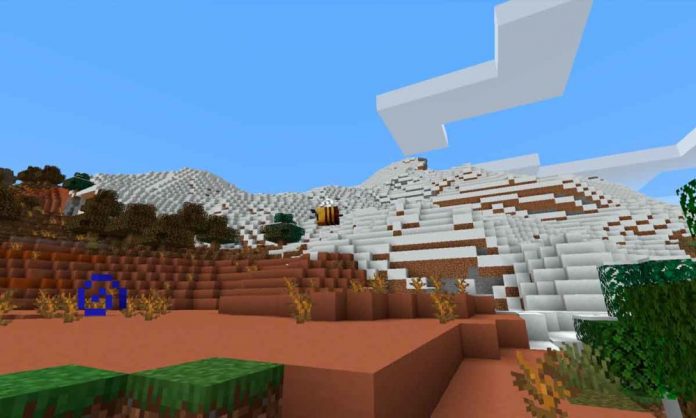 As we told you yesterday, Mojang has already released the first trial version of Minecraft 1.18 , in which we can now enjoy (again, as in the first snapshots of Minecraft 1.17) of the new caves and the new mountains, as well as the biomes that we will find in both places . There is still a lot of work to be done, and there will undoubtedly be changes with respect to what we can see now, but even so, and I say this from my own experience, it is well worth spending a good time exploring the new spaces.

The problem is that, for some reason, Mojang has decided to exclude this trial version from its normal snapshot system , so it is not possible to install it by following the steps we indicated when We will tell you how to test the game’s betas . The reason given by Mojang is that this beta of Minecraft 1.18 does not reach the usual development level of snapshots, and therefore wants to prevent users from downloading it by mistake, thinking which is as stable and reliable as the previous ones. In addition, it also has some performance issues that will surely be resolved, but that may affect the gaming experience.

As usual in snapshots, they do not allow opening worlds created by stable versions , precisely in order to avoid damaging those maps, so if you decide to try this first beta of Minecraft 1.18, you will have to do it in a new world. My advice in this regard is not to start a “long-term” map. Instead, uses creative and spectator modes to explore the caves and mountains, but expect it to be a map that you will leave behind in a few weeks.

With that said, do you want to try the Minecraft 1.18 beta? Then follow the steps that we indicate below, and in less than two minutes you will have already immersed yourself in the advance of what Mojang is preparing us for next Christmas. 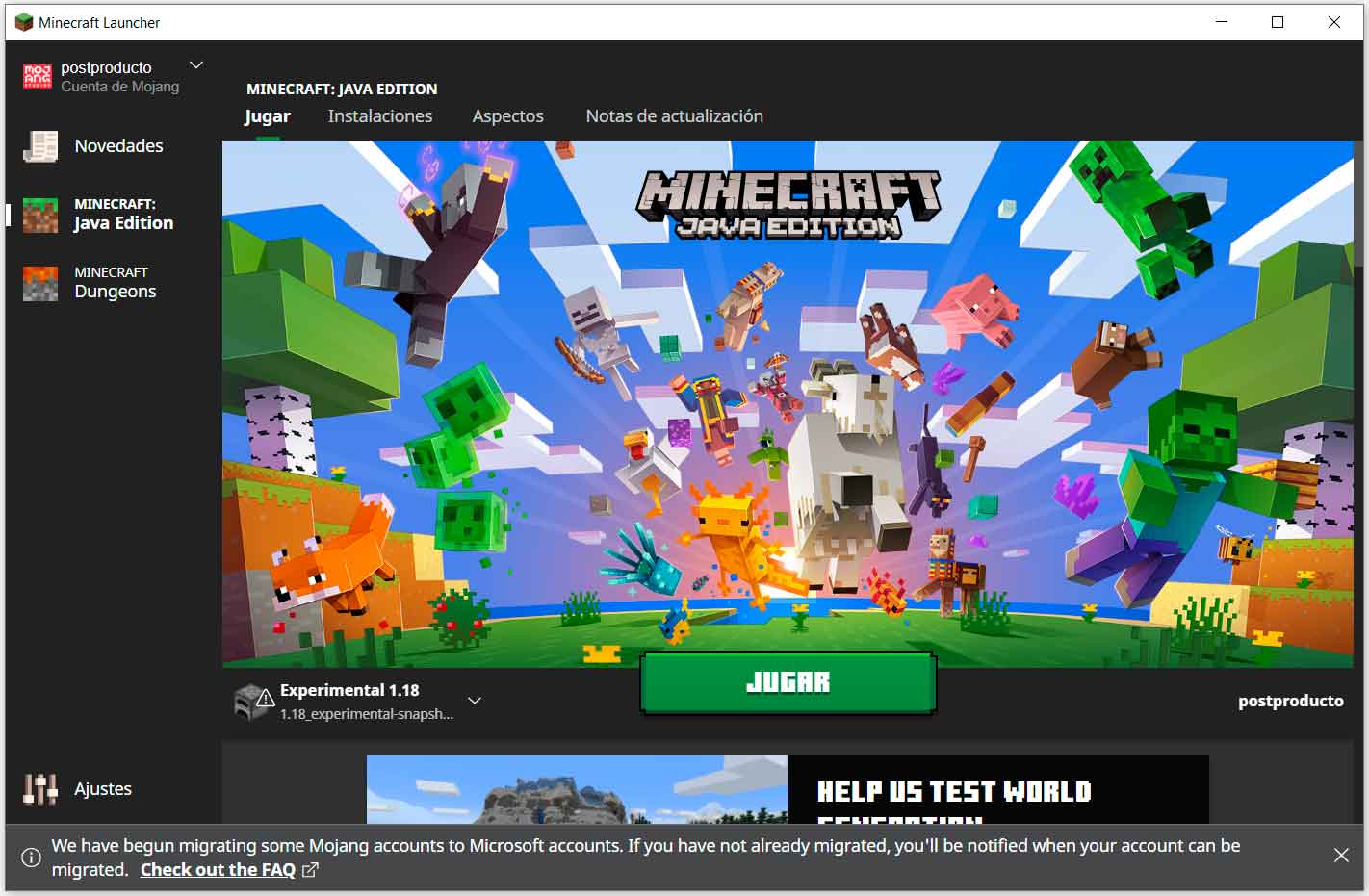 How to install the Minecraft 1.18 beta

Once you have downloaded it, when you unzip it, you will see that its content is a folder called 1_18_experimental-snapshot-1 that has, inside, a file called 1_18_experimental-snapshot-1 .json . The next step you must take is to move this folder, with the file inside it, to the Versions folder in Minecraft. If you don’t know how to find it, don’t worry, press the Windows and R keys simultaneously, type % appdata% . Minecraft and confirm. This will open a new Windows Explorer window with the folder in which you have to copy the folder of the file you downloaded .

Now you are going to create a new instance with the Minecraft 1.18 beta. To do this, open the official launcher and access the Installations tab. In it, click on the New installation button and, in the dialog that will be displayed, give this instance an identifying name and select the version pending 1.18_experimental-snapshot-1. Make any additional adjustments if you wish and confirm the operation with a click on Create .

Back on the install list, you might not see the Minecraft 1.18 you just created. Do not worry , this is because you must mark, in the upper right, the option With mods, because that is how the launcher identifies it. Once selected, the new installation will already be shown in the list.

Place the mouse pointer over it and click on the Play button that will then appear. L the first time you will have to wait for the launcher to download the necessary files . In addition, every time you open it, a security message will be displayed, which warns you that these types of modified versions can be dangerous (although this is not the case, since this is official). Confirm that you want to play and you will now access the Minecraft 1.18 beta, as you can see in the lower left corner of the game’s initial screen. 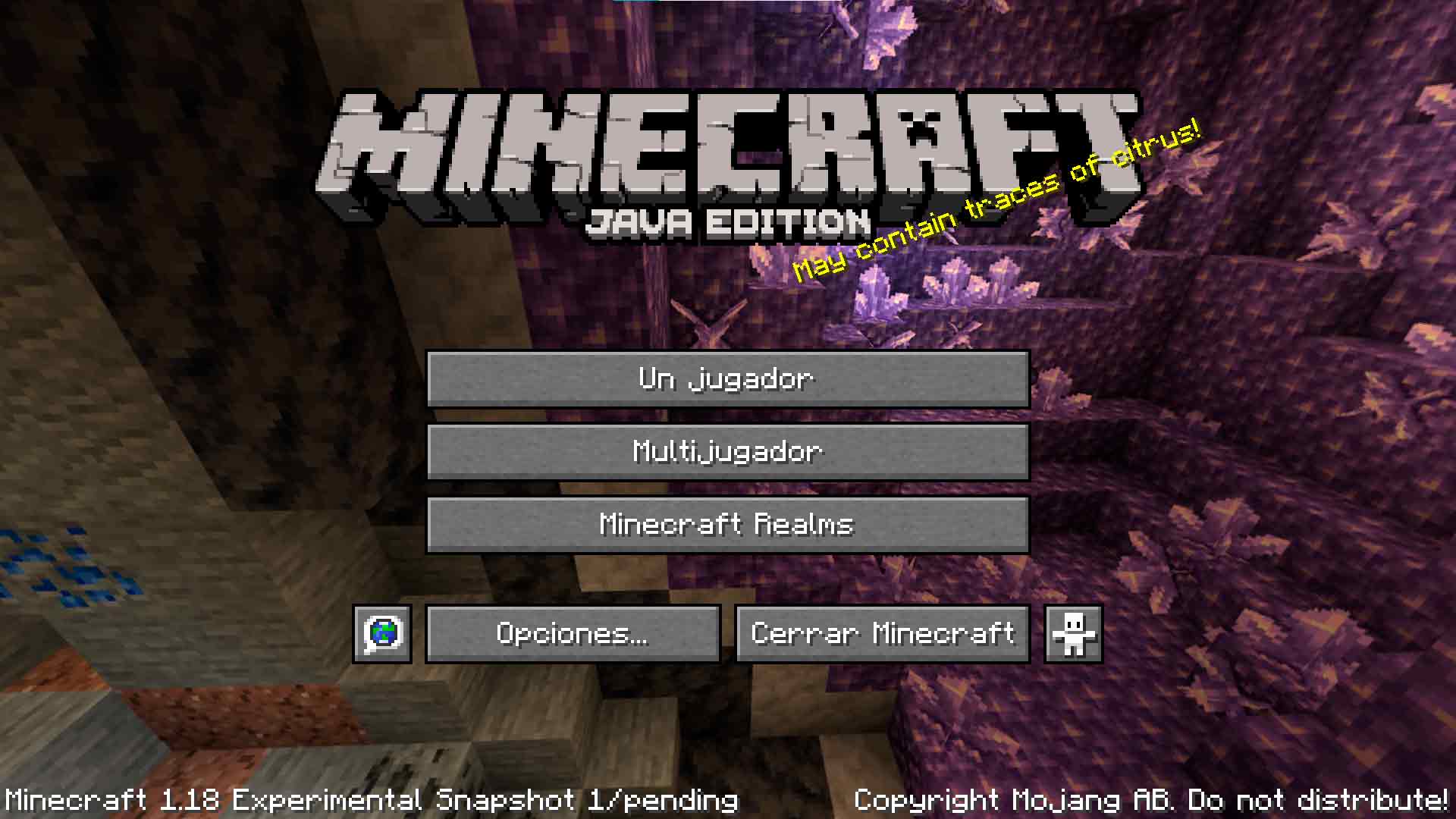 How to install the Minecraft 1.18 beta in MultiMC

When we explained how to test Minecraft betas, we did it with the official launcher and MultiMC, a quite popular alternative launcher that, in my case, is the one that I usually use both to play and to test new versions and snapshots of the game. I especially like it because makes it very convenient to keep the various instances totally isolated from each other .

If you also use it and want to try the Minecraft 1.18 beta but you have not found it in the list of available snapshots you should not worry. As we already told you yesterday, Mojang has decided to classify this beta as an experimental snapshot , which leaves it out of the usual channel of these versions. However, the New Instance Installation Manager has a category that users rarely activate, called Experiments. You just have to mark it and, automatically, it will be shown. You just have to choose it, follow the usual steps and you will have it installed and ready to test. 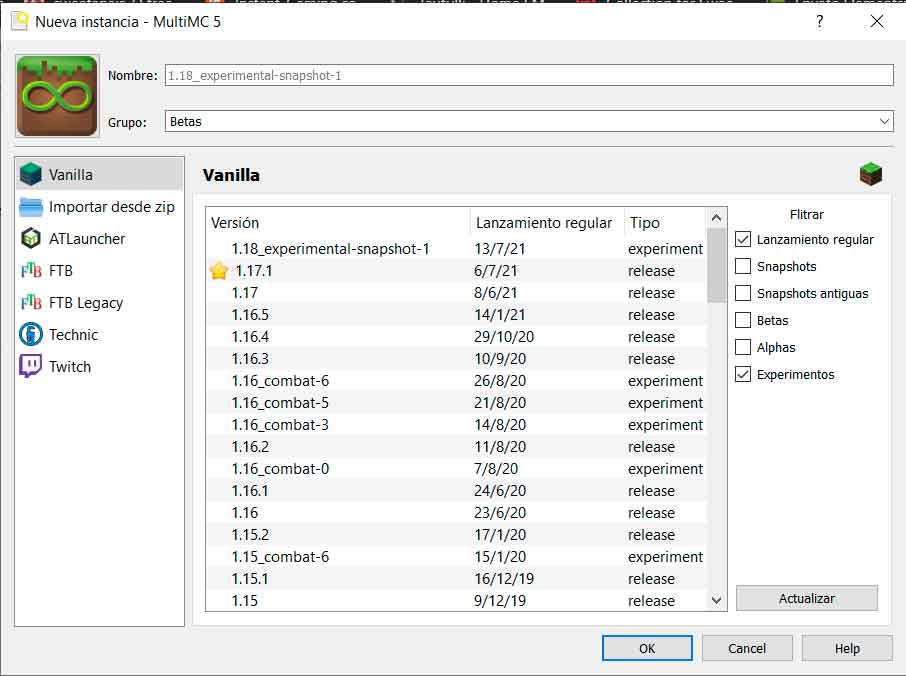