Start Button and Taskbar Problems in Windows 10: How to Fix Them in Seconds

During the last week, Windows 10 started giving me a rather annoying problem. The computer started up normally, but on some occasions the SSHD storage unit that I have as a secondary solution, where I store photos, music and certain files that I need to move frequently and that take up little space, would freeze . It worked, but it didn’t allow me to open the files.

When this error occurred in Windows 10, I noticed that did not respond well to the taskbar or the start button. I clicked on an icon, and there was no response. It continued to work normally, and after a random amount of time passed, the action was executed, which caused that, suddenly, Microsoft Word, Paint, the calculator or whatever the icon that had previously touched was opened. The same was true of the SSHD drive.

I was thinking about it a lot, and I even considered carrying out the repair process that we saw a few years ago in this tutorial , but in the end, I found a much simpler, faster and effective that I want to share with you , in case you have had this problem and it also brings you head, or in case it appears at any time, either in the short, medium or long term. The steps are very simple, and it is not necessary to fiddle with the command prompt, but if you have any questions you can leave them in the comments. 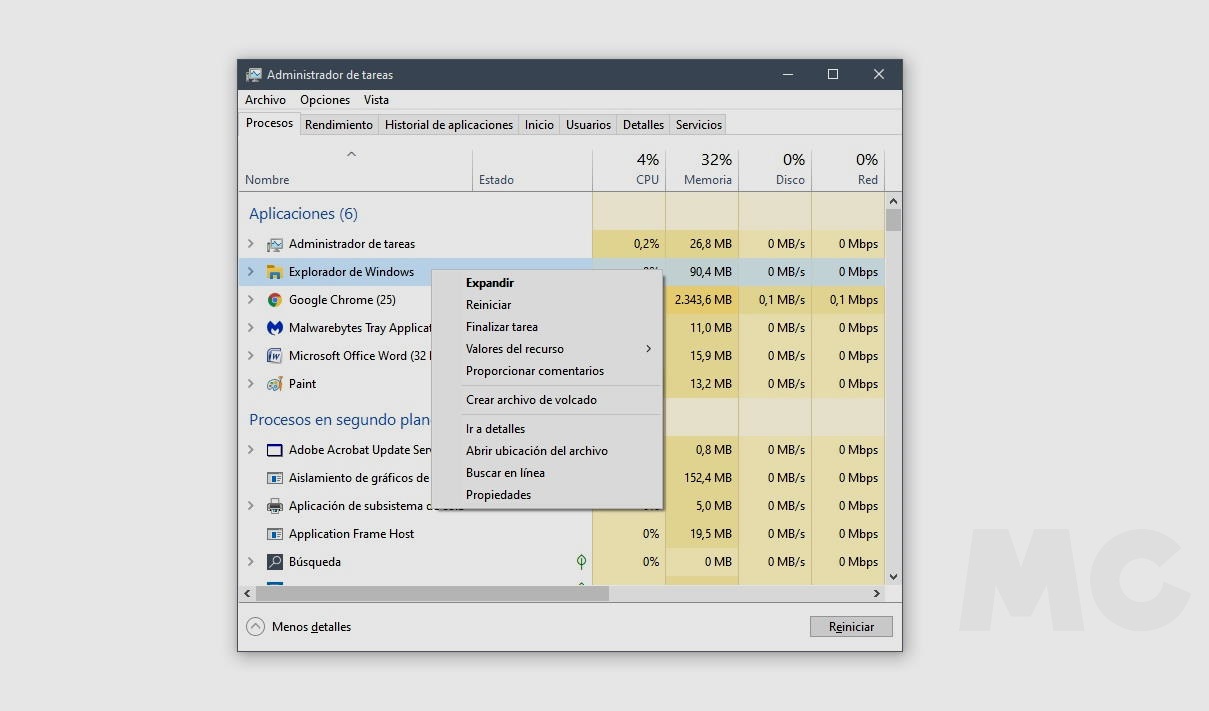 Steps to follow to solve this problem in Windows 10

In my case, it was very curious, because after performing a single restart of “File Explorer” I have not experienced any kind of problem , neither with the SSHD drive nor with the toolbar. tasks or the start button. This makes me think that it could be some underlying error that was left unresolved and that after that reboot it was completely fixed. Also noteworthy is the slump that I have been hitting lately with Windows 10, an operating system that already gave me a major upset when made my SSDs disappear.

As our regular readers will know, many of the problems that occur both at the software and hardware level can be solved with a simple reboot, and this includes Windows 10. That is why it is something that We must never rule out, in fact, due to its simplicity and how easy it is to apply, it is one of the actions that we should carry out in the first place. It would not be the first time that I have been tinkering with something for hours to discover, after a tedious day of tinkering, that I could have solved it with a simple reboot.