WHEN THE TECHNICIANS WANTED TO PUT A RECORD PLAYER IN A CAR AND THEY PUT IT! 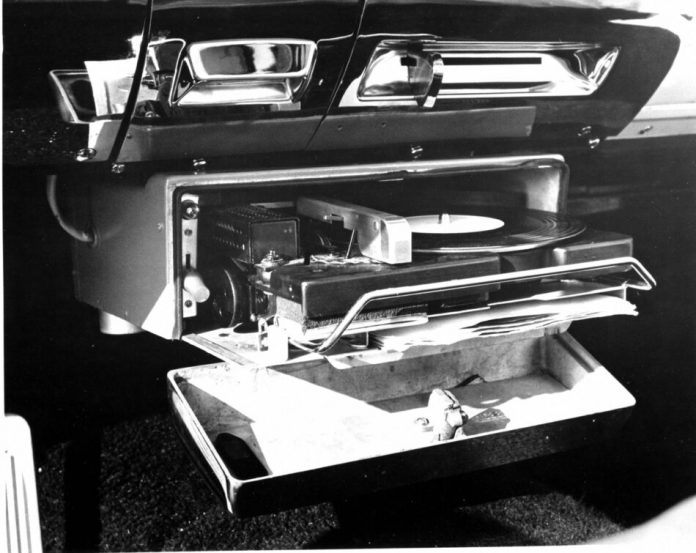 The sound system in a car is almost a must at this point. The options for listening to music on board are almost limitless. But until 1956, drivers had only one option, AM radio. The Modulated Frequency had neither arrived nor expected. It was then that the Chrysler group decided to innovate. And it did so by incorporating a turntable on board.

Highway Hi-Fi was developed by the head of the CBS Laboratories record company, Peter Goldmark, inventor of long-playing vinyls, which were then called long play and now EPs. Despite the wildness of the idea, Goldmark convinced Chrysler of the commercial possibilities of the ingenuity and at first they did not go badly.

Models from brands such as Plymouth, Dodge, DeSoto, and Imperial, all belonging to the Chrysler group at the time, mounted and offered their customers the possibility of listening to their favorite music on board. It was an extraordinary business claim that, however, ran into some potholes along the way. The first, and fundamental, that the needle jumped with each small irregularity of the terrain. To combat this, Goldmark devised a very heavy arm that held steady on the vinyl without disturbing the playback rate.

The most resistant vinyls

The downside was that the vinyls that were manufactured at that time were not able to withstand so much weight without being damaged. So Chrysler asked CBS to make stronger music records. The record company did. He made a special series for the car with easy music of the moment. It could be purchased at dealerships or, to make the invention more accessible, order it by mail. So Chrysler pioneered not only in-car music, but also catalog selling.

Needless to say, the invention did not thrive even though it was offered on all Chrysler models from 1956 to 1959. The reasons? The expected ones. That was missing a lot, you could only listen to a very limited selection of music, the one that CBS wanted, and the manufacturing costs were very high.

Still Chrysler was not discouraged. He checked the wits and went back to charging, this time with a selection from the RCA label . The novelty in this case is that it admitted several discs that, once they sounded, gave way to the next. It shouldn’t have been so badly done because it got a lot of competitors like Philips, but it did open the doors to today’s complex sound systems, some really sophisticated with almost limitless programming options and countless speakers.

But they were already other systems. Nobody else dared to mount a turntable on board and make it work… even with the car running.

They manage to regenerate knee cartilage with bursts of electrical current

Advertising on Facebook can be directed at a single person