A laboratory in the garden: this is how the wild animals of the city interact while there are no humans 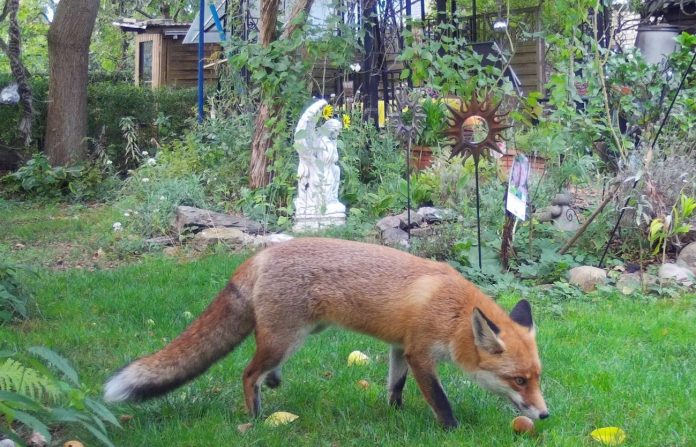 Avoid or compete, eat or be eaten, take advantage or cooperate: wild animal communities are structured around the interactions that occur when they share space.

The urban environments represent a special case, since the presence and human influence could change the rules of the game ecological substantially.

How are wild carnivores related in a city? Has the quarantine affected your behavior?

To answer these questions, a team of scientists from the Leibniz Institute for Zoological and Wildlife Research ( Leibniz-IZW ) installed around 150 cameras in the private gardens of various houses in Berlin, with the collaboration and permission of their members. neighbors, with the aim of analyzing the behavior of foxes, raccoons, marten and cats.

Around 150 cameras were installed in Berlin gardens to analyze the behavior of foxes, raccoons, marten and cats.

The time span analyzed was from fall 2018 to fall 2020. The results are presented in the Journal of Animal Ecology .

The research team divided the city of Berlin into a grid, made up of 300 square cells measuring two kilometers on a side, and during five periods of one month each, the research team collected and analyzed thousands of images of the activity of life. wild town.

The analysis is part of the citizen project ” Wildlife researchers “, led by Stephanie Kramer-Schadt , scientist at Leibniz-IZW (Germany).

Wild life in the city gardens

The city ​​gardens were chosen as a field of study for their ability to attract and scare off wild animals, acting doubly as a potential source of food and a meeting place for both humans and domestic animals.

The researchers combined the photos recorded by the cameras with the information available on the size of the gardens, the amount of vegetation , the potential sources of food , the height of the fence and the population density. 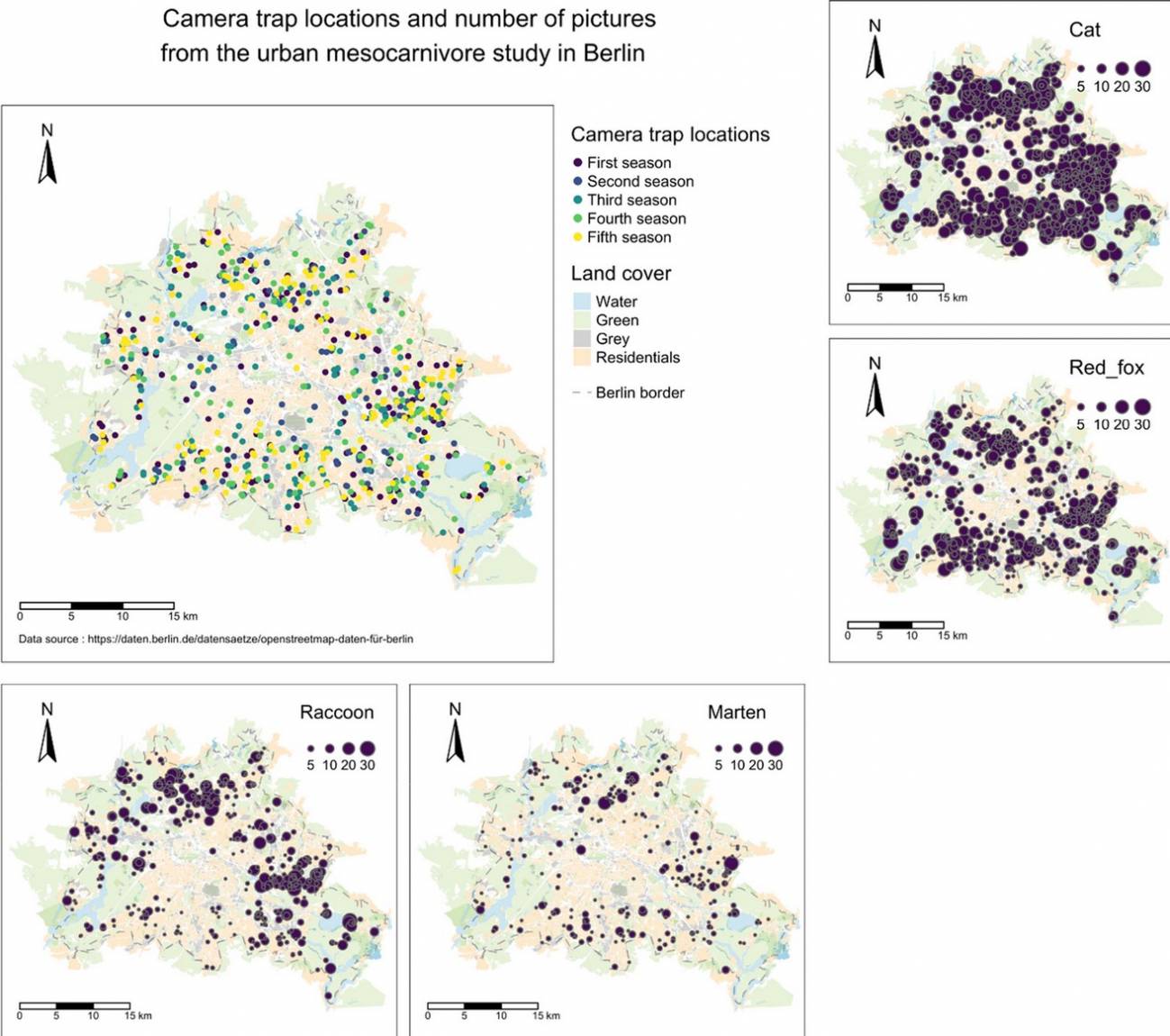 Location of camera traps in the city, and number of photos of each of them by type of animal. / Louvrier et al.

“We were interested in how highly flexible and adaptable carnivore species interact space-time in human-dominated environments,” explains Julie Louvrier , from the Technical University of Berlin (Germany) and first author of the study.

“This means that we wanted to know if they use the same places and, if so, if they are avoided between species by going at different times of the day or night, for example,” continues the researcher.

The seasons of the year and the quarantine caused by the pandemic had a significant influence on the frequency with which the species were recorded.

The research group found that the seasons of the year and the quarantine caused by the pandemic had a significant influence on the frequency with which the species were recorded.

They also found that fall is a much busier season for Berlin’s foxes, raccoons, marten and cats, as opposed to spring. During the mobility restrictions, Berliners used their gardens more than usual during the day, forcing the fauna to be more nocturnal .

At the same time, the presence of foxes, marten and raccoons in gardens increased during quarantine periods, most likely due to a lower human presence in urban space.

They avoid the human being

Although all species of wild carnivores are somewhat accustomed to the presence of humans, they avoided encounters with them by concentrating their movements at night, the period of least activity in the city.

Cats do not seem to avoid other animals, whatever the time of day, even though their body mass is less than that of foxes and raccoons.

The researchers found that the animals avoid each other on small timescales. There is a delay between the consecutive detections of the different species, which indicates a temporal segregation of the same space.

Domestic cats are a special case: a higher presence of cats meant more raccoon detections, as these animals would use the presence of domestic cats as a potential indicator of leftover cat food.

On the other hand, marten and foxes were not more likely to appear when there were cats. This indicates a hierarchy of the four species, among which the cat is the dominant one.

This statement is revealed as true in the light of another interesting conclusion of the study: cats do not seem to avoid other animals, whatever the time of day, although their body mass – considered an indicator of dominance – is usually less than the of foxes and raccoons.

The quarantine was a blessing, as it provided an opportunity to study what our wild neighbors do when people suddenly disappear from urban space.Stephanie Kramer-Schadt, Leibniz-IZW scientist

“Humans impose strong selective forces on wild species, thus modifying their behavior and way of life. The quarantine was a blessing, as it provided an opportunity to study what our wild neighbors do when people suddenly disappear from urban space, ”emphasizes Kramer-Schadt.

“Our research sheds some light on the rules governing interactions in a medium-sized carnivore community living in an urban setting,” concludes Louvrier.

Although there are several factors that influence these patterns of interaction, both spatially and temporally, one thing remains clear: domestic animals exert their dominance over the local Berlin fauna, even over species that are relatively well adapted to the urban environment.

Louvrier, Planilla  et al. “Spatiotemporal interactions of a novel mesocarnivore community in an urban environment before and during SARS-CoV-2 lockdown” Journal of Animal Ecology . 2021

Share
Facebook
Twitter
Pinterest
WhatsApp
Previous articleAOC Q34E2A, review: the pleasure of working on an ultra-wide screen
Next articleThe genes of the mother and father ‘fight’ over the nutrition of the fetus during pregnancy
RELATED ARTICLES
Life Sciences