Shortly after their arrival in Central Europe, the Homo sapiens showed advanced manual dexterity to create a 3.7 mm ivory plate. thickness and decorate it with perforations. This is attested by an investigation led by the University of Bologna (Italy), which has analyzed the 20 remains of animal bones discovered in the Stajnia cave ( Poland ) in 2010.

Among them are a pendant , made from a mammoth tusk , and an awl. The samples were dated by radiocarbon to estimate their age at about 41,500 years .

“This study is important because, for the first time, a decorated piece from 41,500 years ago is found in Poland, a region that, in recent decades, has been overlooked from large-scale scattering scenarios of Homo sapiens in Europe ”, declares to SINC Sahra Talamo , main author of the study published in the journal Scientific Reports .

The application of a series of state-of-the-art methods to determine the exact age of these jewels has made it possible to determine the broad behavioral adaptability of primitive groups that visited the cave, in highly seasonal environments north of the Carpathians. The cave was a hunting ground used for short-term occupation.

According to scientists, these objects are the first known evidence that humans decorated jewelry in Eurasia and the appearance of this symbolic behavior in human evolution.

“The result of our study questions the monocentric model of diffusion of the artistic innovations in the Aurignacian . Most likely, these artistic manifestations were common within these early groups. The next investigations in the center-west of Europe will reveal new ways of development of the personal ornaments ”, argues the researcher.

The identification of the raw material of the pendant from Stajnia was carried out by evaluating the broken edges and the exfoliated surface of the object around one of the perforations in which the pendant was exposed. internal structure of organic matter. Collagen was extracted in the Human Evolution department of the Max Planck Institute for Evolutionary Anthropology in Leipzig (Germany). 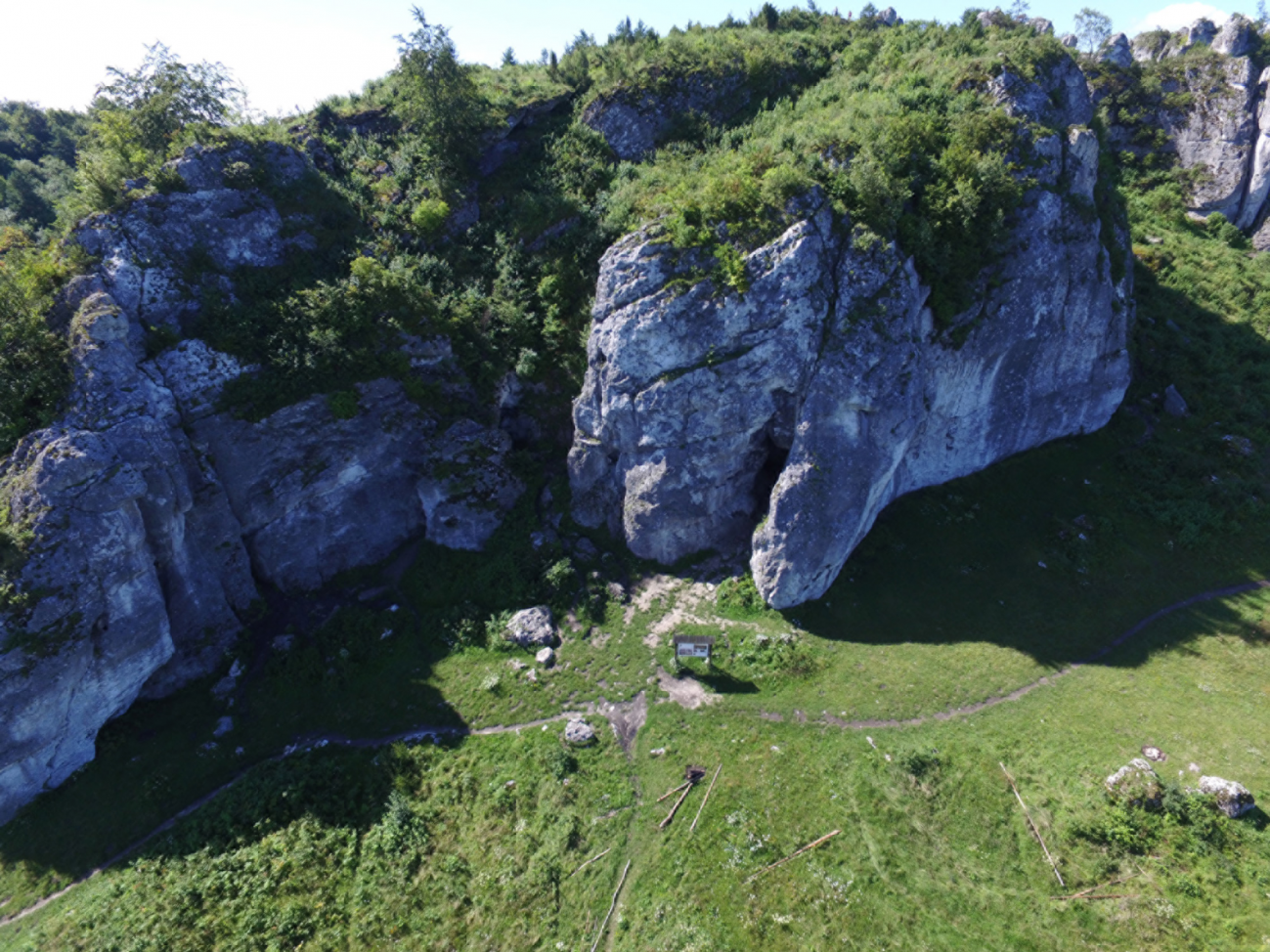 Its symbology is an unsolved question

The mammoth tusk consists of a series of cones that are formed by stacked dentin plates that, in a On gross examination they appear as milk-white homogeneous fibrous bands.

The pendant decoration , made with this material, included patterns of more than 50 perforation marks in an irregular loop curve, and two complete holes. The authors suggest that the indentation pattern, similar to that of later jewels found in Europe, could represent hunting accounts (a mathematical counting system) or lunar notations that correspond to the monthly cycle of the Moon or Sun .

It is decorated with a perforation pattern that creates an irregular, looped curve. This curvature of the Stajnia pendant could indicate a lunar analema

“It is decorated with a perforation pattern that creates an irregular, looped curve. This curvature of the Stajnia pendant could indicate a lunar analema –curved figure shaped like a figure eight–, but its symbology remains an open question. It is fascinating that similar decorations have appeared independently throughout Europe. So far, what we can interpret is that the two holes were made to hang it from the neck, ”says Talamo.

Most of the iconic ornaments found up to this point were extracted from older excavations, but with less information on the formation of the site and post-deposition alterations. Therefore, its chronological attribution is based solely on the stratigraphic context and not on direct dating.

“For example, the objects discovered in the Swabian Jura (Germany) and others in France could be older or younger, we cannot determine this. Only with precise radiocarbon dates could we reveal the territorial diffusion of these artistic manifestations ”, he concludes.