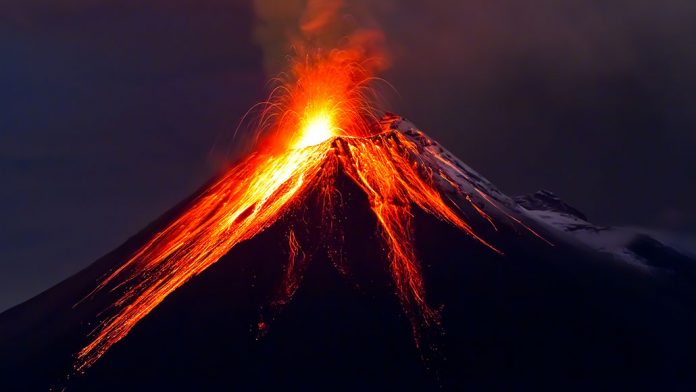 The earthquakes of 2012 in Central America triggered the eruption and activation of some volcanoes in the area, according to a new international study published in the journal Scientific Report .

The researcher of Geosciences Barcelona ( GEO3BCN-CSIC ), Joan Martí , has collaborated in this publication led by the scientist Gino González , PhD student at the University of Bari (Italy) and member of the NGO Volcanes Sin Fronteras .

The study demonstrates the direct relationship that may exist between seismic and volcanic activity. “In our study we quantitatively demonstrate when it is possible for earthquakes to trigger volcanic eruptions,” explains Martí.

According to the work, earthquakes could influence volcanic activity, but only in very specific cases in which the volcano is already in a state of eruptive preparation very advanced. “In the case of a volcano in a state of rest, the contribution of seismic energy to its system is not enough to be able to initiate the eruption”, adds the volcanologist.

“It is not a situation that can occur in a generalized way but in very particular cases, which indicates the need to have good volcanic monitoring in those potentially active volcanoes,” he details the GEO3BCN-CSIC researcher.

Earthquakes as a tool to detect possible eruptions

To verify this relationship, the research team has analyzed the earthquakes that occurred in Costa Rica, El Salvador and Guatemala between August and November 2012, a period in which Central America suffered three of the largest earthquakes with a minimum magnitude of 7.3 .

Following these seismic movements, the volcanic activity in that region increased for days and even years later. In addition, there were eruptions of volcanoes that had been dormant for decades or hundreds of years. “Volcanoes and earthquakes are more closely linked than we think and this could have implications for the global geodynamics of the interior of the Earth”, highlights González.

The research also points out that, when analyzing the possible effects of a seismic movement on a volcano, not only the size of the earthquake but also the rupture time , its dominant frequency and the radiating energy .

To analyze the effects of an earthquake on a volcano, the rupture time, its dominant frequency and the energy it radiates must be taken into account

“With this regional observation we come to the conclusion that an earthquake, no matter how large, is not capable of reactivate a volcano with very low activity and cause it to erupt. Earthquakes cannot trigger volcanic eruptions, but they can help those with high previous activity to do so ”, clarifies the researcher from the University of Bari.

For Dmitri Rouwet, research co-author and researcher at the National Institute of Geophysics and Volcanology of Italy , the conclusions of this study are important for the disaster reduction : “We know that big earthquakes will happen. If we previously know the degree of activity of the volcanoes, we could know which volcanoes will erupt in the medium term ”.

For this reason, “work must be done at the local and regional level to anticipate possible eruptions and, thereby, avoid loss of human and economic life,” adds the expert.

González et al. “Increment in the volcanic unrest and number of eruptions after the 2012 large earthquakes sequence in Central America”. Sci Rep