Every morning, Bruno Martín , science communicator from Scienseed , wakes up distraught by the ecological crisis . End the day the same way. Every little gesture he makes throughout the day is “exhausting”, he confesses to SINC.

Eco-anxiety is a sense of apprehension, concern, and uncertainty about the potential scope of the anticipated impacts of climate change

“When I say this, people think that I am overwhelmed by buying things wrapped in plastic or on Amazon because I feel guilty, but it is not exactly that (but also). What really stresses me is seeing in the news that every year more people die from floods , fires , heat waves , or that fauna and animals disappear. natural spaces because we destroy them or that world rulers are unable to agree to the end of fossil fuels ”, comments the scientific communicator.

This feeling of helplessness , incomprehension and overwhelm generated by the climate crisis is known as eco-anxiety . Traditionally, the scientific community has analyzed the effects that human actions have on the environment and how the consequences affect our physical health through pollution, the spread of diseases or food shortages, among others. Now, in addition, there is more and more talk about how all these effects affect our mental health .

Eco-anxiety would therefore be the sensation of apprehension , concern and uncertainty due to the potential scope of the expected impacts of climate change, according to It is defined by SINC María Ojala , Professor of Psychology at the University of Örebro (Sweden), who studies how young people feel about environmental threats.

This sentiment has its origin in the such catastrophic futures that are presented to us. For example, when we read news of studies on global warming or when we see devastating images that are produced as a consequence of extreme weather events .

“You feel helpless, sad, angry, anxious because you see how those futures have materialized and everything seems to indicate that they will be more and more frequent”, explains to SINC Andreu Escrivà , PhD in Biodiversity and author of the book And now what do I do: How to avoid climate blame and take action .

However, it is not only related to the future, but also to the present . There is still talk of climate change as an abstract concept that we will have to face in the future. Therefore, it is not a problem that involves today’s society, but future generations. This simplistic narrative shared by the majority of society is another reason that most overwhelms people who suffer from eco-anxiety.

Added to this is the feeling of impotence and of guilt , since often citizens concerned about the state of the planet do not have enough tools to deal with this problem.

“You feel guilty because there is a narrative that citizens have to do everything (change our habits: recycle plastic, use public transport, eat less meat …) and, at the same time, we feel that the problems climatic conditions are of a enormous magnitude . Therefore, that helplessness generates a lot of climate anxiety ”, adds Escrivà.

You try to do things well but the system makes it very difficult for you. Many people seem to care and those who do not care do not know very well what to do

The Scienseed communicator agrees: “You try to do things well, but the system makes it very difficult for you. To many people it seems that they do not care and those who do not care do not know very well what to do “. 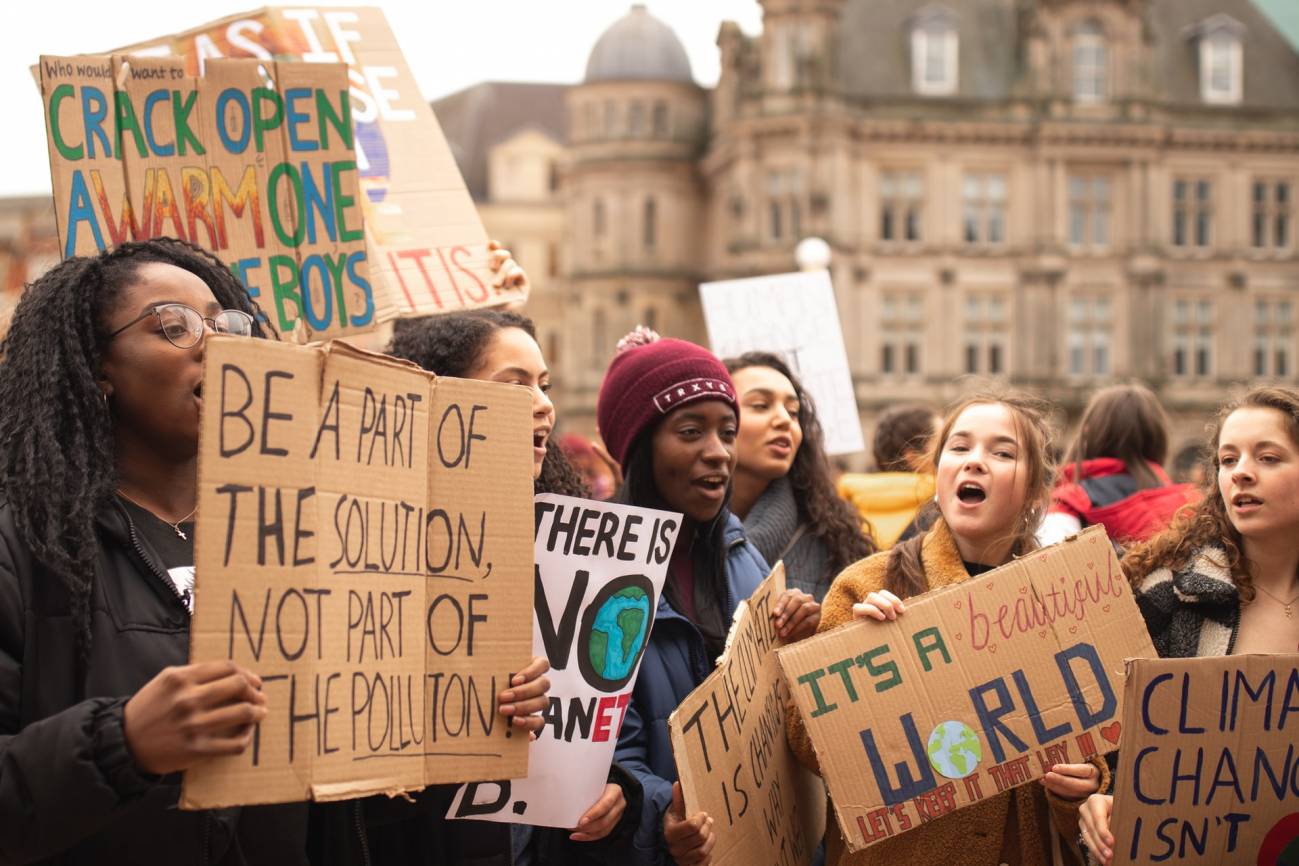 For young people, the most frustrating thing is that governments and adults do not seem to share this concern about climate change. / Unsplash | Callum Shaw

According to the doctor in Biodiversity, there are two types of eco-anxious. “On the one hand, there are the people who end up convinced that they do everything wrong and that they could do more [to minimize their impact on the environment]. We have to avoid that because guilt is a feeling that does not mobilize and does not lead to action ”.

On the other hand, there are the hyperperfectionists , that is, “those people who, for example, do not use anything that contains plastic, do not eat meat for climatic reasons or do not get on a car whatever happens ”, explains the expert.

Hyperperfectionist profiles can be dangerous if taken as an example and generate more eco-anxiety, since there are people who cannot give up certain things due to their personal situation

However, in different investigations it has been observed that these profiles do not mobilize either. “Sometimes they lead us to think that if we break perfection, everything we have done is no longer worth anything, and that is false,” says Escrivà.

“Climate change is not a kind of catechism or duties that must be fulfilled 100%. As a popularizer and activist, I am not interested in the fact that only 5% of Spaniards do everything ‘perfect’, but that 80% of the population of this country reduce, for example, their consumption of plastic, meat , flights by plane, etc. ” details.

In addition, according to the scientist, these hyper-perfectionist profiles can be dangerous if taken as an example and generate more eco-anxiety, since there are people who cannot give up certain things due to their personal situation.

“There are people who can give up plastic, but not others, such as doctors. Therefore, these profiles must be seen as people who, thanks to the privileges they have and their awareness and drive, have been able to make certain changes ”, asserts the expert.

In addition, an opinion article published in the journal BMJ notes that levels of eco-anxiety are on the rise, especially among children and young people. Researchers from Imperial College London in the United Kingdom, Mala Rao and Richard A. Powell , commented on the results of a 2020 survey of child psychiatrists in England. More than half (57%) of them serve children and young people distressed by the climate crisis and the state of the environment.

“What worries them is the uncertainty about the future, since there is increasing awareness of the magnitude of the catastrophic change that may occur and the urgency of the need to act on a global scale,” emphasizes SINC Rao.

Furthermore, what is most frustrating for these young people is “that governments and adults – especially those with influence and power – do not seem to share this concern about climate change and the urgency of the need to act. Therefore, they feel betrayed and abandoned ”, adds the expert. 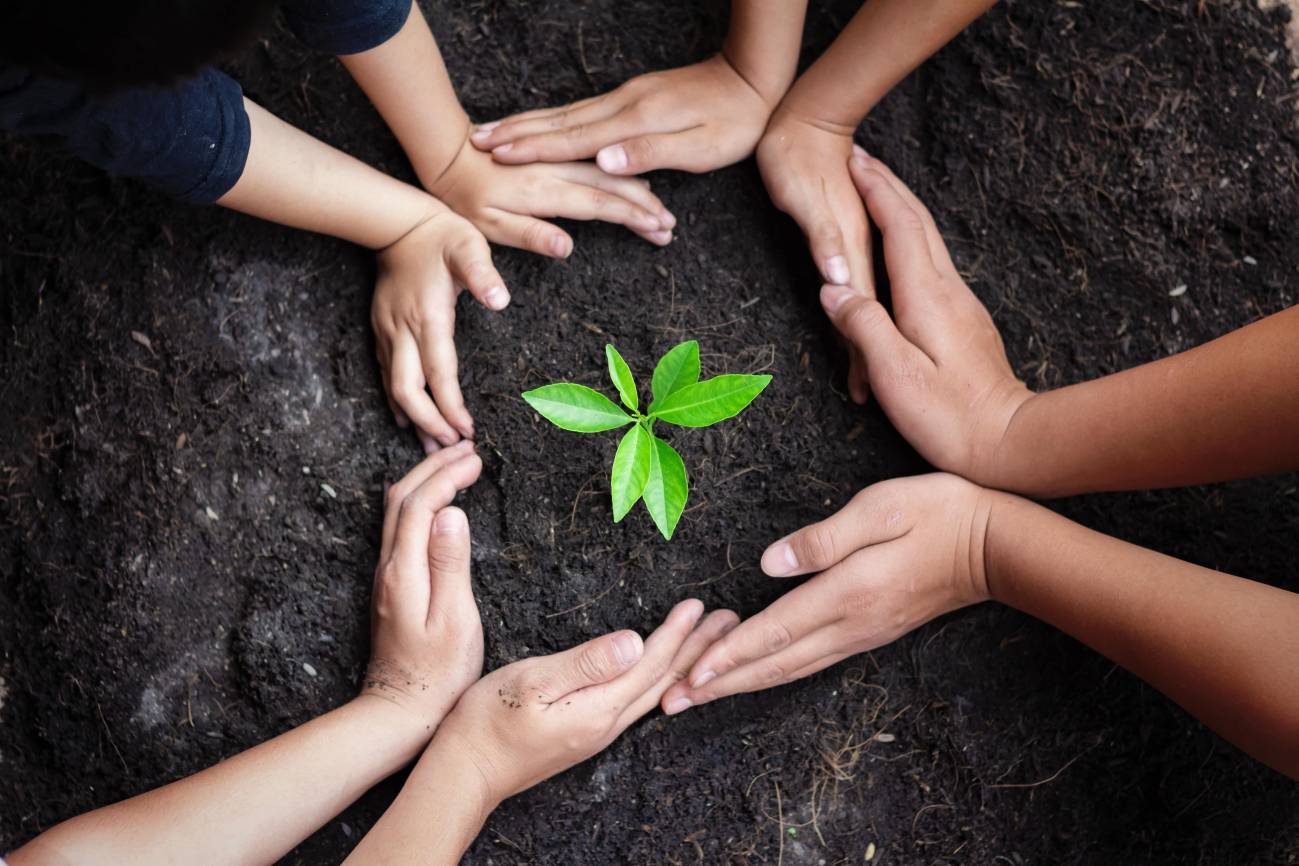 Being part of a volunteer group, where actions beneficial to the environment are carried out, can have the potential to improve the well-being of the person and reduce their eco-anxiety. / Adobe Stock

But, despite the spirits, is there room for hope? At the political level, the Glasgow Pact reached at the last Climate Summit ( COP26 ) has been described by experts as insufficient given the emergency to which we are facing, although concrete actions have been put in place to significantly reduce the use of coal and end fossil fuel subsidies.

According to María Ojala, the best strategy to face climate change is to have hope and broaden our perspective: “We have to be able to see the positive aspects , such as that more and more people are aware of the climate crisis or that, throughout history, difficult social problems have been solved ”, explains the psychologist.

“Activist groups such as Extinction Rebellion believe that the anger generated by the inaction of the leaders will lead to transformative movements. I trust more in to inspire , motivate and offer hope. A hope that requires demanding changes and implementing them in our day to day, yes. ”, Details to SINC Irene Baños , journalist specialized in environmental issues and author of the book Ecoansias .

Furthermore, it is essential that eco-anxious people talk about their environmental concerns and engage with people who share those concerns. Being part of a volunteer group, where actions beneficial to the environment are carried out, can have the potential to improve the well-being of the person and reduce their eco-anxiety.

“Working with other people of a similar age and who share a common interest has the advantage of beginning to develop emotional resilience as a group , and of believing that they have a voice and that they are part of the solution, ”says Rao.

Baños agrees: “It is important to join groups of any kind that make us feel that we are not alone in the face of such a challenge, that inspire us and give us hope.”

“And, of course, shake off the guilt; whatever we do, let’s not let the obsession with perfection overwhelm us or we run the risk of falling into paralysis ”, the journalist concludes.