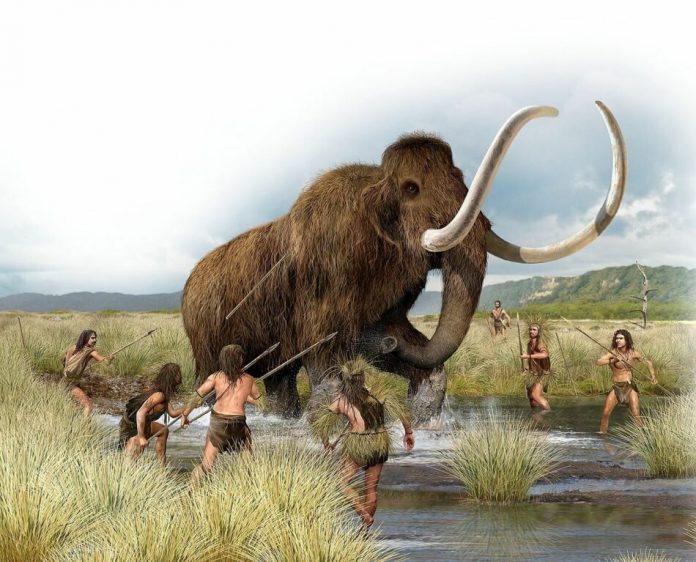 New data indicate that early humans have always hunted the largest animals available to extinction over the past 1.5 million years.

According to a UN report , human activity in the past two centuries has pushed more than a million species to extinction in recent decades, but humans are responsible for the sixth great mass extinction since long before, according to a new Telaviv University study on hunting practices of early humans 1.5 million years ago.

The study shows that humans always hunted the largest animals available until they became scarce or extinct, and then they went on to hunt the next largest within reach. When only small animals were left in their environment, then humans began to domesticate animals and develop agriculture.

The researchers’ hypothesis is that technological advances throughout human evolution were due to the need to hunt ever smaller and faster animals. According to the authors, “Since the arrival of mankind, humans have always devastated their natural environment, but they have also found solutions to the problems they created. However, the damage to the environment was often irreversible. ‘

HUNT TO EXTINCTION, BIGGEST TO SMALLEST

The researchers claim that, at any given time, early humans preferred to hunt the largest animals available in their environment, which provided the largest amounts of food in exchange for a unit of effort. Unprecedented in scope and duration, the study presents a comprehensive analysis of data on animal bones discovered at dozens of prehistoric sites in and around Israel.

The findings indicate a continuous decline in the size of animals hunted by man as the main source of food: from giant elephants of 1-1.5 million years ago to gazelles of 10,000 years ago. According to the researchers, these discoveries provide an illuminating picture of the interaction between humans and the animals around them over the past 1.5 million years.

Study director Jacob Dembitzer considers the southern Levant (Israel, Palestine, southwestern Syria, Jordan and Lebanon) to be an ‘archaeological laboratory’ due to the density of prehistoric finds. Evidence of the presence of humans is concentrated in a relatively small area, starting with Homo erectus , which arrived 1.5 million years ago, through Neanderthals , who lived here from an unknown time until they disappeared about 45,000 years ago. , to modern humans, who came from Africa in various waves, beginning about 180,000 years ago.

The results of the study indicate that a third of the bones left by Homo erectus in sites dated approximately one million years ago, belonged to elephants that weighed up to 13 tons (more than twice the weight of the modern African elephant) and provided humans 90% of their food. The average weight of all animals hunted by humans at that time was 3 tons, and elephant bones were found in almost all sites 500,000 years ago.

However, as of around 400,000 years ago, the humans living in this region appear to have hunted primarily deer, along with some larger animals that weighed almost a ton, such as wild cattle and horses. Finally, in the sites inhabited by modern humans, from about 50,000 to 10,000 years ago, approximately 70% of the bones belong to gazelles, an animal that weighs no more than 20-30 kg. Other remains found in these latter sites come mostly from fallow deer (around 20%), as well as smaller animals, such as hares and tortoises.