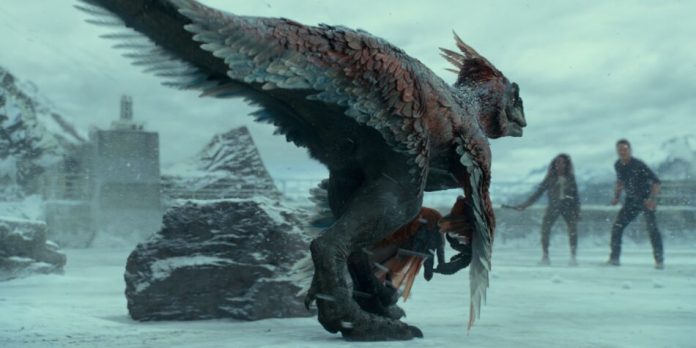 The latest installment of Jurassic Park, Jurassic World Dominion, brings dinosaurs back into fashion, and the paleontologist José Luis Sanz and the popularizer Luis Barrera clarify some fascinating aspects of these extinct animals

José Luis Sanz García is one of the most renowned paleontologists in our country, and is specialized in the study of dinosaurs. He is the author and co-author of the studies that reveal up to eight new genera of dinosaurs. Luis Barrera is a science communicator at the Museum of Natural Sciences in Madrid, the first museum in the country to have a dinosaur skeleton. We talk to them about these fascinating animals.

Que: Why is there this cultural fascination with dinosaurs and how do you think it came about?

Luis Barrera : I was fascinated by dinosaurs since I was a child. Some are animals of enormous size and with very varied forms of life. That arouses the curiosity of the human being. When children come to the museum, they always ask about the elephant, the whale, the rhinoceros, large animals that catch their attention. But dinosaurs have something more mysterious.

José Luis Sanz : From my point of view, there are two reasons. As Luis says, size matters in this case. If we analyze the mythologies, the legends of ancient human cultures, in practically all of them there has always been a character that is enormous: the giants, the Cyclops, or the dragons, who have transmitted that extraordinary power to humans that caused us a certain concern, but at the same time a certain attraction. 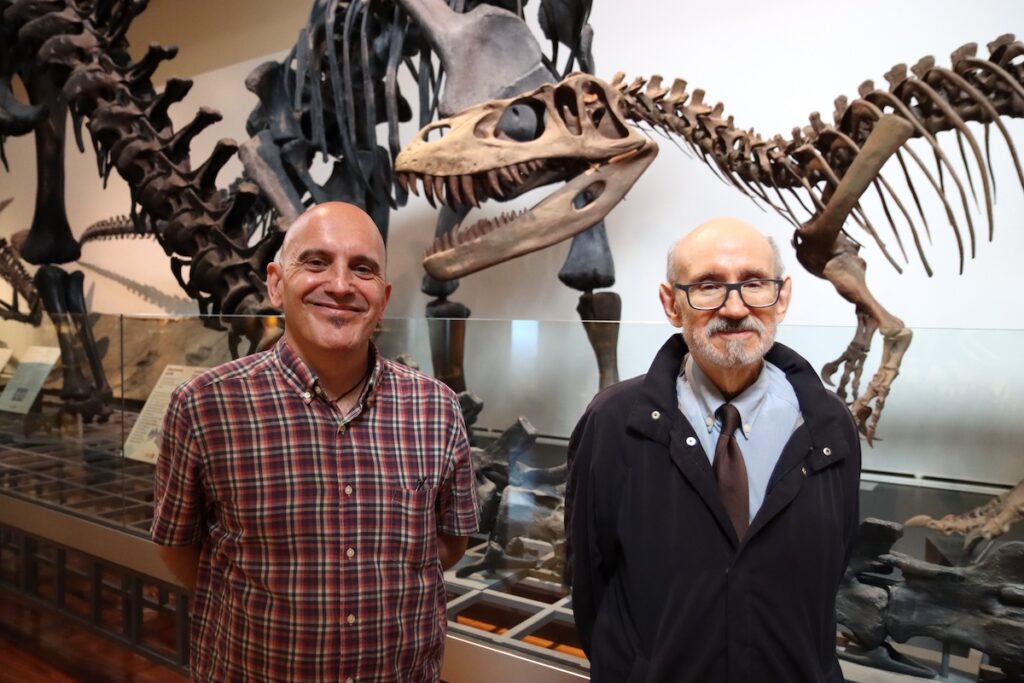 Que: Dragons are present in many cultures, from Asia to America, that had no contact with each other.

JLS : That’s it. The dragon is a universal myth. From a paleontological point of view we would say that the dragon is polyphyletic. That means that it has independent origins in different cultures. You have dragons in America, you have dragons in Asia, and you have the classical dragon of the Judeo-Christian tradition and the Draconian traditions.

One might think that someone has found some dinosaur bone a thousand years ago and says ‘and this is a dragon’. But that seems to be not true. The mythology of European dragons comes from Quaternary mammals, especially cave bears. People would walk in and see a skull that was from a bicharraco much bigger than any current bear, and they thought it had to be a dragon. When we see a dinosaur there is probably something atavistic because of that ancient and ancient tradition that we have of dragons and giants.

Que: An internet meme wondered how many movies it takes before they realize that cloning dinosaurs is not a good idea.

JLS: We are talking about what is usually called extinction, and I think it is crazy. In dinosaurs it would be impossible because we don’t keep enough dinosaur DNA. Maybe with genetic engineering we could do something, but it seems really difficult. A fair amount of mitochondrial DNA from mammoths has been obtained, but from then on you can’t clone a mammoth at the moment. For example, the idea of ​​the park in Siberia, which was supposed to be repopulated with herds of mammoths, is crazy. Siberia is not even what it was at the time of the last mammoths, which became extinct when the great pyramids of Egypt were built some 4,000 years ago. The Siberian steppe has changed and the mammoths would die. What we have to do is spend all these efforts to keep their relatives alive,

LB : Even in species that have become extinct very recently it is very complicated. Cloning was attempted with the bucardo and it became extinct twice, because the cloned specimen was born and lived only a few minutes.

Que: The dinosaurs became extinct due to a meteorite impact 66 million years ago, and it seems that the extinction was sudden.

LB : In just two years, and many other species became extinct. There is evidence of invertebrates; for example, in Antarctica there are huge layers of kilometers deep filled with ammonites that died at the time the meteorite fell. It was sudden death and for the dinosaurs it probably was too. The profile that we find ourselves in a post-impact earth is absolutely chilling. It is something that you cannot even imagine no matter how much they describe it to you.

Many species died at the time the meteorite fell; it was a sudden death

We know, for example, that none of the terrestrial vertebrates larger than ten or 15 kilos survived. But there are things as strange as, for example, the first birds that were the ancestors of today’s birds, the enantiornithines, survived, while other more primitive ones became extinct. It’s one of the hardest things to explain, selective extinction.

JLS : Nobody could imagine in evolutionary paleontology or in biology in general, before it was confirmed that the meteorite thing is true, that things that happen outside our planet can also be decisive for life. Our vision of our security on Earth changes radically. The good news is that astronomers say that planet-killing asteroids, the big ones, only happen every few million years.

JLS : But people take it seriously, because NASA and even the ESA have programs to deflect meteorites through an impact with enough kinetic energy at a distance that is still very far away, to produce a minimum deflection that increases with the trajectory and avoid , in the end, that the asteroid collides with the Earth.

Que: If the impact had not occurred, life on Earth would have been radically different. What species would have come to dominate the planet?

JLS : Without wanting to bring the ember to my sardine, I think that the dinosaurs had many possibilities. Keep in mind that modern birds, especially birds like corvids, have extraordinary intelligence. They have incredible dialogues, they learn at an enormous speed. Forms of dinosaurs closely related to birds already had very large brains. What the movie tells us that they were very smart is because they probably were. Is there then a possibility that the dinosaurs would have given rise to a self-aware intelligent race? Ravens are self-aware. And the magpies. It has been proven by experiments.

The dinosaurs were already bipedal, which is quite a necessary condition to develop a culture because hands are needed. I believe that the dinosaurs had all the conditions to have been the new lords of the planet.

Que: It doesn’t seem like there was much room for mammals in that world.

LB : If that meteorite hadn’t fallen, with dinosaurs evolving with feathers, with larger brains, I think mammals would have been relegated to ecosystems where they would be smaller animals, probably subterranean. The hunting pressure of the large carnivorous theropods must have been brutal.

JLS : Luis is right. It has always been said that at that time mammals were bugs of little importance, but mammals were well present in ecosystems. What happens is that they were not the dominant group. They would be exposed to high predation pressure, the same as the rest of all animal ecosystems. The apex predators, the last stretch, would be relentless. Their young would eat the small animals, and large individuals of the same species, the larger animals.

Que: We wouldn’t have had a chance.