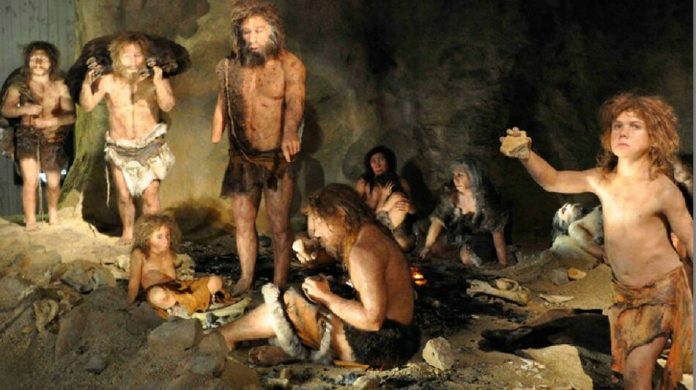 Atapuerca researchers settle one of the most disturbing controversies about Neanderthals. They just proved that they spoke like us.

Neanderthals were a species with a brain as big as ours, they cared for their sick, buried their dead, adorned themselves and mastered the use of fire. One day they became extinct, leaving remnants of their presence in our genetic privacy.

We live with them, we mix with them. In fact, in recent times of the pandemic, there is even research that suggests that genes inherited from Neanderthals have a protective effect against the coronavirus in our species.

The extinction of the Neanderthals, why they disappeared forever leaving us alone, even today generates the grief of having lost a sister species, and the question of whether we had anything to do with it.

THE IMPORTANCE OF SPEAKING

The discussion about whether or not Neanderthals spoke has pitted groups of researchers in the field of Prehistory for at least five years. “One of the great problems in the study of the evolutionary history of human beings was to establish if there was any other human species, different from ours, that also had language.

Specifically, the possibility that Neanderthals also spoke has been one of the most intense and transcendent controversies ”, asserts Juan Luis Arsuaga , director of the Museum of Human Evolution and co-director of the excavations and research in Atapuerca.

For decades data from Paleoanthropology (the study of human fossils) seemed to rule out that Neanderthals could speak. However, in the last two decades, new data from the field of Archeology (the study of material culture and human activities of the past) have been questioning this idea.

The first proof that they could talk had to do with the finding of a variant of the FOXP2 gene in Neanderthals, which is characteristic of Homo sapiens  and which is related to linguistic abilities.

“This fact opened the door for many specialists to argue that Neanderthals were able to speak. But the paleontological proof was lacking, which we have happily been able to achieve. In fact, Neanderthals were a species with a brain as big as ours, they cared for their sick, buried their dead, adorned themselves and dominated the use of fire “, says Prof. Mercedes Conde Valverde, ultimately responsible for this revolution in the field of prehistory.

This discovery, in which Juan Luis Arsuaga, scientific director of the MEH has participated, has just been published in the journal ‘Nature Ecology & Evolution’ and in it the hearing in Neanderthals is reconstructed for the first time and therefore they manage to find the proof that they spoke.

The research has been carried out with fossil remains of pre-Neanderthals that occupied the Sima de los Huesos, in Atapuerca, half a million years ago (Middle Pleistocene).

At least 29 individuals have remained in the Sima de los Husos for 430,000 years, and they did not arrive by their own feet, but rather someone threw their corpses down the vertical chimney that gives access to this extraordinary underground chamber. Among those remains is Benjamina, a girl who was born with a congenital disease that required the community to take care of her.

For decades the meaning of this behavior has been discussed, if it is a symbolic funerary behavior, with a rite, something that would indicate that abstract thought would have already made its appearance half a million years ago. The evidence that suggests that this was a symbolic burial has to do with the discovery of a beautiful biface, Excalibur associated with the fossil remains. Did someone leave him with the dead with an intention?

If this were the case, the Sima de los Huesos would represent the first irrefutable evidence of the culture of death.

With the fossil remains of 9 individuals from the Sima de los Huesos, they have just shown that they could speak.

They have carried out a study on three-dimensional models of the outer and middle ear cavities made from hundreds of high-resolution computed tomography images of five Neanderthal specimens and nine other individuals from the Sima de los Huesos site, in the Sierra of Atapuerca.

“The Atapuerca fossils are dated around 450,000 years ago and correspond to an ancestor population of Neanderthals. With these data, it has been possible to establish in the fossils certain auditory capacities that are directly related to the presence of language ”, highlights Ignacio Martínez, Prof. of the UAH and director of the Chair of Evolutionary Otoacoustics and Paleoanthropology.

This discovery, made by the team of Spanish researchers from the Chair of Evolutionary Otoacoustic and Paleoanthropology at HM Hospitales and the University of Alcalá (UAH), led by Professor Mercedes Conde Valverde, and in which Juan Luis Arsuaga, Scientific Director, has participated of the Museum of Human Evolution, has just been published in the prestigious specialized magazine ‘Nature Ecology & Evolution’ and in it the hearing in Neanderthals and the proof that they spoke is reconstructed for the first time.