Sexual selection, under review: ‘To understand desires, you have to watch Almodovar’s films, in addition to reading Darwin’

The origin of man and selection in relation to sex is one of the most important books in the history of science. Published in 1871, the text lowered the human being from his almost divine pedestal to put him at the level of the rest of the living beings on the planet. The only problem: like all books, it was written by a person with biases, ideas, opinions and prejudices. The author: Charles Robert Darwin .

A review article published in the journal Science analyzes how the Victorian society in which the British naturalist lived, as well as his prejudices against women, affected his vision of sexual selection . Its authors review what they have learned since Darwin about how mate choice occurs and how it modulates the evolution of species.

“Darwin’s biggest mistakes stem from the fact that he underestimated women,” Gil Rosenthal , a researcher at the University of Padua (Italy) and co-author of the article, explains to SINC. “He realized that the choice of mate was the mechanism by which the ornaments that so caught his attention evolved, but he did not see women or female animals as beings capable of exercising sophisticated strategies of comparison, choice and manipulation.

The context in which Darwin lived also affected his way of seeing and describing sexual selection. That is why he resorted to euphemisms such as “the taste for the beautiful” and “the final marriage ceremony”. Evolution goes far beyond the plumage of peacocks, but his fascination with birds made him ignore other aspects of the animal world such as oral sex in bats and homosexual behavior in bonobos.

His Victorian modesty did not allow him to contemplate female desire, much less the clitoris

“His Victorian modesty did not allow him to contemplate female desire, much less the clitoris,” says Rosenthal. Even so, the authors clarify that the scientist also had no alternative in 19th century England and recall that The Origin of Man was “the best thing that could have been done” to defend the abolition of slavery, which Darwin hated. 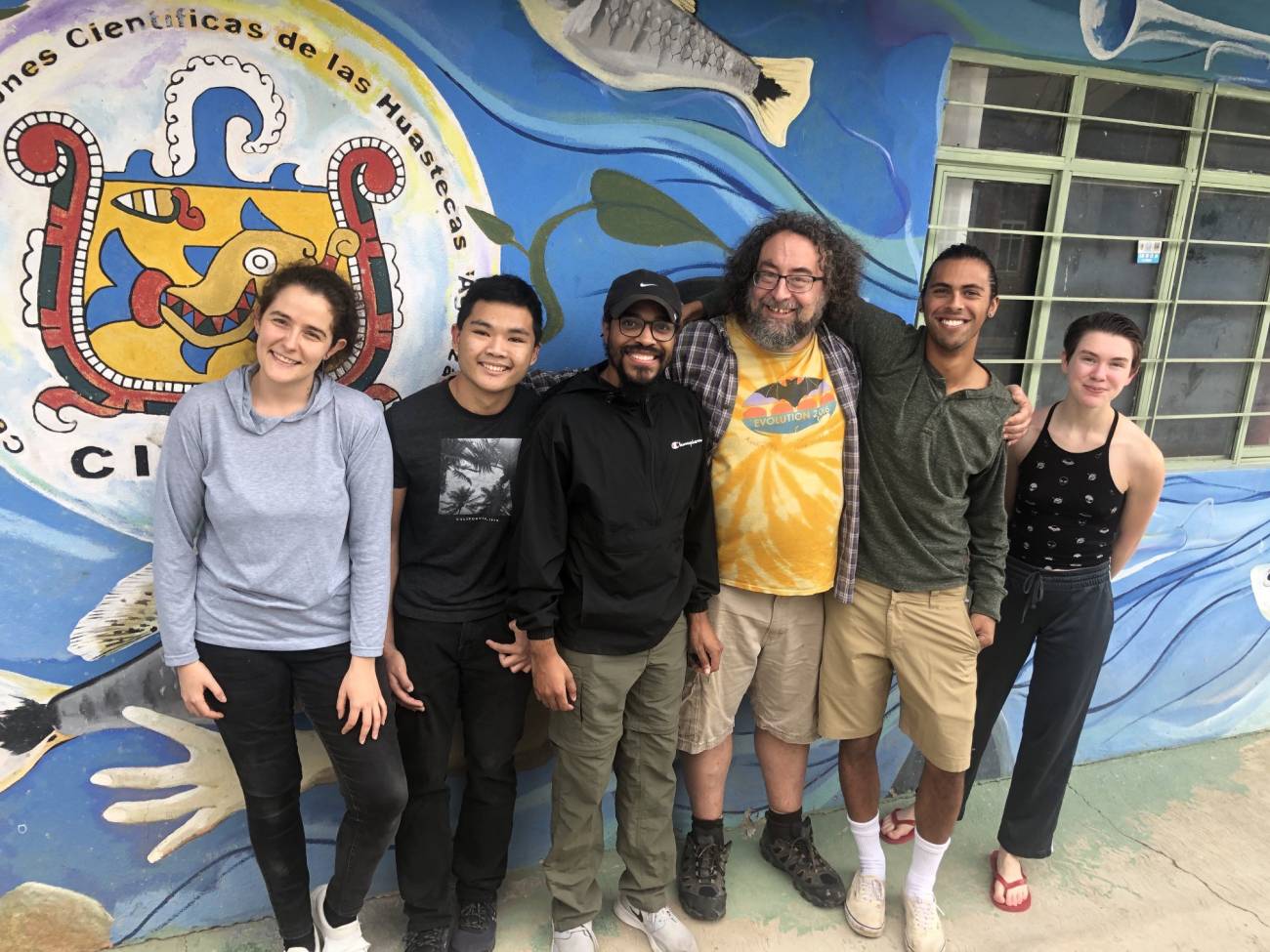 Gil Rosenthal, in a yellow shirt, with some members of his research team in a photo posted on Twitter.

The researcher at Princeton University (USA) Agustín Fuentes , who did not participate in the Science article, clarifies that “Darwin could not see more beyond his own prejudices when examining human beings.” He defends that he was “a brilliant scientist”, but that “misogyny and racism are systemic processes, not just individual ideologies”, so “he was entangled in systems of bias” that affected his vision of human evolution.

Darwin could not see beyond his own prejudices when he examined human beings. He was a brilliant scientist, but misogyny and racism are systemic processes, not just individual ideologies

“When it wasn’t about sex, Darwin had a clear vision,” says Rosenthal. “The sketch of the evolutionary theory that was based on many empirical observations and with an elegant logic is maintained until today. Even sexual selection.

Errors that persist to this day

“The most persistent misconception is that the choice of partner is a eugenic process in which the female chooses the most colorful male or the one who sings or smells better because those ornaments predict that she will have healthy and strong offspring” explains Rosenthal. “Those conspicuous traits may evolve because they attract attention and for no other reason, or because they bring benefits to the male at the expense of the female.”

For Fuentes, one of the biggest errors that persist today about sexual selection in humans is that “males fight for females and females choose the best, strongest or with the best genes ”.

That is why he criticizes the thought “based on assumptions of costs and benefits” that arises from a central reproductive unit composed of a nuclear family with two adults and their offspring. This, he adds, “is not the basal form of residence, social organization or childcare in humans, neither evolutionarily nor now.” Psychologist Cordelia Fine also dismantles this simplistic view of what she calls the “imaginary accounts of the alpha male” in her book Testosterone Rex.

The review does not forget to summarize what has been learned since Darwin. Fuentes believes that sexual selection “is complicated and complex” for most animals and “doubly complicated” for humans. How and why individuals make sexual decisions goes beyond feathers and dances to non-reproductive behaviors that fit poorly into the traditional Victorian roles Darwin focused on.

“We have learned that females have a brain, and that courtships, feathers and conspicuous displays are only the beginning of a long series of interactive decisions that take place before, during and after that final marriage ceremony that Darwin said,” says Rosenthal.

“Also that the most attractive is not necessarily the best and that the best for you is not the best for me,” he continues. In addition, it highlights that in both animals and humans “the choice is not made in a vacuum, but in a sociocultural context that shapes preferences and determines how they are expressed.”

The article in Science highlights the importance of fields such as neuroscience, genomics and physiology when studying the choice of sexual partners. Fuentes, however, believes that he forgets other areas of knowledge.

In both animals and humans, sexual choice is not made in a vacuum, but in a sociocultural context that shapes preferences and determines how they are expressed

“The authors do a good job of showing [that sexual selection is complicated] in other animals, but they don’t show why the simplistic assumptions are so wrong for humans,” he says. He considers it important to point out that anthropology and the social sciences have made it possible to take “great steps” in understanding human sexuality and behavior.

What the text does highlight is that the field of evolutionary biology focused on studying sexual selection is no longer a “club of Victorian patriarchs”, referring to the increased presence of women and members of the LGTBI collective since the 1970s and the new perspectives they offered.

“Feminism and the evolution of sexual mores have alleviated the misogyny and prudishness that clouded Darwin’s thinking about the taste for beauty,” the authors write. “However,” they warn, “we are seduced by beautiful males, rather than by the biological mechanisms that made them beautiful.”

Rosenthal believes that it is important to understand that “mate choice is extremely important as an agent of sexual selection, but sexual selection is not as important for mate choice.” In other words, that “sexual desires and reproductive strategies are expressed in prolific variety in both flies and humans.” And he concludes: “To understand them, you have to watch Almodovar’s films, as well as read Darwin.”