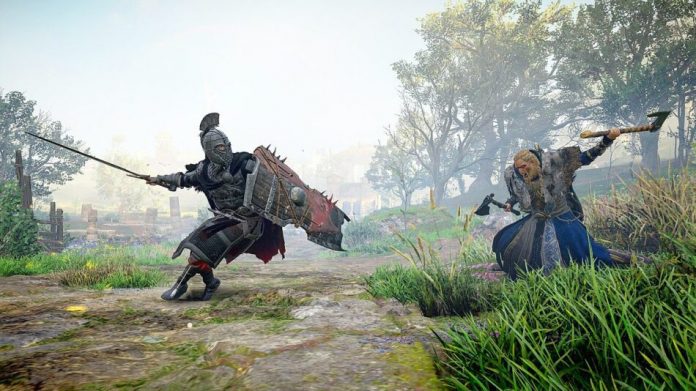 Could the “blood eagle” rituals of the Vikings really have happened? This report is the conclusion of a scientific investigation

The Vikings are famous for their fast ships and bloody raids, and have long been identified with inordinate and brutal violence as well. Between the 8th and 11th centuries, Vikings came to all of Europe from their Scandinavian homes to enrich themselves through trade and raiding.

Especially infamous is the grotesque ritual known as the “bloody eagle,” which Viking warriors are said to perform against their most hated enemies. In this ritual, the victim’s back was supposedly slashed open and her ribs pulled from the spine, allowing her lungs to be removed. These were then spread over their carcass-split ribs, and the final undulating movement apparently resembled the flapping of a bird’s wings (hence the name eagle ).

This ritual is depicted in the Vikings series , in the video game Assassins Creed: Valhalla, and in Midsomma , a 2019 Swedish horror film.

For decades the bloody eagle has been considered a mere legend . No archaeological evidence of him has been found, and the Vikings themselves, who gave an account of his achievements only through pieces of oral poetry and sagas (which were not put in writing until many centuries after its composition) do not mention it. . Thus, it is believed that it is highly unlikely that this ritual actually took place; it would have been the result of both the multiple misunderstandings generated by the complex Viking lyric and the determination of Christian historians to portray the Nordic aggressors as pagan barbarians.

However, the study that we have recently published brings a completely new approach to the subject. Our team, made up of medical scientists and a historian, replaced the traditional question (“Did the blood eagle rituals really happen?”) With a new one: “Could they really have happened?” And our answer is a resounding yes.

Previous academic research had been limited to focusing on the details found in medieval texts on torture, leading to extensive debates about the exact terms used to describe the “cutting” and “piercing” processes that took place on the back. of the victim during the blood eagle ritual. The majority position is that the whole phenomenon is the result of a misunderstanding when interpreting complex poems, and not something that could have actually happened.

We have investigated the effects that the bloody eagle might have had on the human body, using both modern anatomical and physiological knowledge as well as extremely detailed re-readings of nine medieval documents on ritual. What we have found is that, with the technology of the time, doing this would have been difficult, but by no means impossible.

However, we also discovered that even if the ritual had been carried out with great care, it is likely that the victim would have died quickly. In this way, actions such as turning the ribs into wings or extracting the lungs would have been carried out on a corpse. The last “flapping” therefore could not have taken place. But while all of this makes the bloody eagle unlikely from our modern perspective, we have also succeeded in showing that while performing rituals on corpses was unusual, it was not entirely unheard of among the warrior elites of the Viking Age.

Our research, framed in historical and archaeological data, has shown that the blood eagle ritual fits with what we know of the behavior of these elites. They had no scruples when it came to using human and animal corpses in special rituals, and even during spectacular executions. Our study focused specifically on the so-called “outrageous burials” ( deviant burials ), such as that suffered by a richly dressed woman belonging to the nobility, who was beheaded in the 10th century and whose skeleton was found in the ancient Viking site. by Birka. This woman was buried with the remains of her head inserted between her arm and torso, while the remains of her jaw (probably shattered during beheading) were replaced by the jaw of a pig. And it is that the members of these warrior elites were obsessed with their reputation, and were willing to break any limit to safeguard it.

It is probable that the bloody eagle was an even more extreme example of this type of behavior, which was nevertheless carried out in an exceptional way; only in cases of prisoners of war who had subjected the father of the performer of the ritual (or one of his male relatives) to a humiliating death. In medieval sagas, other methods are mentioned to carry out these ” trigger killings” , such as being thrown into a pit of snakes, being burned alive in a communal house without giving the option of a fair fight or even ripping out the intestines from the victim and nailing them to a post. In the sagas, the bloody eagle is described as a way in which the relatives of the victim could restore their outraged honor.

Against the established academic position, our hypothesis is that the blood eagle rituals could have perfectly taken place during the Viking Age. It was not only technically feasible, but also compatible with broader social practices regarding executions and the treatment of certain bodies. And, on the other hand, all this reflected the cultural obsession with honor and prestige that affected Viking society. And what’s more, this spectacular brutality would have guaranteed that everyone who had heard of it would have told it with enthusiasm and with all the luxury of lurid detail… Just as we continue to tell it today.

This article was originally published on The Conversation . Read the original.