THE FASTEST DINOSAURS ON THE PLANET 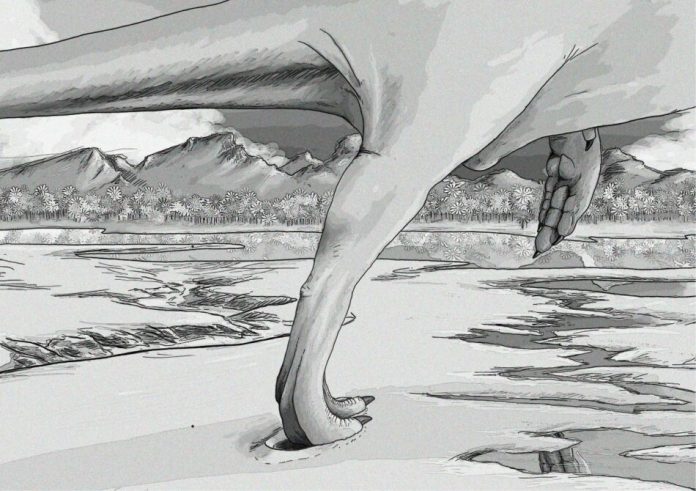 Faster than the Velociraptor and relatives, too, of the Tyrannosaurus rex. The fastest dinosaurs on the planet were carnivorous theropods, weighing a tiger, and running at 45 km per hour

The first vision that was given of the dinosaurs was very different from the one that prevails today in the world of paleontology. The sculptor Benjamin Waterhouse Hawkins, under the scientific supervision of Sir Richard Owen , famous paleontologist and director of the Natural History Museum in London, shaped dinosaurs for the first time in history at Crystal Palace in London in 1854.

The animals Owen showed were heavy and slow, even somewhat clumsy. But that view has changed enormously thanks to discoveries such as the complete Deinonychus skeleton and the study of fossil remains such as dinosaur footprints. Thanks to these findings, it has been possible to show that dinosaurs were animals perfectly adapted to their environment and more similar to birds, of which they are their ancestors, than to those heavy reptiles that Waterhouse recreated at the end of the 19th century.

The dinosaurs that have attracted the most attention and fascination of the public have been theropod dinosaurs. Some of the most famous species belong to this group, such as Velociraptor and Tyrannosaurus rex . It is to this group that all current birds also belong, which derive from a small group of feathered theropods that survived the extinction that occurred at the end of the Cretaceous, 66 million years ago.

They were generally bipedal animals (they walked on two legs), with long tails and relatively large heads, which harbored powerful jaws and sharp teeth.

In this group, the size could vary greatly from one species to another. From tiny animals like Parvicursor remotus , weighing just 150 grams, to giants like Spinosaurus aegyptiacus or Tyrannosaurus rex that could reach 8 tons in weight.

Among them, paleontological studies suggest that probably the fastest, the best runners, would be found in the range between 100 and 1000 Kg. In this weight range would be found animals that had to be fast both to hunt their prey and to flee from predators larger than themselves.

The tracks that have been studied in La Rioja point to a theropod that would be found precisely in this size range, and that could have reached 300 kg.

Although it is difficult to determine the exact species or group of animal that produced them from the tracks, thanks to the fossil record we can propose candidates.

There are two groups of theropods that could have left their footprints in this area and at this time: a Carcharodontosaurid or a Spinosaurid. Both groups of theropod dinosaurs were found in the Iberian Peninsula in the Lower Cretaceous, as shown by some species discovered in Spain such as Concavenator corcovatus (carcharodontosaurid) or Vallibonavenatrix cani (spinosaurid).

BY THEIR FOOTPRINTS WE KNOW HOW MUCH THEY RAN

During the 70s of the last century, the British zoologist Robert McNeil Alexander developed a method to calculate the speed of dinosaurs from their tracks, based on the length of stride and the height of the limb. For his work he uses observations made on moving mammals and experiments with his children running along the beach.

McNeil Alexander developed a mathematical formula that he published in Nature , in which he related these factors and made it possible to estimate the speed at which the animal runs from the tracks left by its footprint. It follows from this formula that the longer the stride length, the greater the speed at which the animal that left the tracks runs. Over the years there have been numerous studies that have refined the formula, but its essence remains.

Despite the large number of dinosaur tracks and tracks that have been found throughout the world, the truth is that the speeds that can be extracted from them are not usually high. Most dinosaurs walked, they didn’t run. As today, these animals conserved the available energy by running only at specific times. But in unique sites in the world, tracks have been found that show that some dinosaurs could run at great speeds.

THE BRONZE MEDAL OF THE RUNNING DINOSAURS

Two of these deposits are in La Rioja (Spain). A team of paleontologists from various universities, led by University of La Rioja researcher Pablo Navarro (co-author of this article) has calculated the speed at which these dinosaurs ran according to their tracks. The study was recently published in the journal Scientific Reports .

The two traces that appear in the deposits of La Torre 6A and La Torre 6B, which date from the Lower Cretaceous (between 145 and 100 million years ago), have allowed us to calculate that those dinosaurs could run at 45 km / h. Only two other trails in Utah (USA) exceed this speed, making La Rioja the bronze medalists of the dinosaurs on Earth.

The prints left by these dinosaurs show three toes ending in claws, with lengths of around 30 cm. With this dimension of footprint, the enormous distances of passage that have been measured in these deposits are striking. Some reach 2.87 meters of distance between tracks.

The traces of the La Torre deposits not only show high speeds. In one of the cases it is observed that the animal was able to maneuver and change direction at high speed, showing considerable agility. This agility and the ability to run so fast surely made them formidable predators, allowing them to hunt down prey that were not lagging behind in terms of speed and agility, as is the case today.

The dinosaurs that produced these tracks were 1.1 to 1.4 meters high at the hips, were about 4-5 meters long, and were theropods (carnivorous dinosaurs that walked on two legs).

The environment that existed in La Rioja during the Lower Cretaceous period was that of a flat and lake area, which probably suffered changes in the level of its waters. During one of these variations it was when the sediments were exposed and these dinosaurs ran over them, leaving their imprints and allowing us today to learn a little more about them.

Due to the scarcity of running dinosaur tracks, figuring out at what speeds they could run and how they moved has been addressed from other points of view as well. Thanks to some very complete dinosaur remains, it has been possible to carry out biomechanical studies that allow estimating the speeds they reached, and which we have confirmed with the discoveries made in La Rioja.

It is likely that we will never get to know exactly what the capacities of these extinct animals were when it comes to moving, feeding and interacting with other individuals and with their environment. But the new discoveries that are made each year allow us to know a little better what these amazing creatures that have fascinated us for centuries really were.