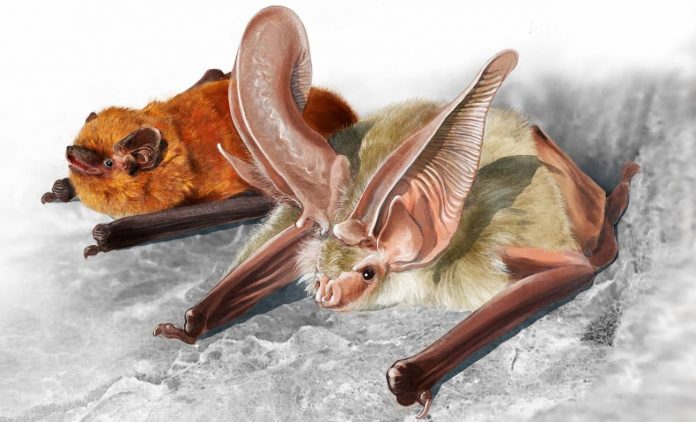 There are currently seven species of bats in the Canary Islands , two of them only belonging to this archipelago. One of them is the long- eared canary ( Plecotus teneriffae ), a small bat that only lives on Tenerife, El Hierro and La Palma.

Restricted to these territories, where it takes refuge in volcanic tubes , the species is currently in danger of extinction , according to the Red List of Threatened Species of the International Union for Conservation of Nature (IUCN, for its acronym in English). ).

The same fate runs the Madeira bat  ( Pipistrellus maderensis ), which shares endemism with Madeira, Azores and some of the Canary Islands (La Palma, La Gomera, El Hierro and Tenerife), threatened by pesticides and the disturbance of their shelters in the Canary Islands palm trees , among others.

But is it possible to improve the situation of these small canary mammals? A team of scientists, led by the University of La Laguna (ULL) in Tenerife, proposes a new line of research through the study of the first fossils of these two species found in the archipelago.

“The fossil record of bats is scarce in general and on islands in particular it is even smaller, so this discovery provides information on the past distribution of these animals and provides information to help their conservation in conditions of oceanic and volcanic islands” , tells SINC Javier González-Dionis , CONICET-IIPG-UNRN doctoral fellow, collaborator of the ULL Paleontology Area and first author of the work.

Although the Canaries are oceanic islands with an environment of historical active volcanism and the preservation of the fossil remains could be complicated, the remains analyzed in this research presented an ” exceptional conservation “, emphasizes the researcher.

The find made it possible to analyze the fossils of small fragmented bones (humerus) and the dentition of the Canary eared and the Madeira bat, found in the Holocene site of Cueva Roja of about 4,000 years in El Hierro , with an age of 1.2 million. years.

“Here we determine the two endemic species of the Canary Islands. It is the first time that fossil materials have been described for both species ”, says the paleontologist. The team also reviewed the fossils of the light-edged bat ( Pipistrellus kuhlii ) that were found in the Cueva de los Verdes , on the island of Lanzarote (between 16 and 20 million years old), determined in an earlier work.

The analyzes of the dentitions have made it possible to discriminate and differentiate species of the same genus, such as the Madeira bat and the light-edged bat. In addition, scientists can compare these Canarian populations with those of North Africa , to understand and specify the origin of this species and its arrival in the archipelago.

“The study increases the knowledge of a group of flying animals that are of great benefit to humanity due to the resources and processes they provide to natural ecosystems,” concludes the researcher.