The third millennium before our era (ANE) is a very dynamic period in the prehistory of Europe and Western Asia, characterized by large-scale social and political changes.

In the Iberian Peninsula, the Copper Age was in full swing around 2500 BCE, with significant population growth, attested by a great diversity of settlements and fortifications, monumental burial structures, as well as macrovillages of more than 100 hectares. For reasons that are not yet clear, the second half of the millennium experienced depopulation andthe abandonment of the great settlements , fortifications and necropolis.

In the southeast of the Iberian Peninsula, around 2200 BCE, one of the most outstanding archaeological entities of the European Bronze Age emerged : the culture of “El Argar”, one of the first state-level societies on the European continent. This society is identified by its large central settlements on hills, differentiated ceramics, specialized weapons and bronze, silver and gold artifacts, along with an intramural funerary rite, with burials and habitats integrated into the same space.

A new study led by a research team from the Autonomous University of Barcelona (UAB) and the Max Planck Institutes for the Science of the History of Humanity (Jena) and Evolutionary Anthropology (Leipzig), and published in Science Advances, has explored the relationship between large-scale demographic changes and the major social and political changes of the third and second millennium ANE.

The research team analyzed the genomes of 136 Iberian individuals that lived between 3000 and 1500 BCE (96 from the Bronze Age of El Argar and other contemporary societies, 34 from the Copper Age and 6 from the Late Bronze Age).

Including published genomes from the Iberian Peninsula, the new study covers data from almost 300 prehistoric individuals and specifically focuses on the transition from the Copper to the Bronze Age, around 2200 BCE. 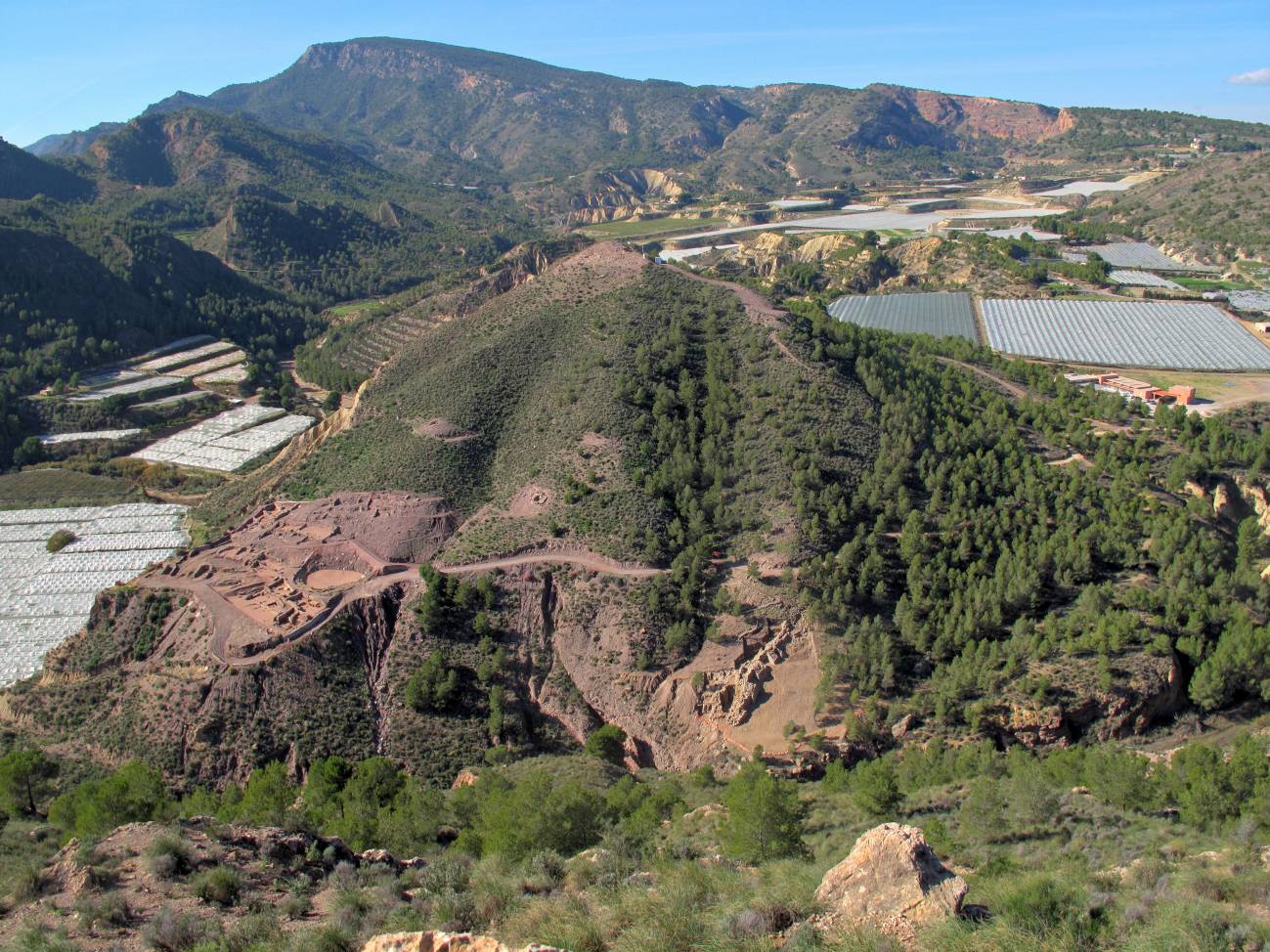 Fortified town of La Bastida (Totana, Murcia). It is one of the largest and best excavated settlements in El Argar (2200-1550 BCE). / © ASOME-UAB

“Although we knew that the so-called steppe ancestry, which had spread through Europe during the third millennium BCE, ended up reaching the north of the Iberian Peninsula around 2400 BCE, we were surprised to see that all prehistoric individuals from the  El Argar period carried a part of this ancestry, whereas in the individuals of the Age of the Copper it is absent “, affirms the investigator of the Max Planck Wolfgang Haak , main author and investigator of the study.

The genomic data reveal some of the processes underlying this genetic change. While the bulk of the genome shows that Bronze Age individuals are a mixture of local Copper Age ancestry and a minor part of incoming ancestry from the European continent, paternally inherited Y chromosome lineages show a complete change, linked to the movement of steppe descent that is also visible in other parts of Europe.

“The causes of this disappearance of the previous diversity of the Y chromosome are still very difficult to explain,” says Cristina Rihuete Herrada , co-lead author of the study and researcher at the UAB.

Substantial new data from the El Argar sites also show that these two components do not fully explain the genetic makeup of early Bronze Age societies.

“We also found signs of ancestry that we traced to the central and eastern Mediterranean and western Asia. We cannot say exactly if these influences came at the same time as the steppe ancestry , but they were part of the nascent El Argar societies, which evidence that there were continuous contacts with these regions “, adds Vanessa Villalba-Mouco, postdoctoral researcher at the Max Planck Institute and the Institute of Evolutionary Biology (IBE, CSIC-UPF) and co-lead author of the study.

The UAB researchers already pointed out possible Mediterranean connections when they discovered in 2013 the monumental fortification of the Argaric settlement of La Bastida, in Murcia

The UAB researchers already pointed out possible Mediterranean connections when they discovered in 2013 the monumental fortification of the Argaric settlement of La Bastida , in Murcia, to explain the originality of some architectural elements.

“The genetic study argues in favor of this hypothesis: the data show that this unpublished Mediterranean connection would have been maintained in a sustained way over time until the end of the El Argar period, around 1500 BC”, highlights Rafael Micó , researcher at the UAB and also co-lead author of the study. 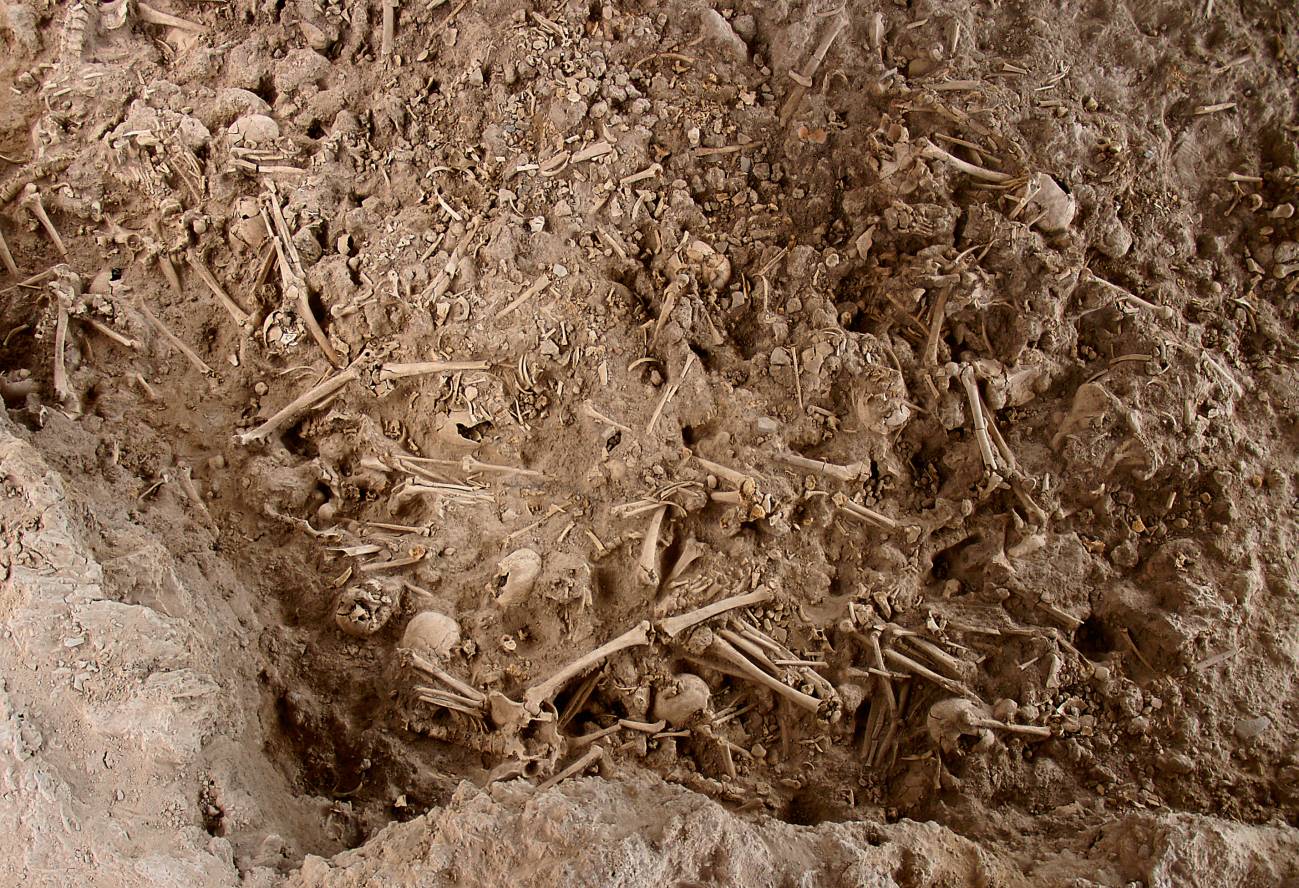 Collective burial from the Copper Age of Camino del Molino (Caravaca de la Cruz, Murcia), where some 1,300 individuals were buried between the years 2900-2300 BCE. The image shows the last burial layer, dated between 2500-2300 BCE, from which six individuals have been analyzed. / © University of Murcia. Photograph by Francisco Ramos

“Whether the genetic change was caused by migratory groups from the north and center of the Iberian peninsula or by the climatic deterioration that affected the eastern Mediterranean around the year 2200 BCE is the million dollar question,” says Roberto Risch , from the UAB, a co-investigator and main author. “It would be absurd to think that everything can be explained by a simple one-factor model. Although the timing is surprising, it is likely that many factors were involved.”

One of these factors could be pandemics, as an early form of plague , which has been evident in other regions of Europe at that time. Although it has not been found directly among the individuals analyzed in the south of the Iberian Peninsula, it could be a trigger for the population changes observed in the region, the researchers point out.

“In any case, we can now conclude that the population movement that began in the steppe areas of eastern Europe around 3000 BCE was not a single migratory event, but took more than four centuries to reach the Iberian Peninsula and another 200 years to appear in present-day Murcia and Alicante, “adds Risch.

The archaeological record of the El Argar group shows a clear break with the earlier traditions of the Copper Age. Burial rites, for example, went from being communal to individual and double within the villages. Elite burials also indicate the formation of strong social hierarchies.

By testing for biological kinship , the study revealed that males are, on average, more closely related to other people in the settlement, indicating that the group was probably patrilineally structured. This social organization could explain the marked reduction in the diversity of the Y lineage, they point out in the study.

“We observe similar patterns of social organization and increasing stratification in other parts of Early Bronze Age Europe as well, in fact broadly around the same time and with similar characteristics of early state-type formations. This suggests a structured restart or a recovery after some kind of crisis or unstable and very dynamic times, “summarizes Haak.