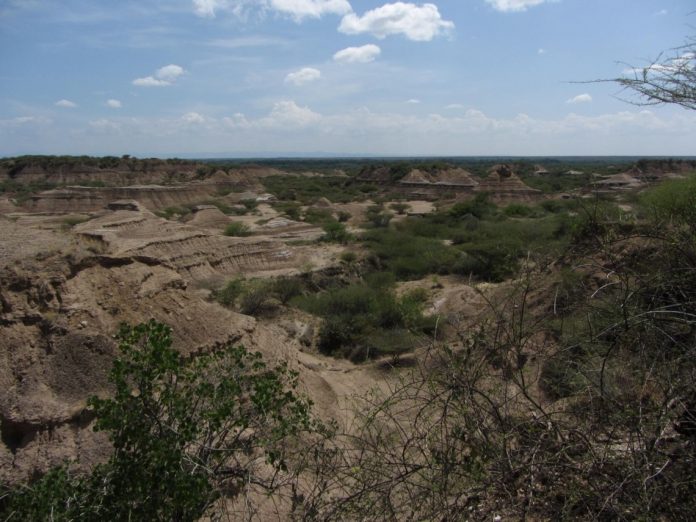 A new discovery pushes back the oldest age for Homo sapiens in East Africa, which could lead future studies to extend this figure even further.

Rewriting our history -once again-

The age of the oldest fossils from eastern Africa recognized as representative of our species, Homo sapiens, has been unclear for a long time. Now, the dating of a massive volcanic eruption in Ethiopia reveals that are much older than we thought . The remains, named Omo I, were discovered in Ethiopia in the late 1960s and are one of the oldest known examples of fossils of Homo sapiens and were dated to 200,000 years.

The new research work from the University of Cambridge (United Kingdom) modifies this date, placing them, at least 230,000 years ago.

Eruption of the Shala volcano 233,000 years ago

Researchers dated the chemical fingerprints of volcanic ash layers from the colossal volcanic eruption that rocked Ethiopia hundreds of thousands of years ago, which were found above and below the [ 19459014] sediment where the fossils were discovered. They collected rock samples from volcanic deposits and ground them down to submillimeter size. And according to the new findings, the minimum age of the remains is now limited to about 233,000 years, some 35,000 years older than previously thought.

“Using these methods, the generally accepted age of the Omo fossils is less than 200,000 years, but there has been a lot of uncertainty surrounding this date. The fossils were found in a sequence, under a thick layer of volcanic ash that no one had been able to date using radiometric techniques because the ash is too fine-grained”, explains Céline Vidal from the Cambridge Department of Geography, lead author of the study published by the journal Nature.

The remains of Omo I are undoubtedly considered the oldest Homo sapiens remains in East Africa, a key site in the rise of our species, often referred to as the cradle of mankind. Before these fossils there is no discussion. Not as in the case of the discovery in Morocco of remains of Homo sapiens dated 300,000 years ago, since there is no consensus that these remains are truly Homo sapiens, since they have a remarkably different skull shape from that of modern humans.

This study is crucial in the history of humanity because it supports the hypothesis of genetic studies indicating that the divergence of genes from the first populations of Homo sapiens could have taken place about 300,000 years ago. Judging by the fossil record, there could be an even older human hiding somewhere else on the African continent.

“Our forensic approach provides a new minimum age for Homo sapiens in East Africa, but the challenge remains to provide a limit, a maximum age, for their emergence, which is widely believed to have taken place in this region. It is possible that the new findings and new studies will extend the age of our species even further back in time,” says Christine Lane, head of the Cambridge Tephra Laboratory and co-author of the paper.