They discover a protein that favors obesity caused by our diet 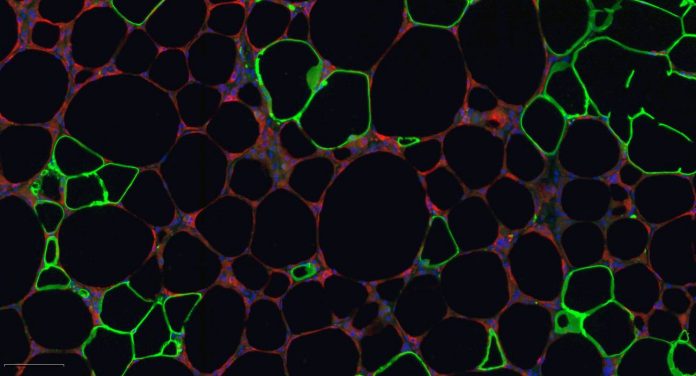 The obesity caused by what we eat has become an epidemic worldwide. Almost 40% of the adult population has this disease or is overweight, which leads to an increase in mortality  as well as the susceptibility to suffer from more than one disorder at the same time. In addition, it is closely related to the risk of developing cancer .

To this day, a large part of the mechanisms involved in the detrimental effects of this pathology are still unknown, making it difficult to have viable therapeutic strategies or develop new treatments to combat it.

A high-fat diet increases the expression of CPEB4 in adipose tissue, which contributes to the expansion of fat cells, inflammation, and increased body fat

Now, researchers from the group of  Translational Control of liver disease and cancer  of the Institut d’Investigacions Biomèdiques August Pi Sunyer ( IDIBAPS ), led by  Mercedes Fernández-Lobato , have identified the CPEB4 protein as a potential therapeutic target against obesity.

According to the results published in the journal  Molecular Metabolism , a diet rich in fat increases the expression of CPEB4 in the adipose tissue of humans and mice. This activates a set of genes involved in the expansion of fat cells, inflammation and the increase in body fat.

Furthermore, CPEB4 contributes to the alteration of the intestinal microbiota associated with obesity, since it increases the proportion of bacterial species considered pathological. However, its elimination in mice inhibits adipocyte differentiation  .

Likewise, it also reduces the accumulation of lipids in the abdominal cavity, the inflammation of adipose tissue, and weight gain, even if the animals are fed a diet rich in fat. Finally, the absence of the protein normalizes the composition of the microbiota and favors the presence of bacteria that protect the intestinal barrier.

“Our work reveals the existence of a regulatory circuit of the translation process of RNA to proteins, directed by CPEB4, until now unknown”, explains  Fernández-Lobato .

The absence of CPEB4 reduces the accumulation of lipids in the body and normalizes the composition of the microbiota, despite the fact that the animals receive a diet rich in fat

“This is an important novelty, since today research is mainly focused on the previous step, that is, the synthesis of RNA from DNA. Thus, our results promote a paradigm shift towards translational control, which can open new avenues of research to develop better treatments against obesity ”, adds the researcher.

The study, signed by  Núria Pell  as first author, is a first step forward that will allow the group to deepen and understand the mechanisms that increase the risk of liver cancer in obese people.

What is in the brain of adventurers?