They manage to grow a species of octopus for biological research 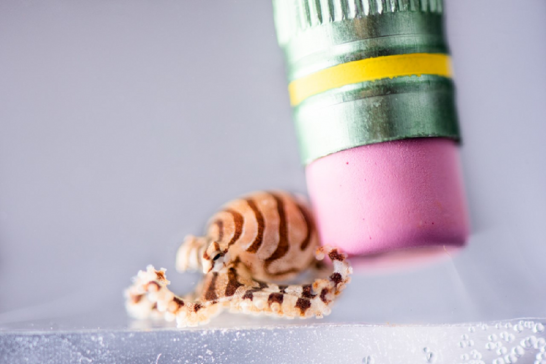 To study the fundamentals of biology, scientists have traditionally turned to a group of organisms, such as fruit flies, zebrafish, and mice, among others. All of them have a short life, a small body, can be raised for several generations in the laboratory and have been developed in genetic research. However, these organisms leave out a whole swath of biological diversity .

Now, in a study published in the journal Frontiers in Marine Science , researchers from the Marine Biological Laboratory ( MBL ) present the culture methods of a species with suitable characteristics to be a good animal model in biological research. They are Octopus chierchia , the pygmy zebra octopus .

“The pygmy zebra octopus has certain biological characteristics that make it attractive and more appropriate for laboratory research, compared to other octopuses,” says Bret Grasse , MBL researcher and co-author from the article.

Also known as the lesser Pacific striped octopus, O. chierchiae , it shares many useful similarities with other research organisms, such as its small size, but also has unique characteristics that distinguish it from others cephalopods – the group of animals that includes octopuses, squid and cuttlefish.

One of them is that most octopuses live fast and die young. “They reproduce once and immediately begin to age and then die relatively quickly,” notes Anik Grearson , a co-author of the paper. However, and unlike other species of octopus, a female of this species lays several clutches of 30 to 90 eggs throughout her reproductive period.

“We can mate them and know exactly when they are going to lay their eggs. We also know how long they will incubate and we can rear the larvae with a relatively high survival rate compared to other octopuses ”, explains the expert.

Its small size, sexual dimorphism and predictable reproduction make this species an ideal candidate for further exploration and investigation, according to the study authors.

The possibility of successfully raising octopuses in a laboratory opens “a novel science that has not been possible until now,” Grasse emphasizes.

Scientists around the world study cephalopods to understand things from camouflage and limb dexterity to regeneration and neurobiology .

In the United States, most researchers studying these organisms use the California two-spotted octopus ( O. bimaculoides ). However, this species has not yet been successfully bred in the laboratory, so its study animals are captured in the wild and sent to different laboratories from California.

“Now we have this species of octopus that is really small and can be raised regularly,” concludes Grearson.