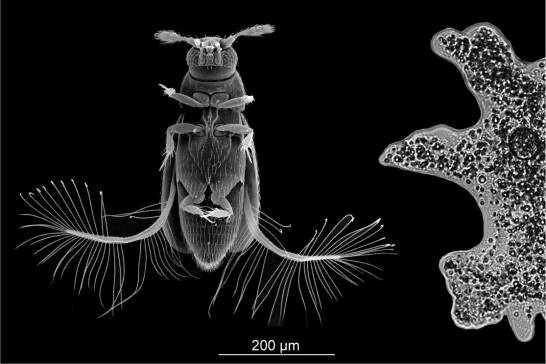 An international study, led by Professor Alexey Polilov of the Lomonosov Moscow State University (Russia) and published this week in the journal Nature , explains why the feathered wing beetle ( Paratuposa placentis ) flies amazingly well : a combination of its style of flight together with the morphology and lightness of its wings.

The feathered wing beetle (a fringed wing structure) is one of the smallest non-parasitic insects in existence, with an average size of only 395 microns (less than half a millimeter) which equals that of unicellular protists such as amoebas.

The flight speed of an insect is usually related to its size: the bigger, the faster it flies. At small scales there are limitations in terms of air friction, which is usually greater than the power of flight.

However, tiny beetles like Paratuposa placentis can fly at speeds similar to those reached by insects three times their size.

The article describes in detail the peculiar flight style of these beetles and shows how their fringed wings , whose mass is much less than other membranous for the same extension, work very well in very small arthropods.

“For larger insects, fringed wings are ineffective,” Polilov tells SINC, “but on such a small scale, the viscous friction forces of the air are large enough compared to those of inertia so that this type of wings are almost as good – in terms of keeping the air out – as the membranous ones of the largest insects”.

As if they were swimming

On the scale of these tiny beetles, the air behaves, in terms of viscosity, as if it were water , “which allows them to fly in a style similar to swimming, as if they were rowing with broom-shaped oars,” explains the researcher.

On such a small scale, air behaves in terms of viscosity as if it were water.

The authors have used state-of-the-art techniques, such as optical, electron, confocal laser microscopy and three-dimensional computer modeling , to perform the morphological analysis of the beetles.

“To study their locomotion we have used high-speed infrared video, and 3D reconstruction of the trajectories and movements of the parts of the body in flight, as well as new methods of computational aerodynamics” , highlights SINC Polilov.

The study of the flows and forces of air during the movement of the wings has been analyzed by building scale models of them, and simulating air conditions using glycerol. 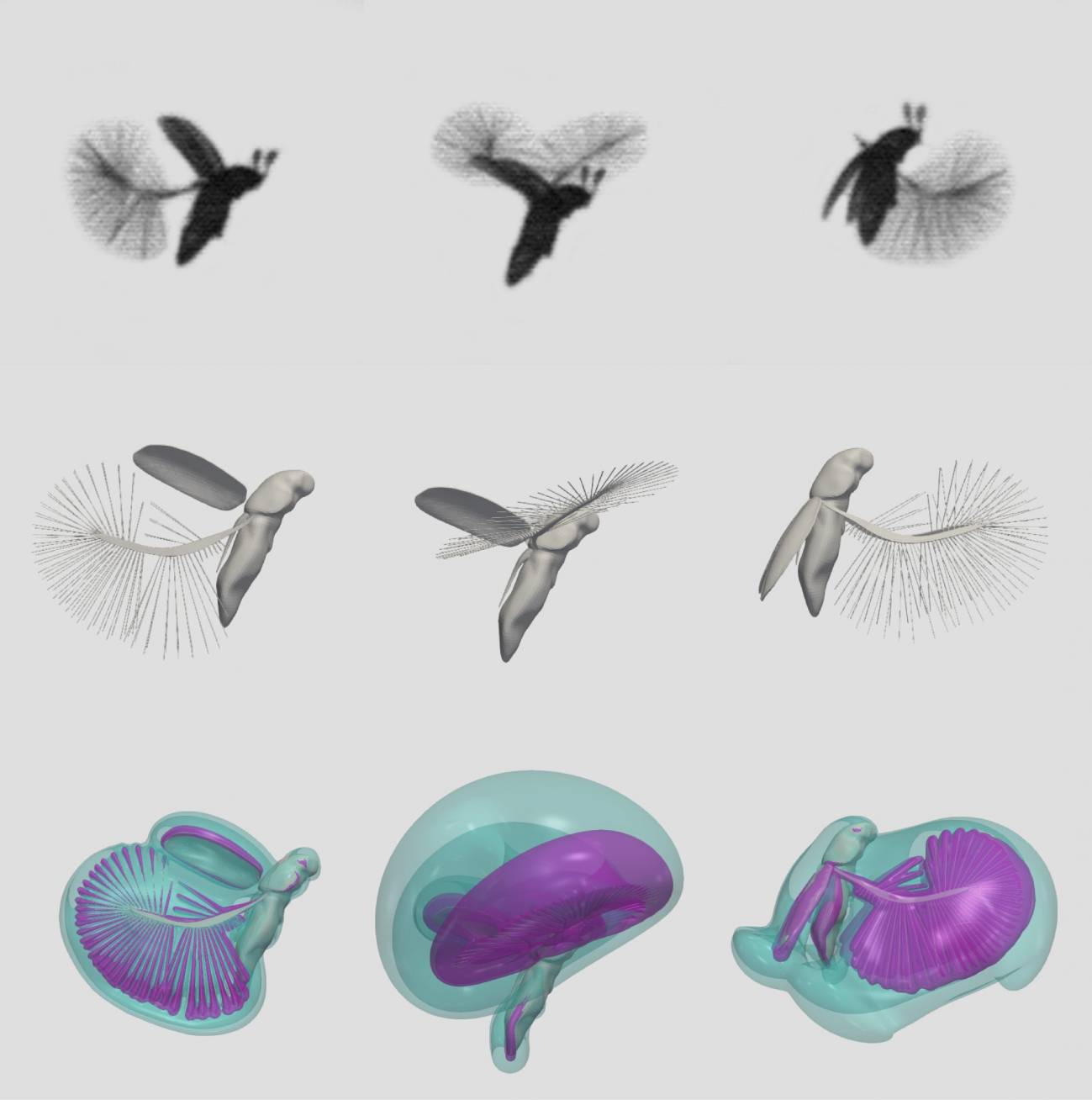 “This study is the first to perform a numerical simulation of the flight of this type of insect, and resolves the airflow over individual bristles in a highly realistic 3D configuration,” says Polilov.

The flight cycle that they have described in these beetles is different from that of any other known insect.

According to the researcher, the flight cycle that they have described in these beetles is different from that of any other known insect, consisting of two power strokes that produce a large upward force and two recovery shots that generate a smaller downward force.

“Until recently it was assumed that insects such as feathered wing beetles could not match larger ones in terms of speed and maneuverability in their flight,” underlines Polilov, who advances: “In the future we plan extend our detailed analyzes to other extremely small flying insects, such as parasitic wasps.”

Despite their extremely small size, these beetles are multicellular animals capable of advanced behavior and complex movements , including efficient flight.

The Russian researcher’s team discovered in previous works that this type of insect flies amazingly well for its size, and what they have now done is “describe their style of flight, which is quite unusual,” emphasizes the researcher .

The authors conclude that these adaptations could explain how tiny insects have retained such excellent flight performance during their miniaturization process [19459005 ] , which could be an important component of its evolutionary success.