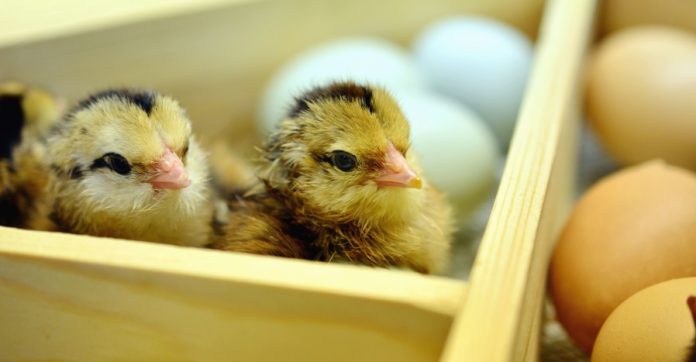 The high consumption of chicken requires the maximum fattening of the animal in the shortest possible time. Intensive farming puts stress on animals, which is transmitted directly to the meat and its effects reach consumers. What alternatives do we have?

The trends in food, animal welfare and the influence of both on the environment are debates that are increasingly present in national and international news. So much so that there are already many organizations and even governments that advocate a more sustainable diet, reduced in meat products.

The spotlight is on the livestock industry. In fact, already in 2015 the world health organization related cancer suffering to the habitual consumption of red meat and ultra-processed meat products . Based on those statements, the meat industry and research centers around the world have developed new enriched products with important beneficial properties.

In parallel, given the social awareness of animal welfare and the unsustainability of the development of intensive industrial livestock, in recent years new dietary models have also been developed in which to incorporate new sources of protein that avoid animal exploitation.

This is the case of the development of synthetic proteins “grown” in the laboratory, protein sources synthesized by bacteria , microalgae or insects as meat substitutes that can help alleviate hunger .

Although the consumption of insects does not seem to be fully established in our society, some varieties are already accepted by the European authorities and considered safe . In fact, some of our pets already enjoy delicious and sustainable foods based on edible insects.

However, although the consumption of these new and beneficial products grows exponentially, and in a directly proportional way to the world population, are these changes feasible in today’s society? Is the average consumer willing to replace meat with other sources of protein whose production is less polluting?

Meat and meat products are one of the most consumed food groups in Spain. Meat products account for almost 25% of the total consumed in households.

In 2020 alone, at the epicenter of the pandemic we are experiencing, meat consumption increased by 10% compared to the previous year, which meant an expense of €350 (20.4% of the expense for food ) for the almost 50 kg of meat consumed per person per year .

Particularly, the consumption of chicken meat, one of the star products in Spanish refrigerators, and the cheapest, accounts for 27% of the total meat consumed.

To meet these needs, 696 million chickens were slaughtered in Spain in 2020, which represents a total of almost 800 million birds (including chickens, hens, turkeys, ducks and others) only in 2020.

But what do these animals eat to be profitable for the industry?

A broiler chicken has an average life of 40-45 days and its diet, mainly based on cereals, varies depending on the growth phase in which they are.

The first 5 days of life are decisive for the health of the animal and, therefore, for the quality of the meat obtained from it. From the first to the fifth day, the feed is enriched with a wide variety of vitamins, minerals, fatty acids and essential amino acids, necessary to largely avoid future illness and, consequently, the use of antibiotics or other medications.

In addition, from the sixth to the fifteenth day of growth, the chickens are fed a similar hypercaloric formula to increase their weight, which is repeated from 16 to 30 days, when the percentage of cereals, flours and yeasts increases exponentially to ensure maximum fattening.

Finally, from 31 days until the slaughter of the animal, the chickens are fed with specific feed to balance the proportions of meat and fat until they reach maximum weight.

During this entire period it is important that the diet of the chickens includes all the nutrients necessary to strengthen the bones and, above all, their legs, since, otherwise, by quadrupling their weight, they can break.

Despite the strict legislation on food safety and animal welfare of the European Union, there is no doubt that intensive farming is stressful for animals, and their stress is transmitted directly to the meat that finally reaches the consumer.

On the one hand, through ante mortem strategies, recent research has shown how the incorporation of essential minerals and extracts from Mediterranean plants (such as rosemary , thyme or olive ) increase the quality of the meat and the health of the animal.

On the other hand, strategies have been developed post mortem , during the production of meat products ( mortadella , sausages Frankfurt , chorizo, fuet , chicken nuggets , hamburgers , etc.), whose consumption also grows every year.

In this case, supplementation with plant extracts has been shown to have great properties as preservatives, and potential benefits for the human body, which helps to avoid health disorders derived from oxidation and cellular inflammation.