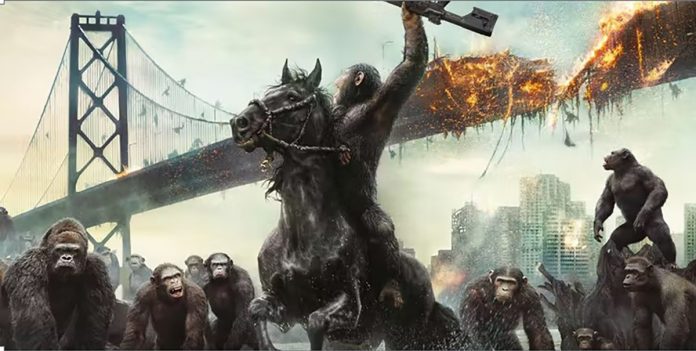 In a post-apocalyptic future, what would happen to life if we humans disappeared?

After all, the human species is likely to be extinct long before the sun turns into a gigantic red ball and wipes out all living things on the face of the Earth.

Assuming we don’t wipe out other living things first (something unlikely despite our tendency to wipe out species ), history tells us there will be fundamental changes once humans are no longer the planet’s dominant animal species.

So if we could jump back in time to about 50 million years after we disappeared, what would we find? What animal or group of animals would take over from us as the dominant species? Will a Planet of the Apes be born like the one in the movies? Or will dolphins , rats, tardigrades, cockroaches , pigs, or ants dominate the Earth ?

This question has given rise to much speculation, and lists of candidate species have been made by numerous writers. Before we speculate, however, we need to explain what we mean by dominant species.

LET’S LIMIT OURSELVES TO THE ANIMAL KINGDOM

It could be said that the current era is the era of flowers . However, when envisioning the future, no one imagines Audrey 2 from Little Shop of Horrors (although fictional triffids did have characteristic animal traits, such as predatory behavior and the ability to move).

Let us therefore limit ourselves to the animal kingdom, more for practical than philosophical reasons. By some criteria, the world has always been dominated by bacteria , even though the “ age of bacteria ” ended about 1.2 billion years ago. But it was not because bacteria ceased to exist or because their prevalence decreased, but because we tend to give more importance to the large multicellular organisms that came later.

By some estimates, four out of five animals are nematodes (roundworms). So, with these examples, it is clear that neither prevalence, nor abundance, nor diversity are essential to be the dominant way of life. Instead, our tendency is to think of large, charismatic bodies.

THE MEEK SHALL INHERIT THE EARTH

There is an indisputable degree of narcissism in how we humans designate the dominant species, as well as a tendency to bestow this title on our close relatives. Planet of the Apes imagines that our primate relatives could develop speech and adopt our technology if we gave them enough time and space.

But it is unlikely that non-human primate societies will inherit our dominance on Earth since the apes will probably be extinct before we do. We are already the only living hominid that is not in danger of extinction. And it is not likely that the crisis that could end our species left the other great apes on the sidelines. In fact, any type of extinction that affects humans would also be dangerous for those organisms with similar basic physiological needs.

Even if we humans succumbed to a global pandemic that affected few mammals, the great apes are precisely the species most at risk of contracting new diseases that could eliminate them from Earth.

Could another, more distant relative (primate, mammal or otherwise) develop intelligence and a society similar to ours? That doesn’t seem likely either. Of all the species that have theoretically been dominant animals at some point, humans are unique in their exceptional intelligence and manual dexterity. It can be deduced, therefore, that such qualities are not a requirement to be the dominant species or to evolve. Evolution does not favor intelligence per se, unless it leads to a higher level of survival and reproduction. Therefore, it is a serious mistake to think that our successors will be especially intelligent, that they will be social beings, that they will be able to speak or that they will be technological experts.

So, can we say anything about the dominant species 50 million years after the extinction of the human being? The answer is as disappointing as it is surprising. We can be pretty sure it won’t be a talking chimpanzee, but we have no idea what it will be.

The Earth has seen a large number of mass extinctions throughout its history. The diversification of life after each event has always been relatively rapid and the adaptation of new species produced new forms of life very different from those that spawned them after surviving the previous extinction.

The little creatures that ran under the feet of the dinosaurs in the late Cretaceous period were very different from the cave bears, mastodons, and whales descended from the Age of Mammals. Likewise, the reptiles that survived the Permian-Triassic mass extinction some 250 million years ago, which wiped out 90% of marine species and 70% of terrestrial ones, did not resemble pterosaurs, dinosaurs, mammals and birds that descended from them.

In Wonderful Life: The Burgess Shale and the Nature of History , the late Stephen J. Gould argued that chance, or contingency, as he used to say, played a major role in the great transitions of animal life. There is room to argue about the relative importance of contingency in the history of life, which remains a controversial topic today. However, Gould’s insight that the survival of modern races after future extinction can hardly be foreshadowed is humbling about the complexity of evolutionary transitions.

Although it could happen that the ants take over from us in the domain of the Earth, as has been speculated, it is impossible for us to know what those dominant descendant ants of the current ones will be like.

This article was originally published on The Conversation . Read the original