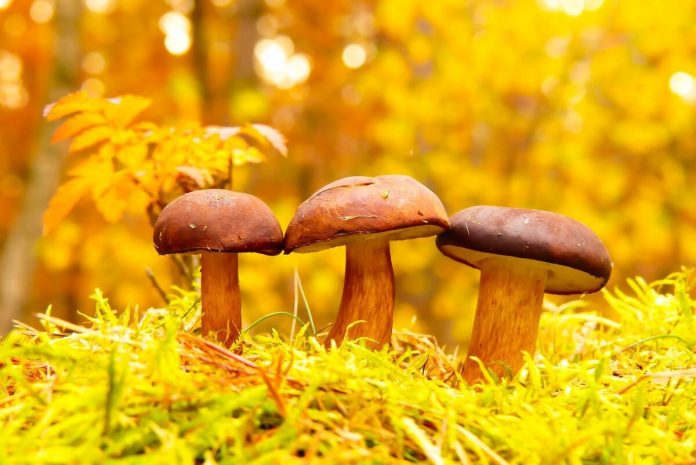 They are an alternative to leather and meat, with a greater contribution of fiber and a total absence of cholesterol. New drugs, biofuels and a solution to reduce CO2 from the atmosphere are expected of them. The future belongs to mushrooms

His presence in human culture dates back to the mists of time. Since ancient times, forest mushrooms have been used as food and pharmaceuticals. The snowman, Ötzi , discovered on the Italian-Austrian border, carried, more than 5,000 years ago, dried mushrooms in his luggage as medicinal support .

In traditional Chinese and Indian medicine, mushrooms play a fundamental role, and species such as Ganoderma lucidum are the basis of important research work in the search for anticancer glycosides .

An alternative use of mushrooms is the one they say Agrippina made of the poisonous mushroom Amanita phalloides to entertain her brother Caligula and, incidentally, clear the imperial path to his son Nero.

The needs of the future

Today, fungi are more important than ever. The future of our species requires an urgent ecological transition, a priority objective of the European Union to achieve climate neutrality in 2050. To achieve this, there are important initiatives underway to recover the biodiversity of the planet; to transform the current food model into a sustainable system , and to promote the circular economy . Fungi play a crucial role if we want these goals to be met.

They are the main biomass decomposers, in addition, they are an alternative source of protein for feeding a growing humanity, and are essential for the stability of forest systems.

For all this, they are, more than ever, in the crosshairs of science.

In the Genetics, Genomics and Microbiology GenMic research group of the Public University of Navarra (UPNA) we have been working for thirty years on molecular biology, genetics and genomics of mushrooms ( higher basidiomycetes), to develop applications in these fields.

The most unknown mushrooms

There are two groups of fungi: the ascomycetes, which generally appear as unicellular organisms (yeasts) or filamentous (molds), and the basidiomycetes, which produce large fruiting bodies (mushrooms) mostly associated with plants forming mycorrhizae.

Ascomycetes have been extensively studied, since this group includes such important species from a technological point of view as bread, wine and beer yeast ( Saccharomyces cerevisiae [19459010 ] ), the yeast Candida albicans and the filamentous fungus Aspergillus fumigatus , causing, among other things, opportunistic infections in humans .

In the group of ascomycetes there are also producers of antibiotics, such as penicillin ( Penicllium notatum ), and cyclosporine ( Tolypocladium inflatum ) or lovastatin ( Aspergillyus terreus ), used as a medicine against cholesterol.

However, the second group of fungi, the basidiomycetes, are much less well known, and our working group has specialized in them.

In search of new drugs and industrial products

In any forest around us, in autumn or spring, you can see various types of mushrooms on the ground or growing on tree trunks that reflect a huge network of invisible filaments.

This network is the vegetative biomass that the mushrooms form. In fact, the largest living organism identified on earth is a basidiomycete fungus ( Armillaria ostoyae ) whose mycelium covers an area of ​​more than 900 hectares in an Oregon forest.

The great variety of forest ecosystems with their diversity of interactions with plants, animals, bacteria and other fungi suggests that the basidiomycetes of these ecosystems, which appear as a hinge between the plant and animal kingdoms, must produce an unexplored variety of enzymes and secondary metabolites that can enrich the arsenal of drugs and industrial products that we currently have.

One of the lines of work of our group is to identify those enzymes of interest produced by basidiomycetes to produce them and use them in industrial or pharmaceutical applications .

Fungi are, along with animals and plants, the third group of macroscopic organisms in our world. They share their immobility with plants, although, unlike them, they are not capable of photosynthesis, so they must decompose matter in their environment to feed.

This system for obtaining food makes fungi the main decomposing agents of plant biomass, and makes them essential in the carbon cycle in forest environments.

Basidiomycete fungi have played a fundamental role in the geological accumulation of carbon deposits in the form of fossil fuels. The appearance of a group of them (the so-called white rot) has even been associated with the end of this accumulation and, therefore, at the end of the Carboniferous period. This reflects the enormous work of biomass recycling on the planet, throughout its history, that these fungi have developed.

Our group has collaborated intensively with the Joint Genome Institute of the University of California in basidiomycete genomic and metagenomic sequencing projects. We want to identify new variants of enzymes and processes that allow us to better understand the carbon cycle and develop applications from those fungal enzymes involved in it.

They are a food rich in protein and highly appreciated in gastronomy. However, to this day, many species cannot be cultivated. The boletus ( Boletus edulis ), the milk cap ( Lactarius deliciosus ) and the black truffle ( Tuber melanosporum ) are some examples.

There are other species that have been cultivated, such as the mushroom ( Agaricus bisporus ), the oyster mushroom ( Pleurotus ostreatus ), the cardoon ( P. eryngii ), the Shiitake ( Lentinula edodes ) and many others that are also highly appreciated in the kitchen and on the market.

Our group has participated in the development of genetic and molecular tools to improve the cultivation and production of the oyster mushroom. We got the sequencing of his genome in an international collaboration project developed at the JGI .

We are now working to understand the complex reproduction of basidiomycetes, and this will allow us to develop strategies for their manipulation and to induce fruiting in mushroom crops that until now can only be harvested seasonally.

Biofuels as a future

The oyster mushroom P. ostreatus is a white rot fungus ( white rot ) that degrades wood lignin. By degrading it, it leaves the cellulose open to attack by other microorganisms and enzymes.

These enzymes make the enormous amount of carbon stored in lignocellulose available to fermentative processes: the main carbon deposit on Earth.

This process is of great interest for the biological treatment of plant and forest residues that will allow obtaining second-generation biofuels.

Our group participated in the sequencing of the genome of Serpula lacrymans in a project that shed light on the mechanism by which this type of fungi performs its ecological function.

Finally, let’s look at the future of food and clothing. Fungi can produce new proteins that complement or replace those of animal origin in the form of supplements or as a base to produce alternatives to meat with a greater contribution of fiber and a total absence of cholesterol.

But perhaps a recent spectacular advance has been the use of fungi to produce alternatives to leather in the manufacture not only of accessories (high-end bags, sneakers) but also of fashion lines such as the one recently presented by Stella McCartney in Paris based on the use of mushroom vegan leather .