The Size Of Prehistoric Frogs Helped Their Survival 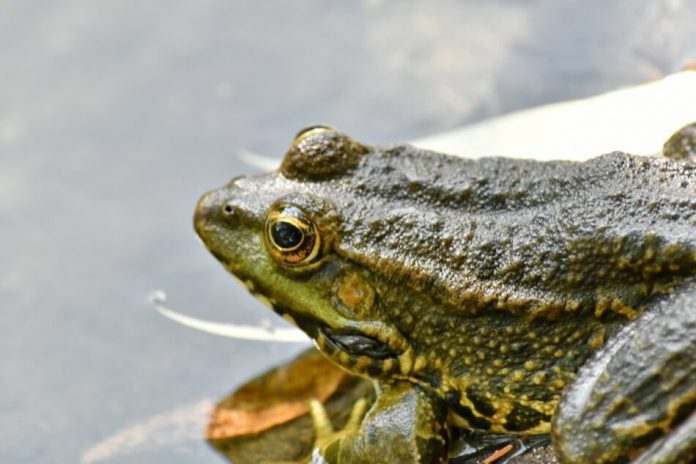 1.5 million years ago, in the wetlands of Orce, Granada, there were titanic mammoths, imposing hippos, fierce saber-toothed tigers, cunning hyenas. All these species have become extinct in the place. However, the common frog adapted to inclement weather, and did so by increasing its size.

The protagonist of the research carried out at ProjecOrce is the humble common frog ( Pelophylax perezi ), as common then as it is today in Europe.

In recent years, many scientific works have highlighted the ability of amphibians and reptiles to adapt, defining them as excellent indicators of the ecological and climatic changes that occur in ecosystems. At the Orce (Granada) sites, world-renowned for their relevant contributions to the field of human evolution, the study of these small vertebrates provides clues about the climate and ecosystems that our ancestors inhabited.

In order to analyze the size of these amphibians, the fossil humeri of green frogs ( P. perezi ) from the Orce sites have been studied. Taking measurements of the humeri, the scientists deduce the size of the prehistoric frogs that inhabited the lakes in the area.

In the case of the Orce sites, during periods when the climate is cold and dry and the frogs have few resources within their reach, they were larger and thus were able to store more energy, withstand low temperatures and increase their fertility, since opportunities to reproduce are scarce. That is to say: the quality of the eggs is prioritized, thus increasing the chances of the tadpoles to complete their development and survive.

“However, during the most favorable periods (warm and humid) in which there are more resources, the frogs do not need to be large and can invest all their energy in reproducing on more occasions. In this case, the number of eggs that can be laid during the breeding season is prioritized and not their quality. In addition, during these periods of abundance, the ecosystems are more humid and rich in plant species, so the frogs do not need to be large to conserve moisture. On the other hand, when the climate is drier, a higher surface-to-volume ratio decreases the loss of water by evaporation, thus favoring larger individuals,” says Martínez-Monzón.

Regarding the diversity of amphibian and reptile species, the study carried out at the UGR shows that it is directly related to the resources provided by the ecosystem. During interglacial periods (when natural resources increase), diversity rises and, therefore, so does competition between species. This is consistent with the fact that frogs invest a large part of their resources in maximizing the opportunities to reproduce, leaving somatic growth to one side.

“The study of the diversity and size of amphibians serves to complement and confirm the results of paleoclimatic and paleoenvironmental reconstructions, which are so important to establish the context of this and other archaeo-paleontological sites, as well as to better understand the adaptive processes of these vertebrates”, points out the director of ProjectORCE.

This work has been led by Almudena Martínez-Monzón and Hugues A. Blain (IPHES, Tarragona) within the framework of ProjectORCE, coordinated by the University of Granada (UGR) and directed by Juan M. Jiménez-Arenas, researcher in the Department of Prehistory and Archaeology. The work is available in the prestigious journal  Palaeogeography, Palaeoclimatology, Palaeoecology . It is financed by the General Directorate of Historical and Documentary Heritage of the Ministry of Culture and Historical Heritage (Junta de Andalucía).