Whale vomit: a rare substance that looks like floating garbage, but can cost up to $71,000 per kilo 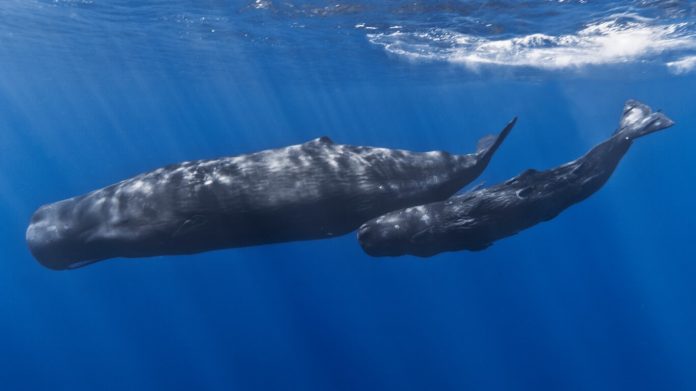 A couple of weeks ago, Aida Zurina Long was fishing near the Malaysian Fisheries Development Authority when she saw a strange object floating in the water. At first, he thought it was garbage. The look, here between us, was not good at all. However, her father (who had come down to the jetty to greet her and had been a fisherman for many years) got a hunch .

A waxy lump like that could be whale vomit. They picked it up and tried to set it on fire. The result was a sweet smell. They have just found five kilos of ambergris, a rare and little-used substance that, in the world of perfumery, can reach up to $ 71,000 per kilo .

It happens from time to time. In 2016, a couple strolling along a Moracambe Bay beach in Lancashire, UK, also found a waxy lump with an odor “halfway between squid and barnyard manure . ” It was 1.57 kg, a little less, yes; but all a “fat” of Christmas.

To understand why a piece of ambergris can be so valuable you have to know what it is. The main component of this product is ambrein, a substance that can only biosynthesize the digestive system of sperm whales . Actually, its function has nothing to do with odors (in fact, it has no odor): it is a product that sperm whales produce to solve a problem derived from the main component of their diet : squid.

The digestive system of sperm whales cannot digest squid beaks (typical cephalopod jaws). Very few animals can digest these beaks and, de facto, they are almost the only remains found of dead cephalopods. The interesting thing about sperm whales is that they secrete ambrein to encapsulate the beaks and that they do not tear as they pass through the animal’s body.

Once the mixture of ambrein, spikes, and another substance called epicoprostanol is made, it is expelled from the animals either as fecal matter or as vomit (hence its popular name). And subsequently, wandering through the sea that discolors it. During this process of sea drift, the fecal matter disappears quickly and the package picks up odor from the ocean .

What is it for?

As I said, ambrein does not have its own odor , but it has a very curious property: when exposed to a certain type of active oxygen, it is capable of fixing volatile oils by slow evaporation. That is, it allows the aroma to last longer .

Today, most perfumers use synthetic ambrein. However, the scarcity of this product (after all, there are not always giant lumps of ambergris in the fecal material of sperm whales and, on the other hand, there are not as many sperm whales as there were once) makes it a particularly special product. sweet tooth for luxury perfumes . That is what triggers its price.

It has some other uses, it is also true. Traditionally, this product has been considered to be an ‘aphrodisiac’. Fortunately, it is not just a myth and, today, we have studies that seem to support it … in rats . The rest are currently gossip. But gossip that is worth its price in gold .