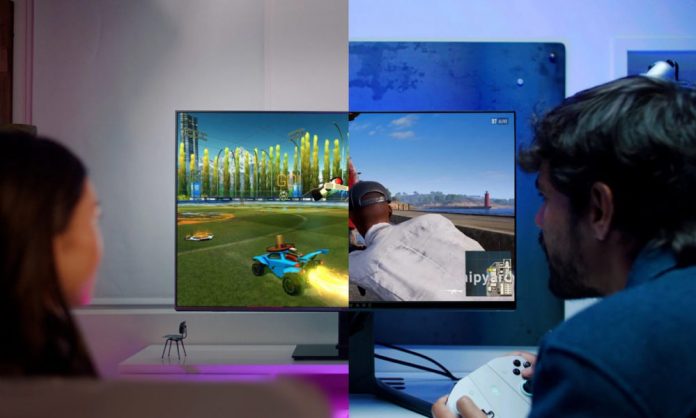 Just a couple of days before the official start of CES 2022 , we have seen how some companies have begun to advance their entire line of announcements for this year, with various products from Samsung or Dell, who through its gaming brand Alienware , presents a new concept of game broadcasting service with which we can move and continue our games between different platforms .

The basic idea behind the so-called “Concept Nyx” by Alienware , is none other than creating a server powerful enough to run and broadcast all our games within our home network, thus being able to open them from any of the compatible smart devices within this network, such as televisions, mobiles or computers.

Given the great popularity of this type of streaming services for games such as Stadia or Xbox, soon to be joined by PlayStation , Alienware could have found an interesting solution for those homes in which that multiple players coexist. And it is that as they showed during a recent demonstration in New York, in which some international media such as Engadget were able to participate, this platform seems to be capable of running at least up to two games at the same time simultaneously .

Something that, although it does not seem like a great feat for an online service, changes notably when we talk about playing both juices on the same device . However, as detailed by the American media, unfortunately these games were running in quite small windows, significantly damaging the experience. Although it is undoubtedly a rather unusual scenario.

On the other hand, it should be noted that, since all rendering and processing will be performed directly over our home network, Concept Nyx will offer a lower latency experience than current cloud gaming services, which are based on servers hundreds of miles away.

However, it should be noted that at the moment it is only a concept , so despite the fact that it already has a platform for demonstrations, we still do not know the state of development of the same , or even if the company will finish completing a definitive product. In fact, from Alienware they have wanted to maintain a great secrecy about how the Concept Nyx servers are or will be powered, so they could still be trying to solve some of the main points.

Finally, we cannot fail to mention the fact that these promotional images of Concept Nyx show us in turn the command of Concept UFO by Alienware, a portable PC similar to the Nintendo Switch and the Steam Deck that was first introduced two years ago, and unfortunately still has not been presented.

In this way, two possible futures are presented : either Concept Nyx could end up taking the same path and end up as “what could have been”, or we could be before the next joint presentation of two really interesting products for the gaming scene.