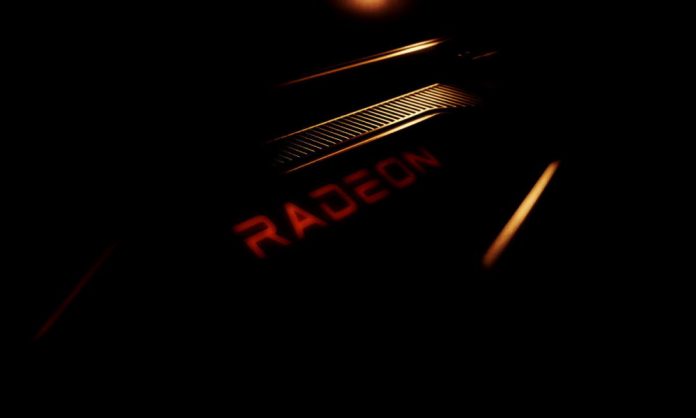 A fairly reliable source has released an interesting rumor, where he assures that AMD is working on the Radeon RX 6950XT, 6850XT and 6750XT , three high-end graphics cards and range medium-high that will arrive, in theory, sometime in the second quarter of the year, and that will serve as a minor renewal with which to face the new versions of the GeForce RTX 30 that NVIDIA plans to launch.

It is not clear if these new Radeon RX 6950XT, 6850XT and 6750XT will replace the current models, that is, the Radeon RX 6900 XT, Radeon RX 6800 XT and Radeon RX 6700 XT, but seeing the problems that the semiconductor sector continues to drag, where rampant shortages continue to prevail, is most likely, and I do not think that, seeing the availability that the Radeon RX 6000 have had, AMD is going to have enough chips to hold both lines.

As for the new Radeon RX 6950XT, 6850XT and 6750XT, everything seems to indicate that they will use the same graphics chip as the original models, and therefore will not bring important changes at the GPU level, is That is, they will keep the shader count and other specifications. If this is confirmed, their raw power will be identical, but they will offer higher performance thanks to the integration of faster GDDR6 memory.

Faster GDDR6 memory equals higher bandwidth, but how would this really benefit your performance? It is a good question, and the answer is not complicated , it would improve its performance slightly in 1440p resolutions and, above all, in 2160p , since that is when not only the bandwidth is most noticeable, but also the also the limitations of the infinite cache. This will obviously continue to be present, since the RDNA2 architecture revolves around it .

GDDR6 memory speed boost would be 2 GHz, meaning Radeon RX 6950XT, 6850XT and 6750XT would have 18 GHz chips (original models run at 16 GHz) . Some fairly reliable media say that these new chips would be supplied by Samsung, and that they would be units that originally ran at 20 GHz, but were limited to 18 GHz for stability reasons. It makes sense, since those kinds of chips would be cheaper.

In the attached table we can see listed all the graphics cards that make up the Radeon RX 6000 series, and also the future Radeon RX 6950XT, 6850XT and 6750XT. It is curious, because despite what its nomenclature indicates, the Radeon RX 6950XT does not have to become the most powerful graphics card of its generation , since the liquid-cooled Radeon RX 6900XT mounts memory to 18 GHz, and reaches a higher maximum peak frequency at the GPU level. 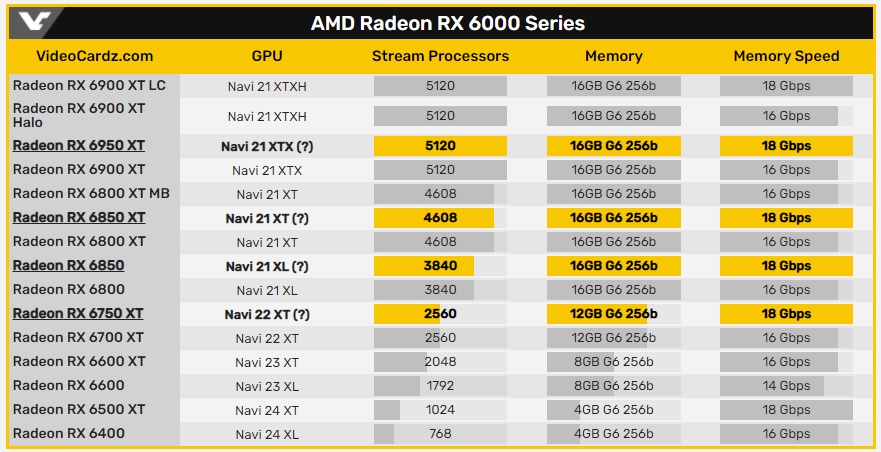